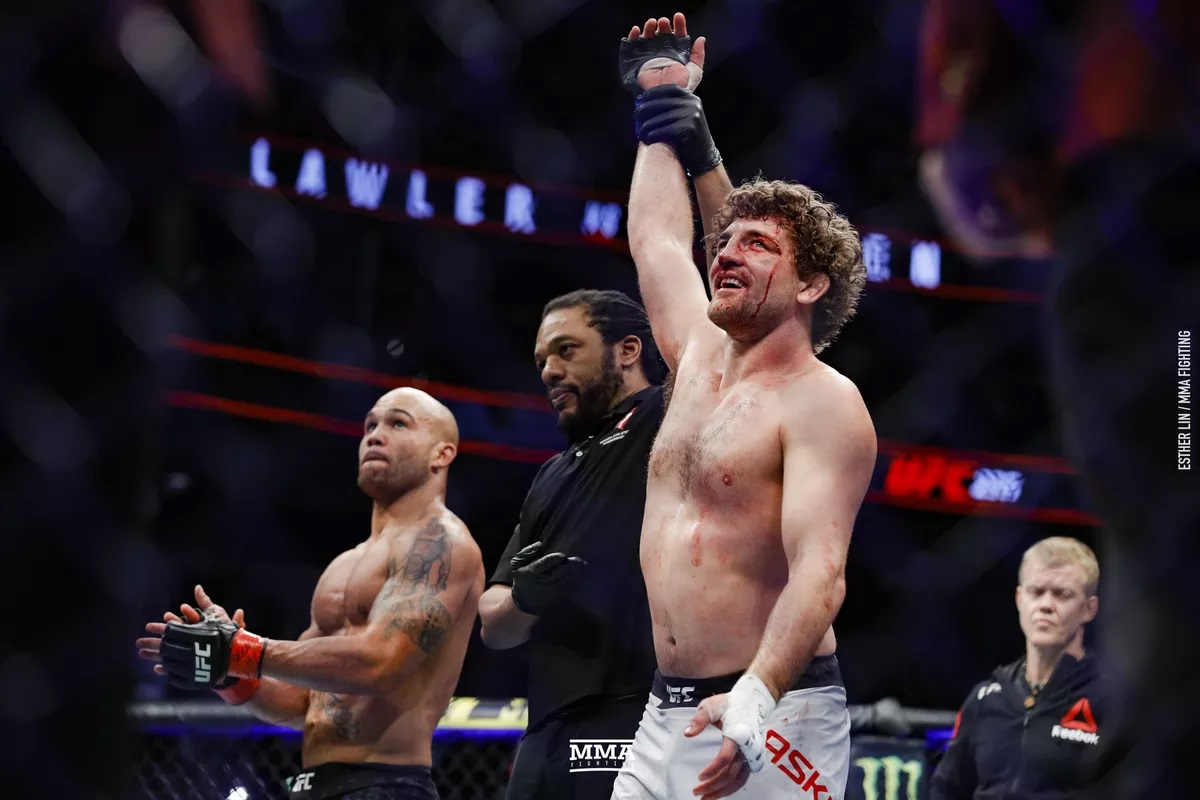 The UFC heads to Singapore this week for Fight Night 162 headlined by Askren and Maia in a fight that is stylistically fascinating.

Both these fighters are experienced on the ground. Askren, an accomplished wrestler likes to get a hold of his opponents, drag them to the ground, control them and then land strike after strike on route to a decision victory or ground and pound KO. Maia on the other hand has an incredibly effective jiu jitsu game and is as dangerous as any fighter on the UFC roster when it comes to submissions. For this fight you need to work out if Askren can control Maia on the ground and whether or not he can neutralize his submission game. Simply, I don’t think he can for five full rounds. Maia has a knack of finding your back and staying there until either the bell rings or he gets the submission. He is the better striker, although both are incredibly basic and one dimensional, and can threaten submissions from on top and off his back. Askren is as tough as they come but Maia is greatly underrated by the market here and gets the win on his way back into title consideration.

Due to a lack of real individual value on this card apart from Maia we are going to have a main card multi and a preliminary card multi.

My only concern in this fight is that Dariush is getting on a bit in the MMA game and is susceptible to being clipped and knocked out. However, he is a more seasoned striker and is a seriously dangerous on the ground. The market should be much wider apart than it currently is.

Simply if Salikhov can avoid the big power shots of Starapoli which I believe he does, he can make it two wins in two months. His performance against Nordine Taleb was as near perfect as you can get knocking him out inside a round and I see this only going the same way.

Fiziev is the more technical and powerful striker in this matchup. White will have to employ his takedown heavy attack here and when he has attempted this in the past against better opposition he has really struggled. Fiziev’s key to victory is to control the tempo and keep moving forward on White. Assuming he does he gets the victory here either by knockout or a wide decision victory.

Enrique Barzola will aim to take this down from the start and the takedown attempts will likely hit double digits if this fight does go the distance. Evloev is no slouch on the ground submitting four opponents in his professional MMA career and mixing wrestling in well into his attack. The difference between the two is Evloev has a better stand up game and a stronger submission game ultimately earning him the win wherever this fight takes place. Evloev is becoming increasingly effective and continues to grow as an MMA fighter. I am a big fan of his and think he notches another win here as he continues onto bigger and better fights.