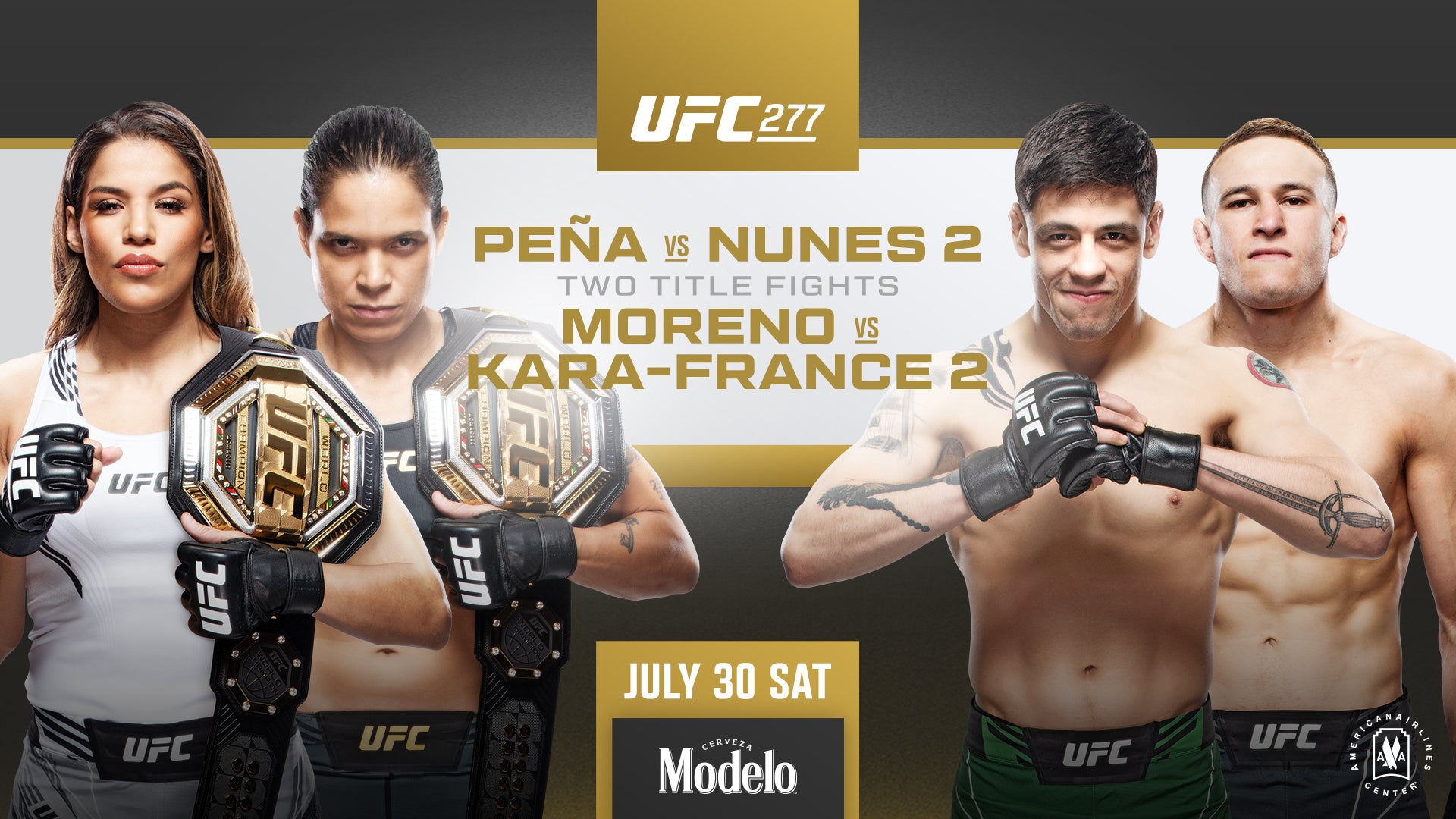 Dallas, Texas hosts a stellar pay-per view card this weekend headlined by a rematch of one of the greatest upsets in UFC history. Women’s Bantamweight champion Julianna Pena, looks to make it 2-0 in this weekend’s main event against the woman largely considered the best to ever do it, Amanda Nunes. In the co-main Brandon Moreno faces Kai Kara-France for the interim Flyweight title and Alexandre Pantoja meet Alex Perez in a fascinating contest. We take a look at my three best bets on the card below.

Julianna Pena pulled off one of the biggest upsets in UFC history when she defeated Amanda Nunes and will be out to prove it wasn’t just a fluke in the rematch this weekend. Pena did exactly what she said she would, getting in the Lioness’ face and taking her into deep water. Nunes crumbled in the face of adversity, a worrying sign if she is once again unable to get Pena out of there early. While she may have blamed injuries you could see she just didn’t have an answer or a back up plan for when she couldn’t put Pena away.

While I believe Pena is a better chance than the market gives her credit for, I have to side with Nunes to reclaim her belt. She is the stronger fighter everywhere when fresh and as long as she hasn’t arrogantly blamed the loss solely on her injury, she comes out a more poised version of herself and gets Pena out of there this time around.

The first time the pair met it was a closely fought affair with Moreno edging out a close decision. Since then Moreno has gone on to claim Flyweight gold and in my opinion won his most recent title fight and should still be the champion. Regardless of that, he meets a worthy challenger in Kai Kara-France who is surging at the moment on the back of a demolition job of Cody Garbrandt.

My concern for Kara-France is Moreno’s striking has come on in leaps and bounds since their first encounter and is likely to be able to hang with the Kiwi on the feet and dominate on the ground.

Both Askarov and Bontorin took Kara-France down and controlled him, which bodes poorly against Moreno. The Mexican is in my opinion is the best Flyweight in the world and will likely be for the coming years, so back him to outwork a game Kara-France on route to another chance to regain his title.

BRANDON MORENO TO WIN (-210 AT POINTSBET)

Alex Morono is always an entertaining fighter to watch but he is far from a top fighter. He is a slugger on the feet who can wrap up a slick opportunistic submission. However, it is his sloppy striking which will be his downfall against Matthew Semelsberger. Semelsberger has the wrestling to keep it on the feet and the striking speed to completely pick apart Morono as he marches forward. Expect him to piece him up and either securing a knockout victory or a wide decision win.