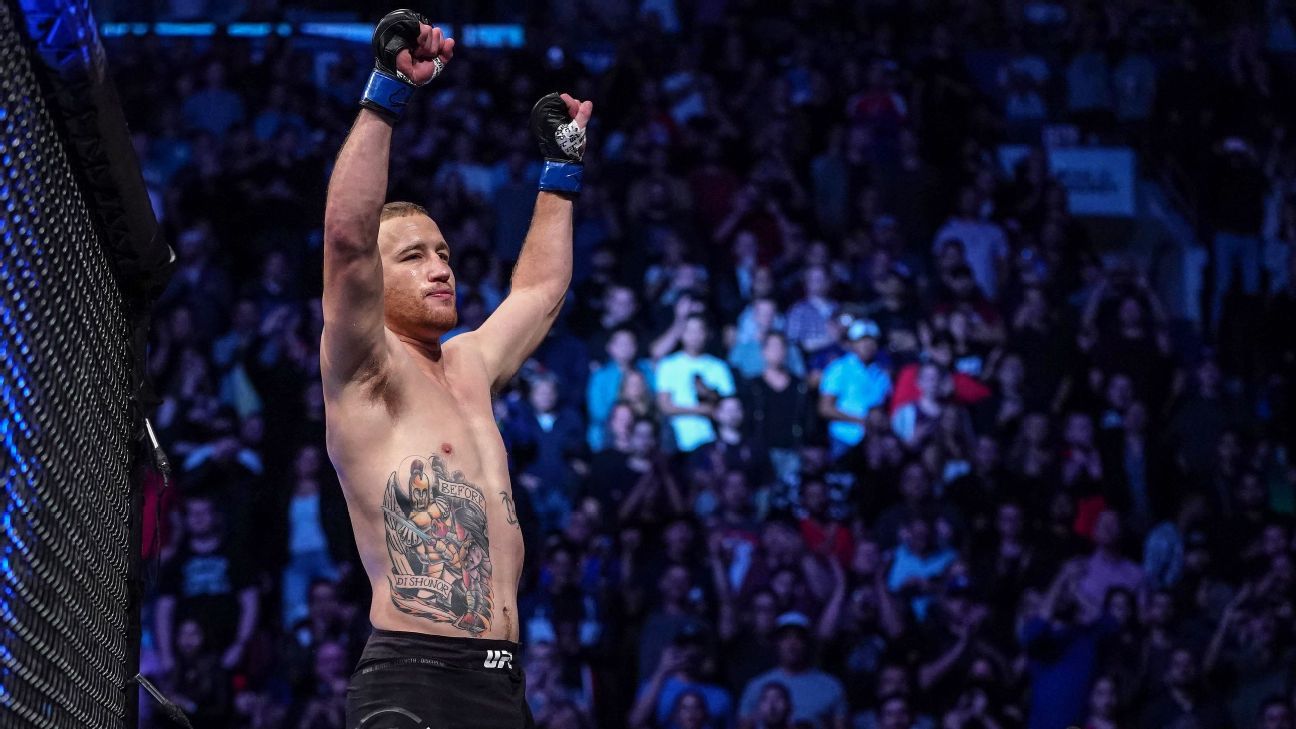 The stacked UFC 274 card rolls into the Footprint Center in Phoenix for a fight card that is not to be missed. In the main event Brazilian champion Charles Oliveira looks to defend his title for the second time when he meets the walking highlight reel Justin Gaethje in the main event. In the co-main, Rose Namajunas and Carla Esparza square off in a rematch over seven years in the making. Tony Ferguson and Michael Chandler also go head-to-head on the main card as do UFC veterans Donald Cowboy Cerrone and Joe Lauzon. Let’s take a look at my best UFC bets on this weekend’s card below.

The oddsmakers early on didn’t know who to side with but it looks like the handicappers have sided with Oliveira, however, I tend to disagree. Charles Oliveira is an elite jiu jitsu practitioner with excellent stand-up technique and underrated body work. Although his striking is top level, he has been dropped in both his title wins.

Justin Gaethje’s striking is to be feared by everyone and has the wrestling to keep every fight he has been in on the feet, except in his title bout with Khabib Nurmagomedov.

Gaethje can eat a shot which is why he often fights with his hands low, helping him prevent takedowns. While Oliveira’s ground game is as elite as it gets he doesn’t have the wrestling calibre in my opinion to take him to the mat. For what it is worth I believe if Oliveira can secure a takedown he will finish Gaethje but I am not convinced that he can, so therefore if that is the case we have a stand up war.

Gaethje just hits harder and Oliveira has been wobbled and dropped many times in the past which makes me believe he is in for a rough night. These two will go back and forth on the feet before Gaethje buckles Oliveira and knocks him out cold.

JUSTIN GAETHJE TO WIN (+150 AT POINTSBET)

Seven and a half years after Rose Namajunas and Carla Esparza battled it out for the inaugural Strawweight title they meet once again in a title fight.

Rose Namajunas is a vastly different fighter than she was when they first met. She has greatly improved her ground game, has a much better gas tank and her striking has become in my opinion the best in the division, built largely off seamless lateral movement.

Her opponent Carla Esparza has been building a nice resume out of the spotlight winning five in a row. While I believe this fight won’t be a Namajunas blowout win, I believe she will still leave this weekend’s clash the champion. I believe Esparza will struggle to get a handle of Namajunas’ movement, with the champion able to pick Esparza apart from range. As the fight wears on expect the cumulative damage to start to show on Esparza as Namajunas either stops the challenger late or gets the decision on the judges’ scorecards.

ROSE NAMAJUNAS TO WIN (-210 AT POINTSBET)

This fight will be fun but short. Donald Cerrone is a much better fighter than Joe Lauzon but has seen a massive fall off which sees him winless in his last six. Joe Lauzon on the other hand has been fighting fringe UFC fighters in his last few bouts and has only won one of his last four.

Simply if Donald Cerrone doesn’t win this, he should call time on his career. Joe Lauzon is equally battered over his UFC tenure and while he technically does have wrestling to rely on it isn’t anything overly impressive.

I expect Cerrone takes his head off with a kick before the end of the first and returns to the win column, hopefully then hanging up the gloves on a high note at the end of an illustrious career.

DONALD CERRONE TO WIN (-170 AT POINTSBET)