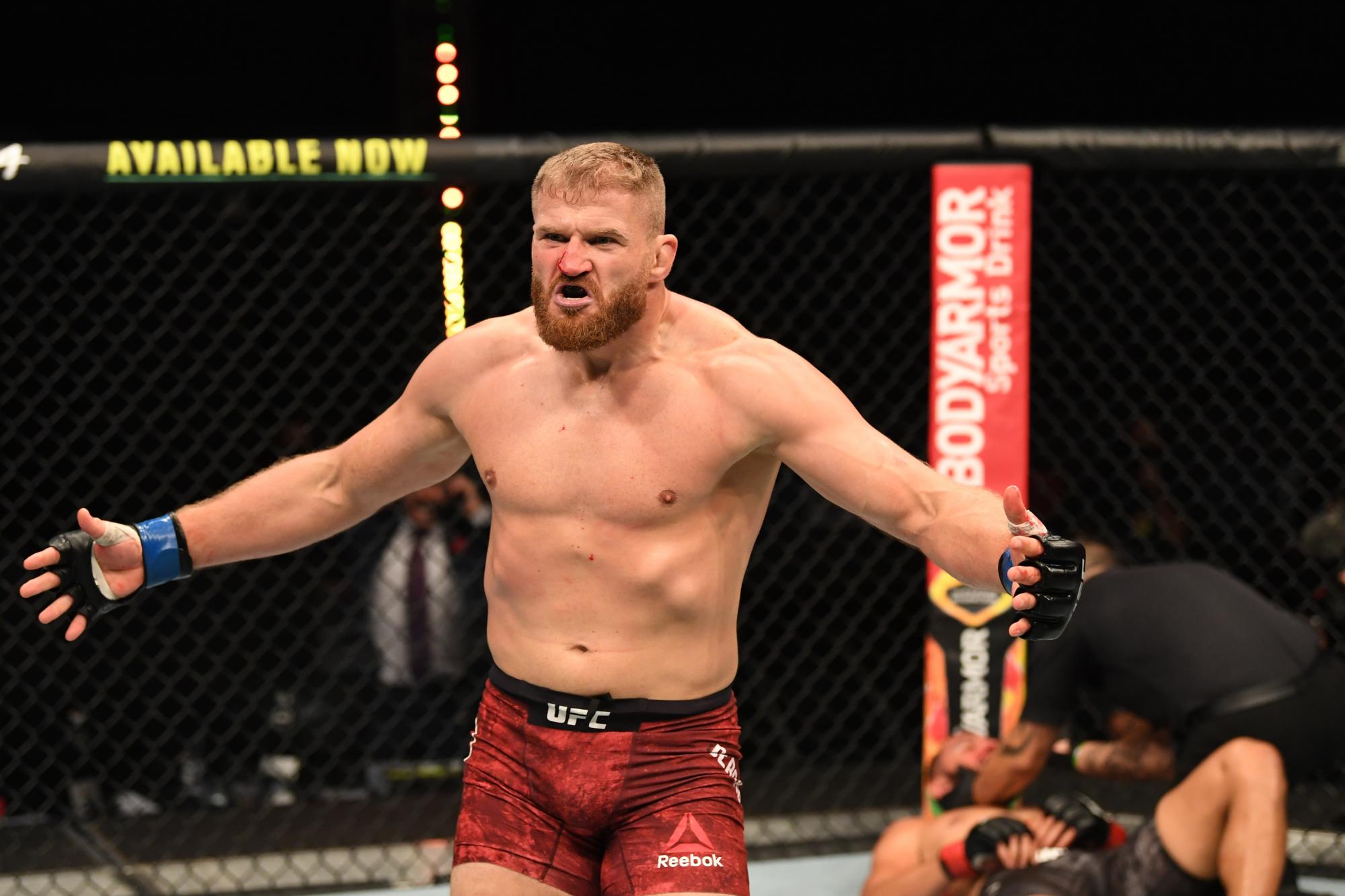 In a perfect showing of what hard work and persistence can get you, Jan Blachowicz and Glover Teixeira battle out for Light Heavyweight gold in the main event.

In the co-main, Petr Yan and Cory Sandhagen face off for the interim Bantamweight title and Dan Hooker meets Islam Makhachev on short notice in what will be an intriguing clash of styles.

We head to Fight Island this weekend as we take a look the two title fights and one on the undercard below.

Jan Blachowicz will aim to defend his UFC Light Heavyweight title for the second time here as he meets Brazilian Glover Teixeira. Both men are notorious underdogs, who are resilient and never out of a fight. I personally believed Blachowicz would struggle against Adesanya but he showed patience and poise to beat the Kiwi. Teixeira similarly has been paired with opposition that were unfavourable yet overcame adversity to get the win. Blachowicz and Teixeira are both on five fight winning streaks. This is Teixeira’s second shot at the title and it is now or never, as the 41-year-old surely knows.

I do believe Blachowicz is far from great on the ground but he is incredibly strong and tough to take down. I expect Teixeira to be relentlessly pursuing takedowns and if he does manage to get one early, I believe an arm triangle will be there for the taking as Blachowicz carelessly turns to his hip when on his back.

However, I simply do not see how Teixeira gets this to the mat before getting hit with the Polish power which I doubt the ageing Brazilians chin can take. Therefore, take the Pole to retain his belt, likely by the way of an early knockout.

Former champion Petr Yan showcased his patience and sharp striking last time out in his fight with Aljamain Sterling. Despite losing the belt due to disqualification, it showcased how good his fight IQ is and his ability to fight his own fight and not falter from his gameplan.

His opponent, Cory Sandhagen, was unlucky to lose a decision to former champion TJ Dillashaw in his last fight as I scored it for the Sandman. Sandhagen isn’t incredible anywhere but he is unorthodox and has well educated striking and grappling.

I personally believe the market has this fight spot on. Yan should be winning but the output of Sandhagen, likely wins him a few rounds which could make it almightily close after five rounds. He also has the fitness to go a hard five rounds. I will be staying out from a betting standpoint but will be loving every minute as a fan

I believe this is Michal Oleksiejczuk’s fight to lose. The Pole has relentless pressure but is vulnerable against strong counterpunches and grapplers. Shamil Gamzatov doesn’t fit that bill as he is a flat-footed brawler, who while being an impressive 14-0, looked far from impressive in his UFC debut win, narrowly edging out Klidson Abreu back in 2019. Oleksiejczuk is weak on the mat but Gamzatov doesn’t have the grappling to expose that nor does he have the gas tank to go the pace Oleksiejczuk will set. Expect a close first round before Oleksiejczuk runs away with the fight down the stretch.

OLEKSIEJCZUK TO WIN (+127 AT POINTSBET)