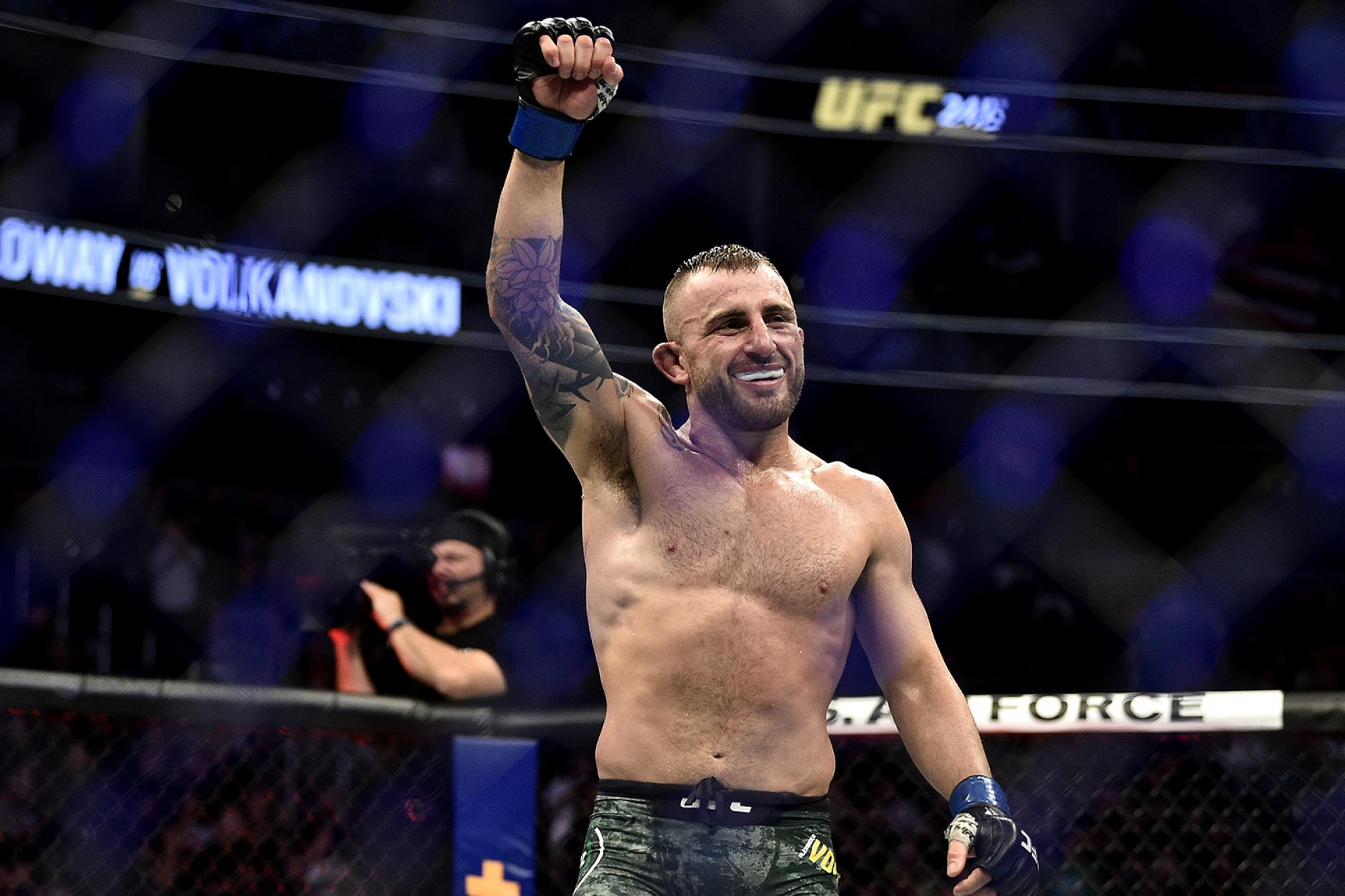 UFC 266 comes to you out of T-Mobile Arena in Las Vegas, Nevada and is headlined by The Ultimate Fighter coaches, Alexander Volkanovski and Brian Ortega.

In the co-main Valentina Shevchenko looks to maintain her dominance over the Women’s Flyweight division as she faces Lauren Murphy and Nick Diaz returns to the Octagon against UFC legend Robbie Lawler in a rematch over a decade in the making.

All that and much more on a card that is the definition of stacked. We take a look at the two title fights and Nick Diaz vs. Robbie Lawler in this week’s preview.

This fight will be Volkanovski’s second title defense and Brian Ortega’s second shot at UFC gold. The Australian has a formidable record overall, not having lost a fight since 2013 and amassing 19 straight wins in that time. The key to success here for Volkanovski is to utilize his strong leg kicking game early and often.

Ortega looked vastly improved when he stepped out against The Korean Zombie in his last bout but Zombie fought a fight that suited Ortega’s range and improved jab. Against Volkanovski he won’t be able to dictate the range or the pace of the fight. While I said early on Ortega will win the title one day, I still don’t see that he is quite there yet.

Volkanovski is the complete product, in his prime and I think it will take a flawless performance to take the belt off him. Volkanovski retains the belt and I believe he can even get a knockout win, most likely in the championship rounds.

VOLKANOVSKI TO WIN (-165 AT POINTSBET)

On paper this will be another one-sided dominant victory for the champion, who looks borderline unbeatable. While I am not recommending at all to take the short odds about Valentina or the long odds about Murphy, I do think it will be a harder fight for the champ than what almost everyone is expecting. Valentina Shevchenko can do it all as she almost arrogantly showed in her last fight against Jessica Andrade, imposing her will on the Brazilian in the wrestling and grappling, which was perceived to be where Andrade’s route to victory was.

The only woman who I believe can beat Shevchenko currently is Nunes and even then, I would back Shevchenko to come out on top as it stands. Her opponent Lauren Murphy is a veteran of the sport and she has never been finished in her professional career. She is a gritty fighter who likes to exchange in the pocket and use her jiu jitsu to land ground and pound on the mat. I believe this will be a bloody battle for the opening rounds and although I absolutely side with Shevchenko to win, a spec on the fight to go the distance is a good bet in my opinion.

There should be prolonged exchanges in the clinch and on the mat, I don’t see any significant damage being done. As long as Murphy doesn’t get caught with a head kick or succumb to the barrage of strikes in the championship rounds, I see her going the distance with the champ, which is at least somewhat a victory in itself.

FIGHT TO GO DISTANCE (+200 AT POINTSBET)

I want to start this tip out by saying it is fraught with danger. Nick Diaz has not stepped foot in the Octagon since fighting the legend Anderson Silva in 2015 and it is hard to mark where he really is at. He is now 38-years old but I would bank on him being in shape and ready to make a statement. Robbie Lawler on the other hand is a year older than Nick and has not won a fight since 2017, where he beat Donald Cerrone.

Realistically Nick Diaz was one of the toughest and skilled fighters around back in the day and while admittedly he was never a scary champion like Robbie Lawler, he always knew how to take the fight to anyone. I personally believe at some stage this fight ends up on the ground and despite the wrestling pedigree of Lawler, I see Diaz dominating. I never care how good a wrestler you are when you don’t have the high level jiu jitsu to go with it.

Nick Diaz on the mat puts his brother Nate to shame and both are underrated crafty grapplers. I am backing Nick to get the win with a little side bet on him to win by submission, likely wrapping up a D’arce or Anaconda choke.