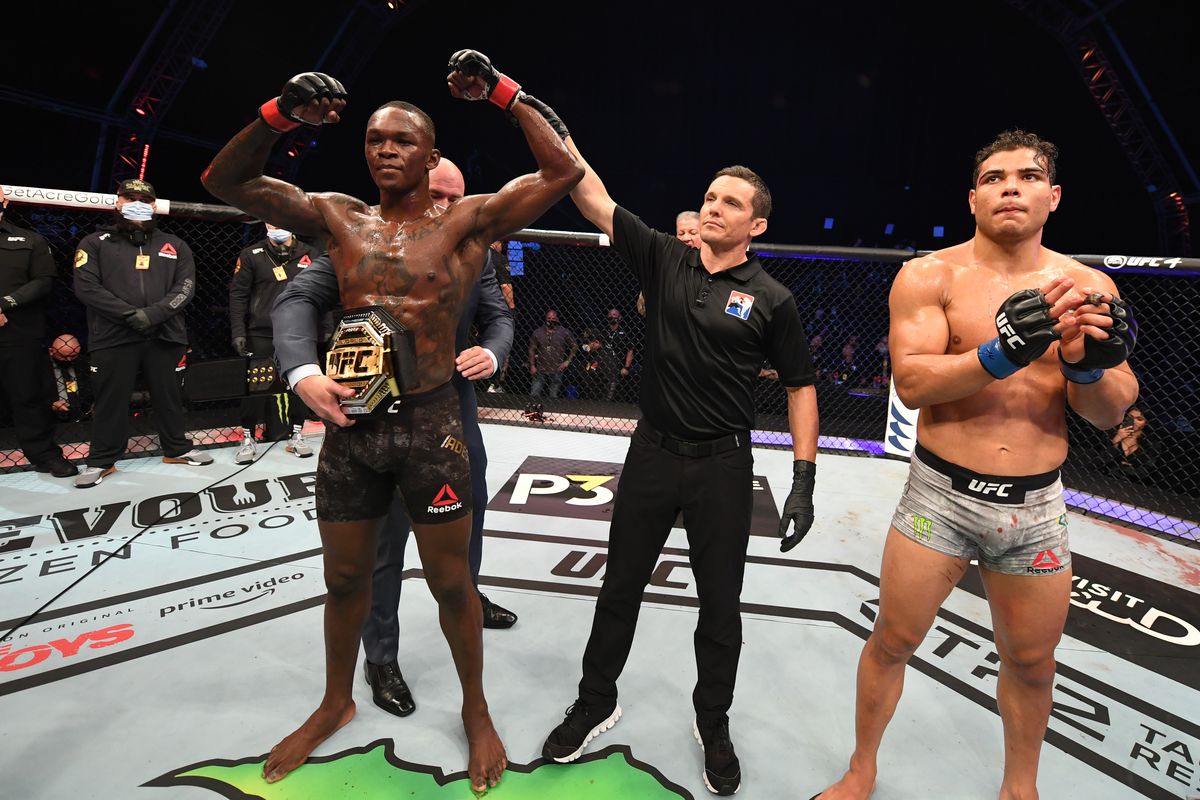 Title rematches are the headline acts on the UFC 263 Pay-Per-View card as Israel Adesanya attempts to defend his Middleweight strap against Marvin Vettori.

In the co-main Flyweight king Deiveson Figueiredo rematches against defiant Mexican Brandon Moreno in a sequel to one of the greatest Flyweight bouts in history.

Fan favourite Nate Diaz returns to the Octagon in a five round non-title fight and Demian Maia looks to stop the hungry Belal Muhammad in what may be his last ever fight in the UFC. Our three best bets come on the main card of this epic event and you can find them below.

Adesanya’s bid at becoming a double champ didn’t pan out the way he planned last time out as he fell to Polish powerhouse Jan Blachowicz. That fight showed that his takedown defense definitely needs work, however I see that as the perfect lead into his rematch with Vettori.

While many will argue that fight showed the blueprint on how to beat Adesanya, it is important to note that his takedown defense proved resolute against Romero and Gastelum. In his last fight Adesanya looked smooth in the opening exchanges but in close quarters the size difference proved decisive. The fact Vettori was only beaten by split decision in his first encounter with Adesanya baffles me as I gave the first two rounds of that fight clearly to Adesanya.

The fact remains that Vettori proved a hard fight last time out and he will look to get on the offensive and press Adesanya. However, Vettori needs to remain methodical as the Nigerian/Kiwi has previously showed he will happily play the matador and put you away swiftly when you make even the slightest of mistakes. I don’t believe Vettori should have got this title fight yet as he hasn’t beaten any top contenders in the division despite being on a five-fight win streak, and I believe Adesanya will make this look easy.

How good was their first fight? Moreno pushed his Brazilian foe to the limit but still fell short and although I am a big fan of Moreno’s I see him coming up real short in the rematch. Moreno is a high-level grappler with the atypical Mexican bottomless gas tank and some sharp boxing.

Figueiredo is a compact powerhouse who’s early issues of weight and cardio seem to be long gone making him a terrifying prospective match up for anyone. He made a mess of Benavidez on the ground, showing just how good his jiu jitsu is and he has crazy power in his punches for a Flyweight. I don’t believe Figueiredo could have been anywhere near his best the last time he met Moreno and the same for mine can’t be said for Moreno who had been working hard to be ready for that fight.

Although I admittedly would love to see the Mexican leave with the belt around his waist, the more likely outcome is Figueiredo stalks Moreno and lands a hellish hook to put him away well before the championship rounds. Regardless this is an incredible fight and one that is not to be missed.

FIGUEIREDO TO WIN BY KO/TKO (+170 AT POINTSBET)

I expected to see the markets finding these two hard to split so when I saw the odds I almost fell out of my chair. Maia is possibly the greatest jiu jitsu practitioner to enter the Octagon and he has only fallen short to champions or contenders who have fought for the title.

While Muhammad is a tough fight, he was getting beaten up against Edwards before an eye poke brought the fight to an abrupt end and I don’t see his defensive wrestling strong enough to repel Maia’s single leg takedown chain wrestling.

Maia finds himself in control for most of the fight and while Muhammad will be a tough man to submit, I back the Brazilian to get a head and arm choke or find his foes back at some stage in the fight. Even if he doesn’t get the resilient Muhammad out of there, he racks up enough control time to eek out a decision victory.