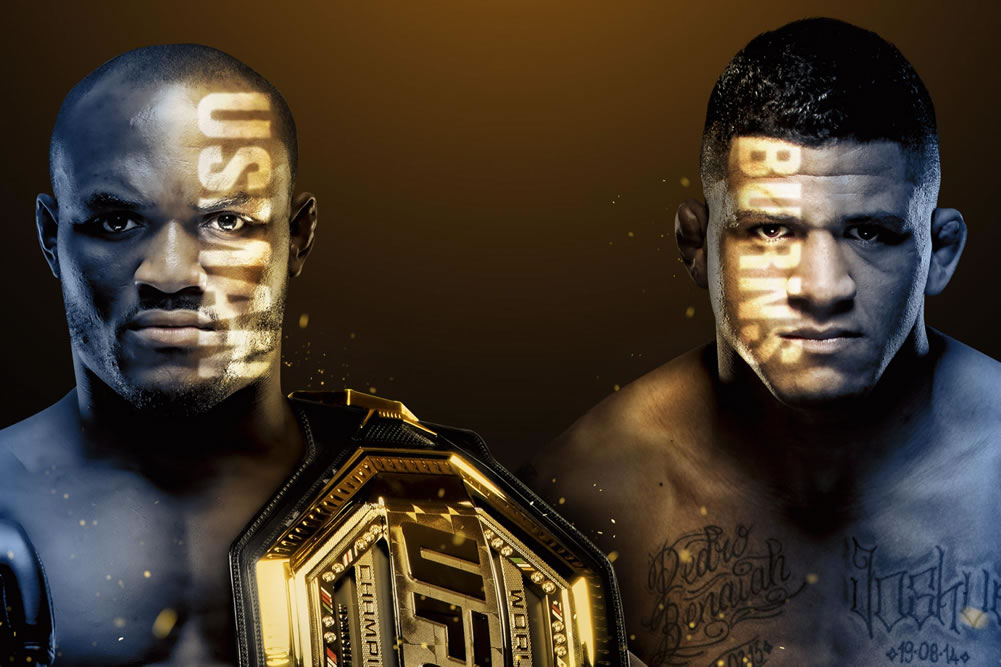 UFC 258 this weekend comes to you out of the UFC Apex Centre in Las Vegas, Nevada. Welterweight champion, Kamaru Usman puts his title on the line against his former teammate and training partner, Gilbert Burns in what is sure to be an entertaining headliner. Also featured on the card is submission maestro, Rodolfo Viera and rising women’s stars Maycee Barber and Alexa Grasso. This fight card should see plenty of finishes and excitement so let’s dive right into the action below.

This is truly a fascinating main event and one which should remain exciting for as long as it lasts. Kamaru Usman truly is a fantastic athlete who has great cardio, fantastic wrestling and striking that allows him to comfortably stand with most in the division. However, he is at his best when he forces his opponent’s back to the cage and goes for takedown after takedown until he inevitably grinds them out. He is undefeated in the Octagon and has beaten some of the very best to ever grace the Welterweight division including, Woodley, Covington, dos Anjos and Edwards. Usman is the more well-rounded fighter and his tremendous work ethic is well documented.

Burns on the other hand is explosive and anyone who chooses to engage him on the ground must tread with extreme caution as the Brazilian jiu jitsu black belt can catch you from almost anywhere. I believe the market has the prices about right, so I am not enticed to get involved. However, from a fan standpoint this is a super intriguing matchup. The opening exchanges will likely tell you how this fight plays out. If Usman doesn’t look to impose his wrestling against the fence like he so often does an in-play wager on Burns could be worthwhile. It means likely back in training Burns was the stronger overall grappler and instead Burns will likely look to put Usman on his back. Putting a wrestler on their back is much like taking a fish out of water as it usually ends in them being finished. At the end of the day there are too many ifs to get involved at a short quote for Usman but it is one worth tuning in for regardless.

Viera, who is one of the most decorated Brazilian jiu jitsu practitioners in history, has a 7-0 professional MMA record after securing a debut UFC win against Oskar Piechota and then disposing of Saparbeg Safarov, both by arm triangle. What was so good to see against Piechota is that he faced a bit of adversity before muscling Piechota to the mat and tapping him. His seven wins have all been by finish and although Hernandez is his toughest opponent, it is hard to see how Hernandez keeps him off him and manages to repel such a prolific submission artist. Expect a quick night for Viera who I can’t wait to see up against a ranked opponent next.

Philip Rowe isn’t UFC quality and Gabe Green looks to have some ability, so I am shocked to see not more one-sided odds here. Green lost his UFC debut to Daniel Rodriguez by decision but Rodriguez is a serious talent so that isn’t anything to be discouraged by. Rowe on the other hand somehow survived the early exchanges and eventually got the win on the Contender Series. If he gets hit half as much as he did in the first round of that fight he is going to be put away by Green. I expect this to be a bit of an ugly slug and that will only end in a Green victory. I also don’t see Rowe being able to get this down to use his ground skills and he will be on borrowed time for as long as it stays on the feet. Green gets a win and in dominant fashion.