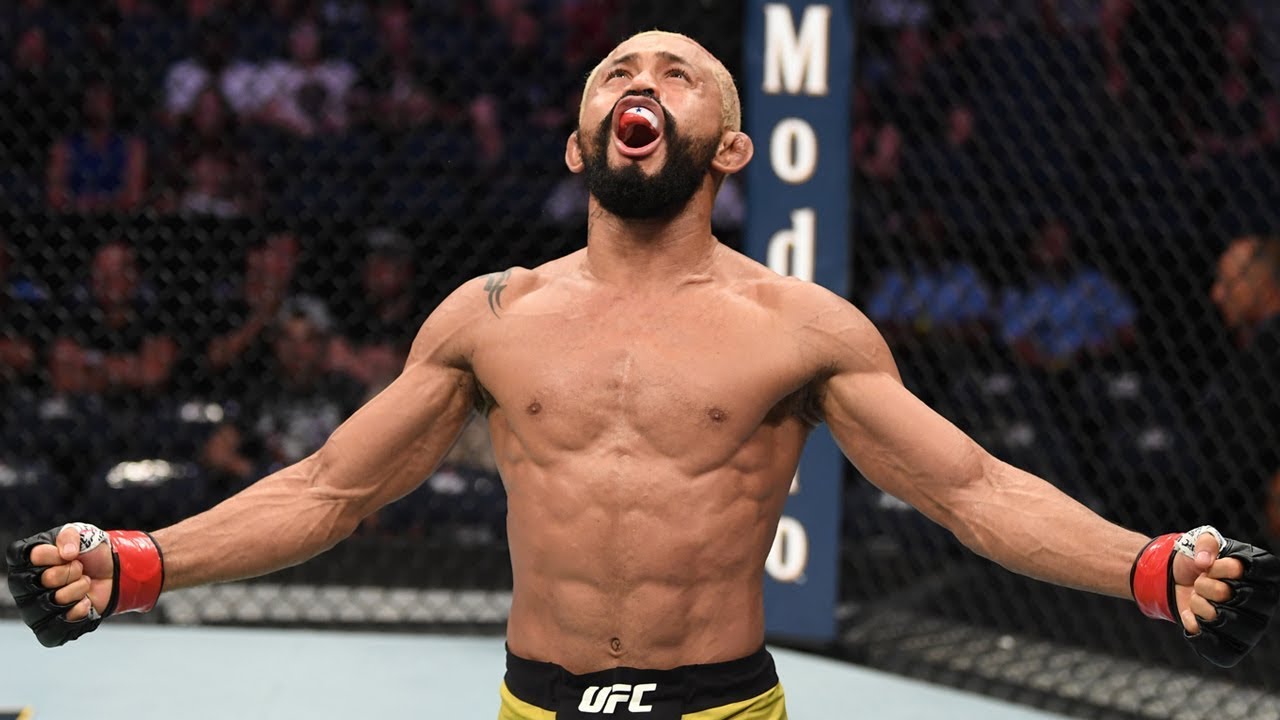 The Apex Centre in Las Vegas hosts the final Pay Per View of the year as UFC 256 looks to provide us with plenty of exciting fights. Headlining the card is a Flyweight title fight between Deiveson Figueiredo and Brandon Moreno and the co-main sees the returning Tony Ferguson out to prove a point against Charles Oliveira who looks to continue his tear through the Lightweight division. We take a look at the headliner, co-headliner and one at value on the undercard below.

It wasn’t that long ago that a Flyweight headliner for a Pay Per View would have been scoffed at but with the excitement machine Figueiredo and Mexico’s own Brandon Moreno, the idea of Flyweights not being exciting enough can now be laughed at. Figueiredo is on fire of late destroying whoever they put in his way in emphatic fashion. He has dynamite in his hands and slick submission skills to turn away grapplers and strikers at will.

His opponent Brandon Moreno should have always got the shot over Alex Perez but instead made it clear he was next in line when he submitted Brandon Royval in the first round at UFC 255. Moreno is a submission specialist who has really developed his striking in recent years. His kicks have always been a staple of his game, but his boxing has really improved in his second spell in the UFC. Moreno has never been stopped in his professional MMA career and if he can survive the early Figueiredo onslaught he has a great chance of winning this fight.

This really is a tough fight to call due to it being hard to see either man exchanging in a grappling affair due to both having wrapped up numerous guillotine chokes on the back of takedown attempts. On the feet the clear power advantage goes to Figueiredo but he has always showed a tendency to slow down as the fight goes on. Moreno on the other hand has the notorious Mexican gas tank and only gets better as the fight goes on. The question for mine really is does Figueiredo get the finish in round 1 or 2.

I am very wary of the Brazilian’s power as he hits at the very least like a Featherweight, but I will back Moreno’s durability to pull him through the adversity he will face in the opening rounds. From there Moreno can take over and get a late stoppage or a victory on the judge’s scorecards.

Tony Ferguson was clearly not at his best in his last fight where he lost to Justin Gaethje. Although Gaethje thoroughly dismantled him, Ferguson is much better than that and will be hungrier than ever after his impressive win streak was snapped.

Oliveira is on his own impressive win streak and were it any other division, he likely would have had a title shot by now. Both men are notable finishers and have an expansive arsenal on the feet and on the mat. Oliveira has some of the best jiu jitsu in the entire organisation, but Ferguson is no slouch on the ground, and he is crafty enough to stay out of trouble if it does in fact get there.

More than likely this fight is largely fought on the feet and that is why I have to side clearly with Ferguson. Ferguson’s output will outscore Oliveira and his gas tank ensures that he will keep a strong pace for three rounds. I don’t see Oliveira being able to put down Ferguson who somehow managed to stay standing despite being hit by Gaethje’s best clean shots.

Ferguson’s camp would have studied plenty of tape and seen Oliveira’s issues with fighters who strike behind the jab and use elbows in close and that is exactly what Tony Ferguson’s base game on the feet is. This is a perfect fight for Tony to prove he deserves that title shot and I expect him to win impressively against a game Oliveira.

Mackenzie Dern returned from her loss to Amanda Ribas with successive submission victories over Hannah Cifers and Randa Markos. What worries me is her stand up lacks away from power in her right hand that she possesses for the opening round. She also doesn’t have the wrestling to back up her impressive jiu jitsu skill set as was on display in the Ribas fight.

Jandiroba is an impressive wrestler and although granted she is not the level of Ribas, still has the wrestling quality to remain safe on the ground. Jandiroba also has the technical advantage in the striking department to match so as long as she stays at range and doesn’t land inside Dern’s guard when it hits the ground, she can come away victorious at underdog odds.