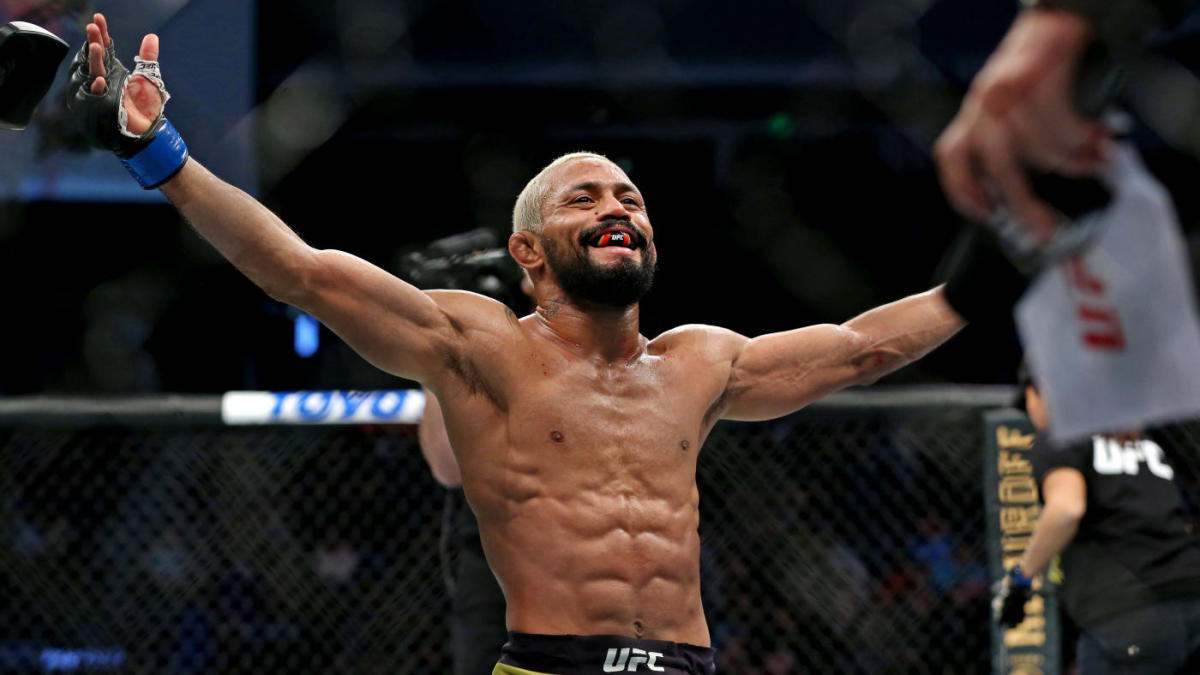 This weekend the UFC Apex Centre in Las Vegas, Nevada hosts a pay per view event where both the male and female Flyweight titles are up for grabs. In the main event, Alex Perez steps in as a late replacement against Deiveson Figueiredo and in the co-main Valentina Shevchenko faces former Invicta FC champion Jennifer Maia. Also, Mike Perry returns and plenty of rising talent grace the prelims. The UFC 255 preview is below.

His opponent, Alex Perez, has stepped into this fight as a replacement and to his credit has made a name for himself in 2020. However, beating Espinosa and a declining Formiga, hardly makes a case for him to be able to beat Figueiredo. For mine the Flyweight undercard bout between Moreno and Royval provides a better look into men that can challenge Figueiredo.

However, here we are and while Perez is well rounded much like his counterpart, he doesn’t hold any form of an advantage in any area of the fight. The two will likely exchange strike for strike until Figueiredo lands one of his bomb right hands and puts Perez down and away.

FIGUEIREDO TO WIN BY KO/TKO (-115 AT POINTSBET)

Shevchenko truly is a dominant force in the Women’s Flyweight division and it is hard to see anyone in the division that can beat her. She doesn’t really have any weakness apart from possibly defensive wrestling? Even then it isn’t any glaring hole in her game and it would take someone with a top wrestling pedigree to take advantage of it.

I don’t see Maia being totally steamrolled like Jessica Eye or Katlyn Chookagian but it would take a brave man to tip her to get anything other than respect out of this fight. If Maia can take Shevchenko down, she does have excellent top pressure that she can use to win a round but I can’t see her getting that takedown enough to win.

With no value in the price set for Shevchenko and rightly so, I am inclined to tip this to go the distance. I can’t see Maia being finished on the mat and she hasn’t been finished in any way since 2012. As long as she doesn’t duck into a head kick this fight, while likely one sided, should last the full 25 minutes.

FIGHT TO GO DISTANCE (+190 AT POINTSBET)

When the UFC cut Moreno after consecutive losses to Sergio Pettis and Alexandre Pantoja I thought the Mexican was rather hard done by. He has competed in many grappling tournaments and was showcasing improved striking, he just was still a little raw.

He then went straight to LFA and knocked out Maikel Perez and was immediately brought back into the UFC. He has since had a draw to Askar Askarov and won against Kai Kara France and Jussier Formiga. Royval is a bit of a submission specialist himself beating both Tim Elliott and Kai Kara France by submission since joining the UFC.

The problem for him in this fight is I do see Moreno as the better grappler. While most won’t see that to necessarily be the case, Moreno has competed in many Jui-Jitsu Fight Night style tournaments and has excelled at a high level. He also competed a division higher in a few of those grappling events which leaves me to believe he should only be more dominant at Flyweight.

However, I do see the greatest discrepancy in this fight being in the striking. Moreno has continued to evolve and add a range of kicks to his arsenal since returning to the UFC. This could be seen perfectly in his win over Kai Kara France. He should give Royval all sorts of problems on the feet and control the ground exchanges if the fight does in fact go there. Back Moreno to get the win and a shot at the Flyweight title in the process.