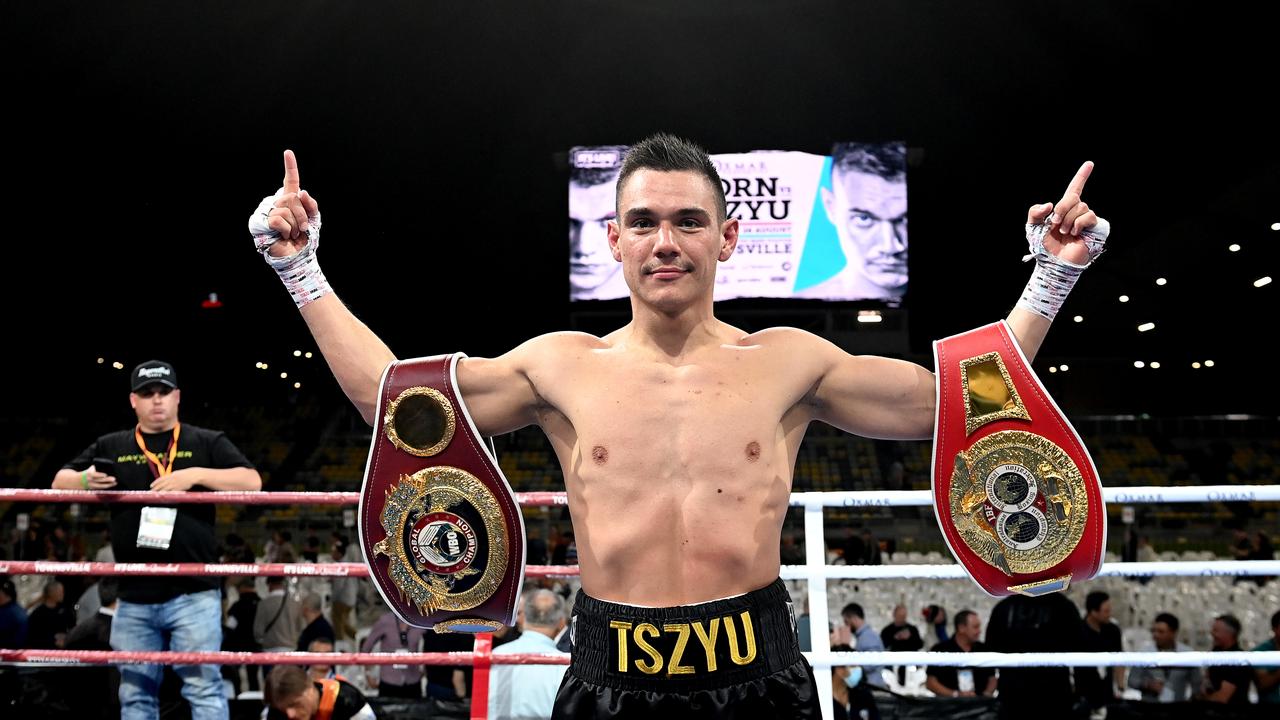 As the final weeks of 2020 tick off the calendar, the boxing world shows no signs of slowing the momentum it has picked up in the back half of the year. With fascinating matchups spilling well into 2021, this week more than holds its own with an all Aussie showdown between budding superstar Tim Tsyzu and the rugged Bowyn Morgan.

A heavyweight corker between ex-UFC star Mark Hunt and local tough-guy Paul Gallen rounds a stacked undercard. It’s a good week to be an Australian boxing fan. Let’s take a closer look at these matchups and see if we can’t pick out some solid betting options.

Tim Tsyzu announced his presence on the world stage this past September with an emphatic victory over hometown hero Jeff Horn. Tsyzu (16-0, 12 KOs) turned in the type of performance against Horn that immediately transports a fighter from prospect to full-on contender. Displaying a wildly varied attack against a far more experienced fighter, Tszyu proved that despite his famous last name, he is forging his own legacy. Refusing to rest on his laurels, Tszyu has lived in the gym since his breakout win over Horn and looks to build on that performance this coming Wednesday. With international boxing stardom in his sights, Tszyu is a man on a mission. Can Morgan use his physicality and toughness to slow down Tszyu’s fast moving train? You can certainly bet he’s going to try.

Bowyn Morgan (21-1, 11 KOs) may not have the pedigree that Tszyu does or the many perks that come along with it, but what he does have is motivation. Namely, the kind that accompanies a heavy underdog, as the oddsmakers certainly have him in this fight. Fighting and training mostly in his hometown of Christchurch, Morgan is not letting the global attention get to him. Refusing to be a mere speedbump on Tszyu’s highway to stardom, Morgan will be looking to use his experience to get inside and make life difficult for Tszyu in a way Horn could not. His best bet will be to make it a rough night for his younger opponent and make him pay for every punch he lands. Easier said than done, to be sure, but Morgan possesses the skill to at least give it a go.

Significant advantages in age, reach, power and, well, just about everything, for Tim Tszyu, will make this a massive hill to climb to for Morgan. In order to even have a chance, he’ll have to somehow get close to Tszyu, out of his punching range, and bang him to any area of exposed flesh he can muster. This was Horn’s plan as well, and Tszyu chopped him up like a samurai on his way in. If Morgan can somehow get past Tszyu’s freakish 72” reach and take the fight to close quarters, he may stand a chance to pull the upset. That’s a big “if” though. Tszyu simply has far too many weapons for Morgan to attempt to shut down and expect them all to be on display in an impressive performance.

Which do you prefer: power or experience? Power can take you almost anywhere you want to go in boxing if you know how to wield it. Experience can get you out of almost any situation in boxing if you know how to use it. This will be more or less the entire ballgame as ex-UFC knockout artist Mark Hunt takes on the far more seasoned Paul Gallen on the Tszyu/Morgan undercard.

Hunt (0-1-1) hasn’t fought under traditional boxing rules in nearly 20 years, and even then his experience is almost negligible. A three round loss and a four round draw make up the entirety of his boxing experience. Luckily, he has an extensive mixed martial arts resume to make up the difference. Ten knockouts in 28 MMA bouts gained Hunt a reputation as a power puncher in a sport not necessarily known for them. At 46 years old, he will attempt to carry that power into a boxing ring for the first time in nearly two decades against an opponent motivated by the perceived disrespect of his underdog status. Power versus experience, indeed.

For his part, Gallen (9-0, 5 KOs) Gallen will look to simply stay out of range and wear down his older, less seasoned opponent. It stands to reason that if Gallen can stay away from Hunt’s left hook and remain upright, this should be more or less a glorified sparring session for him. Easier said than done, to be sure, but with every statistical advantage seemingly in his favor, Gallen should be able to defy the odds.

The betting books seem to favor Hunt and his vaunted power but they’ve been narrowing by the day as clearer heads are beginning to prevail. It’s a lot to ask of anyone to stay on your toes for six rounds and avoid your opponent’s money punch. But it’s even more to ask a middle aged man who’s been out of the boxing ring for 20 years to find a strategic way to deploy his weapons. Look for Gallen to pull the upset here.