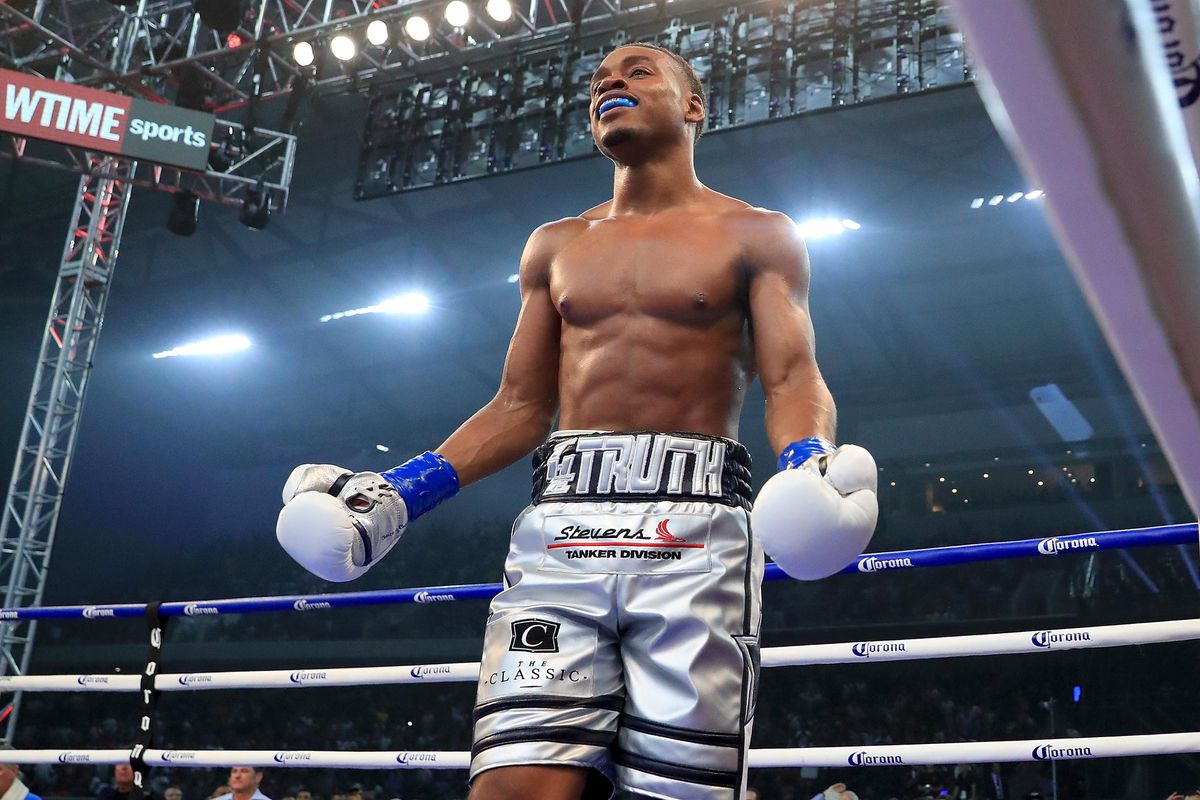 Now that the excitement of, well, whatever Tyson/Jones was, has subsided, the boxing world returns to more meaningful action this weekend with a slate of somewhat impactful fights featuring some big-name stars. Chief among them is a PPV card headlined by Errol Spence Jr taking on Danny Garcia in fight with numerous implications for the future of the welterweight division.

Can Errol Spence Jr reclaim the momentum he gained with last year’s big win over Shawn Porter? Can Danny Garcia finally win the so called Big One and add a signature name to his long resume? Let’s dig in and take a closer look at this high impact welterweight clash and see if we can’t nail down some interesting picks and best bets.

First things first, let’s get the obvious out of the way. We simply can’t discuss this fight without mentioning Spence’s disastrous car accident just days after the Porter victory, and the lasting implications therein. Spence was ejected from his Ferrari as it careened down a city street in the wee hours of October 10th of 2019. Though largely superficial, he sustained facial lacerations as well as various injuries to his entire body. The big question now becomes, will the effects of these injuries show up in the ring and, if so, how will Spence respond? If the lasting effects of his accident, not to mention 14 months away from the ring, rear their head on fight night, can Danny Garcia find a way to capitalize on them?

Danny Garcia (36-2, 21 KO’s) is a testament to the power of positive thinking. Spending the majority of the 2010’s seemingly on the cusp of stardom, crossover appeal has not yet materialized for Garcia. It may never come. While the Philadelphia native has failed to find a public identity outside the ring for fans to latch onto, inside the ropes he’s a hard-working boxer-puncher who does just about everything well. Heavy hands, a tough china and a strong work ethic can take you places in this sport that even talent often cannot. Garcia’s staying power is a testament to his workmanlike approach to the sport.

Of all those attributes, it may be his sturdy chin that will serve him best against a fighter like Spence. Garcia simply lacks the speed and skill to outbox Spence. He will have to make this a firefight if he wants to stand a chance. Doing so will force him to get into punching range of Spence and that’s a bad place to be. If Garcia can withstand Spence’s barrage, he puts himself in position to land something big himself and test Spence’s post-accident chin himself.

For Errol Spence (26-0, 21 KOs), this is a true measuring stick fight. At full health, he should be able to get past a guy like Garcia but who knows where he’s at. When he’s 100%, he is a truly sublime fighter capable of staking a viable claim to the upper end of the pound for pound list. A strong amateur background, dazzling speed and heavy hands make him a nearly perfect fighter. The heavy odds in his favor against Garcia, even in light of recent events, speak to his immense talent level. Again though, this is all dependent on him getting back to something resembling full health.

Were this fight to take place a year ago, it seems safe to say the odds would be even wider than they are in Spence’s favor. But we’re not focused on “what if” right now, only “what is”. While both fighters are relatively close in age (Spence 30, Garcia 32) and Garcia has been a pro for nearly five years longer, it may actually be him who is the fresher fighter this weekend. Expect a couple hiccups early from Spence as he attempts to gain his footing and expect a valiant effort from Garcia to take advantage of any missteps from Spence. This should be a close, up-tempo fight but the talent gap may simply be too wide for Garcia to bridge. That’s not great news for gamblers but sometimes you gotta go with the safe pick.

If Danny Garcia is going to pull out a win on Saturday night, it will likely come from landing something big on an underprepared Spence. For all his attributes in the ring, the one thing Garcia really loves to do is punch. He oftentimes fights down to the level of his opponent but letting his hands go when he senses an opportunity has never been an issue for him.

Should he get the chance to drop a bomb on Spence, odds are he will take it. Again, it will take a series of events to unfold in his favor to do it, but Garcia absolutely has the pop to make anyone’s legs shaky. At +1000 it’s a longshot, but maybe not as long as you think. If you’re looking to cash in on this fight, this may be the way to do it.

Anthony Yarde to WIN (-910 at DraftKings)