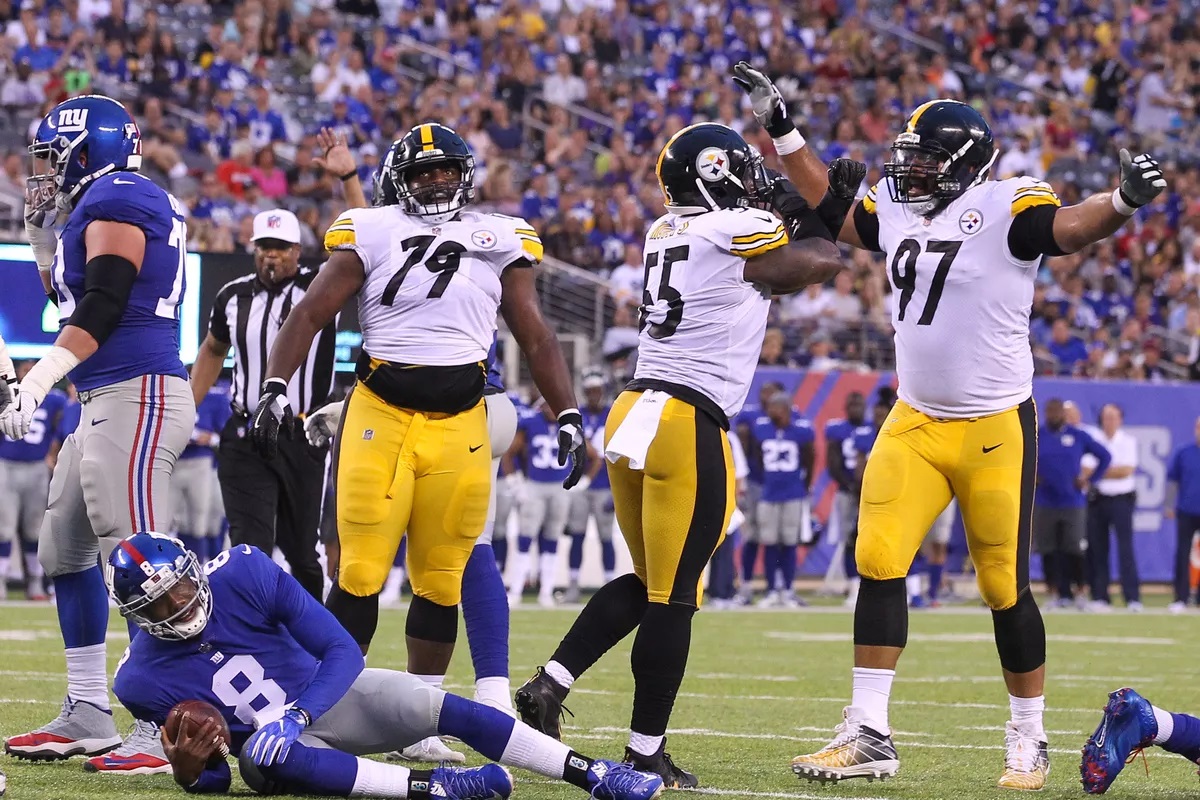 Monday night in Week 1 of the NFL promises to be a good one with an interesting double header on the cards. The Giants and Steelers kick off the slate from 7.10pm before the Broncos and Titans continue the action from 10.20pm!

As usual, we have a full preview and betting picks for both games below.

The Pittsburgh Steelers will welcome back starting quarterback Ben Roethlisberger on Monday night after injury ended his 2019-20 season. With Big Ben back in the line-up, Steelers fans will fancy their chances both on Monday night and in the AFC as a whole. The conference is crying out for someone to step up and challenge the Chiefs with the Patriots expected to take a down-turn, and the Steelers could be that team.

The Giants are in year two of the Daniel Jones era, and fans will be expecting continued improvement from the young quarterback, who has a bunch of talented offensive talent around him, most notably running back Saquon Barkley, who enters the season healthy. The Giants will likely have to get it done through offense if they want to be competitive this season, as their defense doesn’t look great on paper.

The Steelers start as 6 point favourites on the road and although we think they won’t be as good as many think they will be this season, we do think they cover in Week 1. With Big Ben back in the fold and the offense at full strength, they should be too good here.

The Titans made a miraculous run in the playoffs last year but were ultimately downed in the AFC Championship game by the Chiefs. They’ll be back in 2020 and looking to go one better and have arguably the best running back in the game in Derrick Henry at the helm once again. The Titans invested in QB Ryan Tannehill in the off-season after he led the team deep in the playoffs but there’s no doubt the Titans will be all about the rush and defence this season.

Denver are in the same mould. They have an unproven Drew Lock at QB but will rely on the running back pair of the newly acquired Melvin Gordon and Phillip Lindsay on offense and what should be a solid defense once again despite losing Von Miller to an ankle injury.

Pretty surprised that the Titans are starting as favorites here against a Denver team that looks pretty solid on paper and that has always performed well at home. Like the Broncos to salute in Week 1.