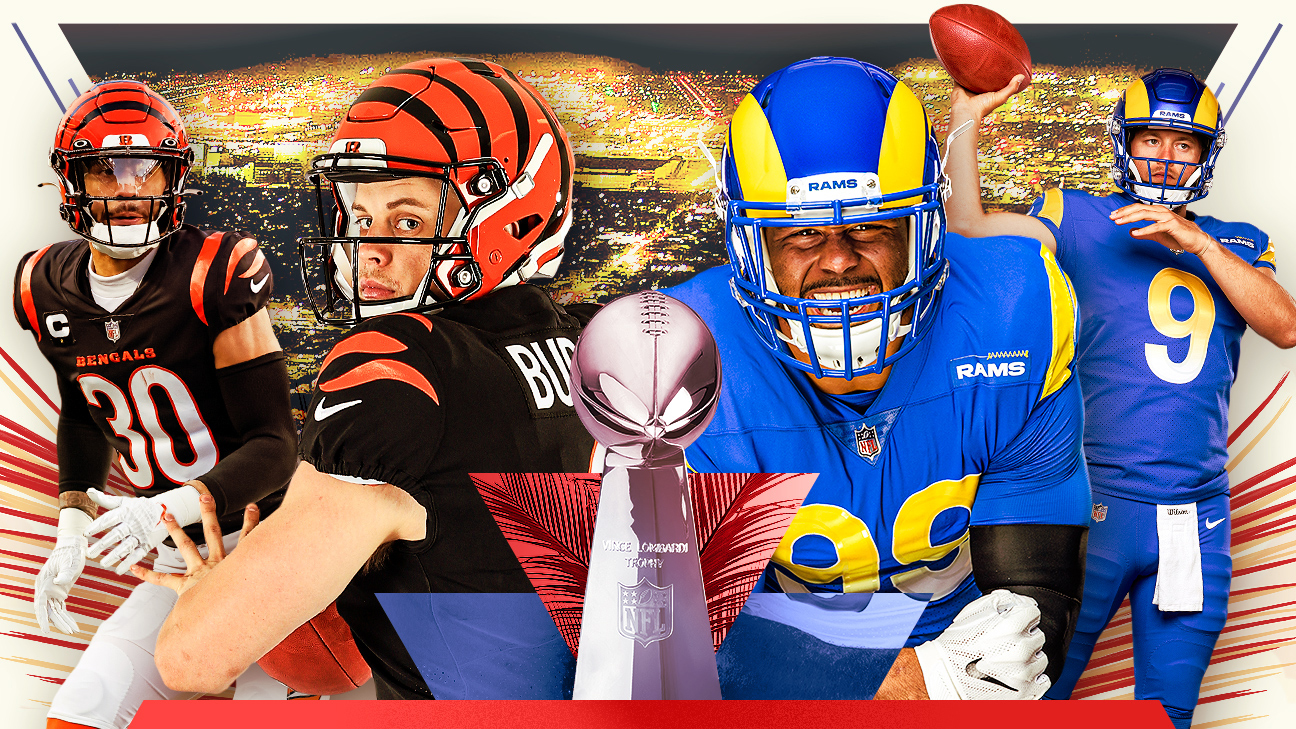 It’s been a long and winding road to get to the Super Bowl this season but the moment has finally arrived! For the 2nd year in a row, the home side will be playing off in the big game as the Bengals will ‘host’ the Rams at SoFi Stadium.

As always, we have you covered with a full preview and betting picks for the clash below and remember to check out our NFL Picks page later in the week for our annual prop and novelty bets article!

The Bengals will be looking to win their first ever Super Bowl after two unsuccesfull trips to the big game in 1982 and 1989. It’ll be all about redemption for the Rams, who made the Super Bowl just a few years ago but were defeated by the Patriots in a disappointing performance.

The two sides have not met in a since all the way back in 2019, when the Rams claimed a 24-10 win in Wembley Stadium in London.

Joe Burrow – What a meteoric rise it’s been for the 2nd year quarterback after a slow start to his career last season. He suffered innjuries that kept him out of the line-up for a lot of his rookie year and while he has still looked a little raw at times throughout this season, there’s no doubt that he has that special clutch gene that allows him to perform when the pressure is at it’s highest. A special talent that seems like he was built to play in these types of games.

Ja’Marr Chase – The offensive rookie of the year has been an extremely tough cover in his first season in the NFL and will play a big part in the Super Bowl this weeked. He had 54 yards and a touchdown in the comeback win over the Chiefs on the weekend and will be looking to cap off his rookie year with a Super Bowl win. Will have a tough secondary to go up against in the likes of Jalen Ramsey.

Trey Hendrickson – Arguably the most important Bengals defensive player heading into the big game this weekend is the defensive end, Hendrickson. His matchup with tackle Andrew Whitworth will be crucial to putting pressure on Matt Stafford. Has been great in his first season in a Bengals uniform, finishing 5th in the league for total sacks throughout the regular season with 14 as well as picking up another 2.5 in the playoffs so far. 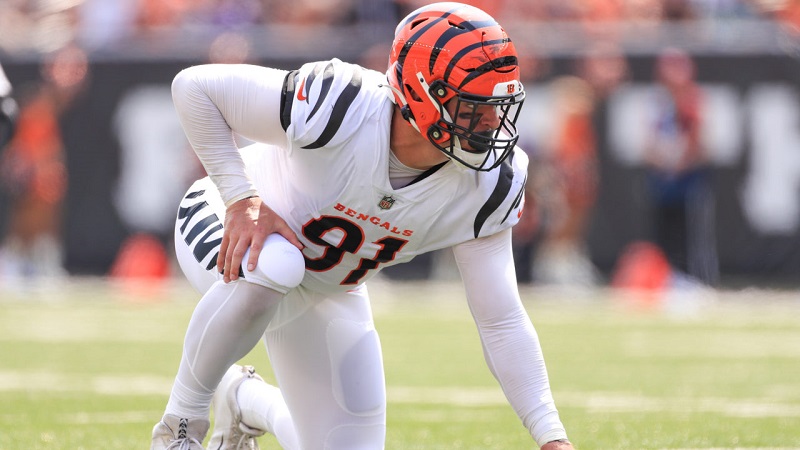 Aaron Donald – Not only is he the best defensive player playing in this game, but he’s probably the best player in the entire NFL. Donald has been a standout for the Rams this season, picking up 12.5 sacks in the regular season and another 1.5 in the post season. With Von Miller and Leonard Floyd as well, the Rams have a pass rush that is extremely difficult to handle.

Cooper Kupp – Kupp had one of the all time great seasons for a wide reciever this year, arguably the best in history. He led the league in receptions, yards and touchdowns in teh regular season and has already picked up four touchdowns at an average of 128.7 passing yards per game througout the playoffs. If the NFL wasn’t so QB biased, Kupp would have won MVP at a canter this season.

Jalen Ramsey – We highlighted the importance of the Chase-Ramsey matchup earlier and it’s just as important on the Rams side of the ball as it will be for the Bengals. Ramsey is one of the best cornerbacks in the league and a shutdown job on Chase would put the first nail in the Bengals coffin on Sunday.

– The Rams have won just one of four Super Bowl appearances, claiming a 23-16 win against the Titans back in 1999. 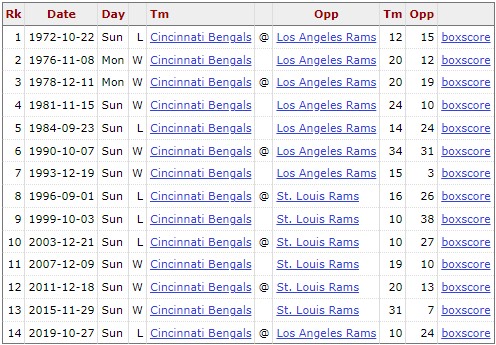 I like the look of the unders here. These two teams have had two of the best defences over the course of the playoffs here, keeping their opponents to an average of 19 points through the six playoffs games between them.

We went through a little stretch where Super Bowls were really high scoring  in the early-mid 2010’s but the last three Super Bowls have had an average of just 35.6 points. I like this one to be a bit of a slugfest.

To be honest, I think I’ve betted against the Bengals in every round of the the playoffs this year and I’m learning my lesson now. I like the idea of pairing the unders with the Bengals to cover the 4 point spread. I think this game could come down to a field goal kick either way, as so many of the games in the playoffs have already this season.

The Bengals have covered the spread in their last seven straight games and this one just has the feeling of a close game.