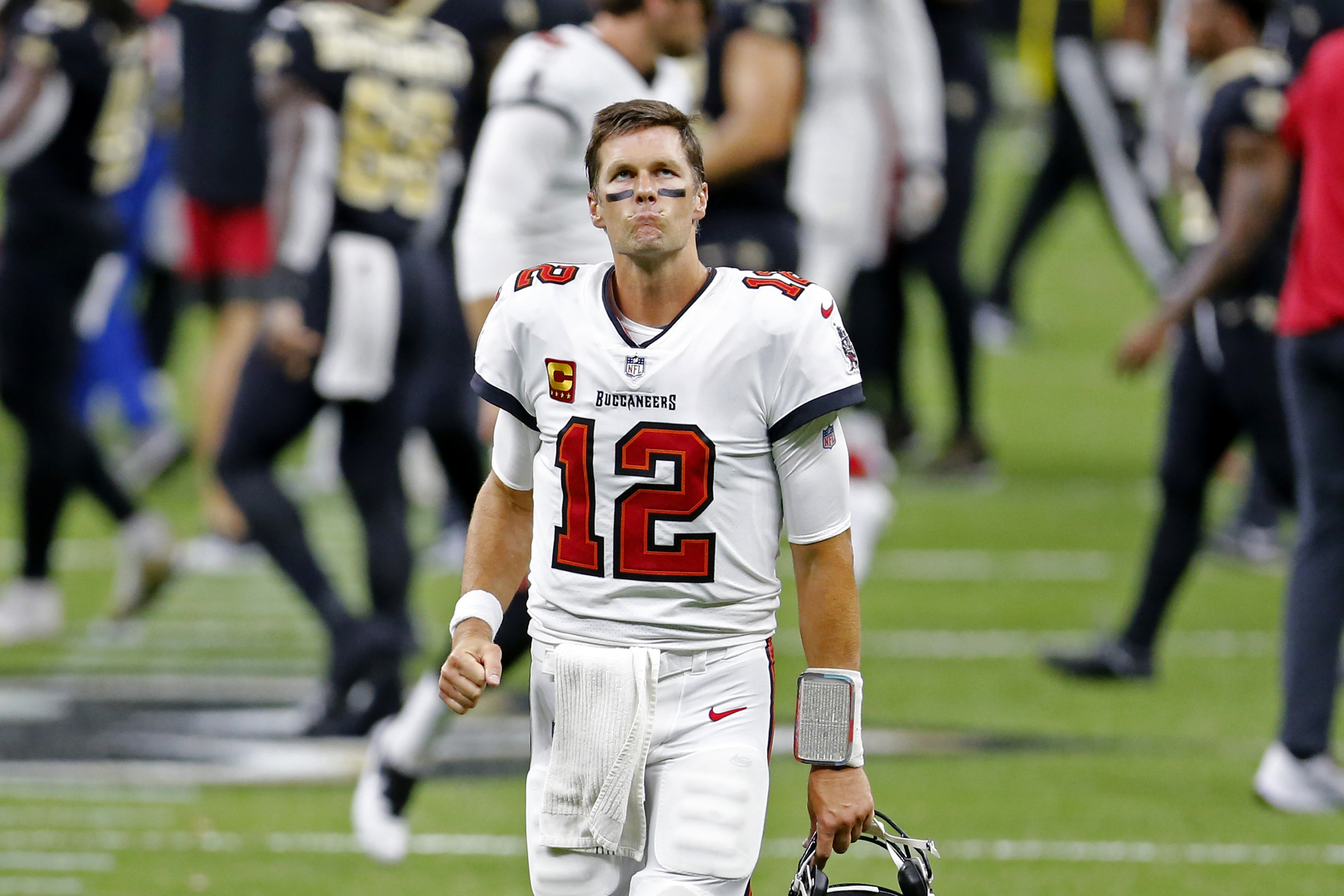 It’s been a long and winding road in the 2020-21 NFL season to date and we have finally come to the climax of the year! The Kansas City Chiefs will square off against the Tampa Bay Buccaneers in Super Bowl LV on Sunday and as we have all year, we have you covered with a full preview and betting picks below.

IT’s the matchup that I’m sure the NFL were salivating at the prospect of before the season began. Tom Brady in new Tampa Bay colours facing off against an old AFC rival and the most dynamic player in the game, Patrick Mahomes. It seems the last enemy that Mahomes needs to defeat to cement himself as the best player in the league is Tom Brady, and he’ll be desperate to avenge the heartbreaking AFC Championship game loss a couple of years ago.

Patrick Mahomes – The quarterback burst onto the scene in the back half of the 2017 season and went on to win the league MVP in 2018. That year, however, his season was ended in the AFC Championship game by Tom Brady. Mahomes has been dominant in the playoffs throughout the early stages of his career, throwing 17 touchdown passes to just 2 interceptions in seven games. Had 325 passing yards and 3 touchdowns in the win over the Bills in the conference championship.

Travis Kelce – Missed one game this season but still finished 2nd in the league for total reception yards with 1416 on 105 receptions. It’s possible that no two players in all of football have better pass/catch chemistry than Mahomes and Kelce and in the Big Game last season, Kelce had six catches for 43 yards and a touchdown.

Tyreke Hill – One of the fastest players to ever play the game and when it’s all said and done, will likely be one of the most decorated skill position players to ever suit up. Tyreke Hill made 87 catches this season and racked up 1276 reception yards, but his ability to break the line for that one game changing play is his real strength. Look for him to have at least one moment in this game.

Chris Jones – If not for a general bias towards quarterbacks, Chris Jones would have likely been the MVP in the Chiefs win over the 49ers last season. The interior defensive lineman put constant pressure on the San Francisco quarterback last season and has carried on that momentum into this season. He ranked fourth in QB hits throughout the regular season and putting pressure on Tom Brady will be absolutely paramount on Sunday.

Tom Brady – He might be a little bit older and he might be a little bit slower, but experience has to count for something, right? The 43-year-old will line up in his 10th season ending game this Sunday and will fight for a ridiculous 7th championship ring. He was a little slow out of the blocks this season and his stats certainly haven’t been up to the standard we have come to expect of Brady, but there is one thing that you just can’t measure with stats and that’s his ability to drag his team over the line in big moments time in, time out. 33-11 in career playoffs games, does anymore need to be said?

Mike Evans & Chris Godwin – It’s always tough to know which one of the two star Buccs wide receivers is going to get more attention from the defense. One thing that is known, however, is that it is incredibly hard to shut down both of them. Throughout his Patriots career, deep threats were scarce for Tom Brady, but he has two bona-fide game changes in these two receivers.

Shaquil Barrett – Over the past two seasons, the Buccs linebacker has announced himself as one of the most dynamic in the league. He led the NFL in sacks last season with 19 and while he wasn’t as impressive on the stat sheet this year, he was still extremely influential, recording 16 QB hits and 8 sacks. He absolutely dominated the NFC championship game, recording three sacks and four hits and if the Chiefs don’t figure out a way to stop him, it’ll be a long night for Mahomes. 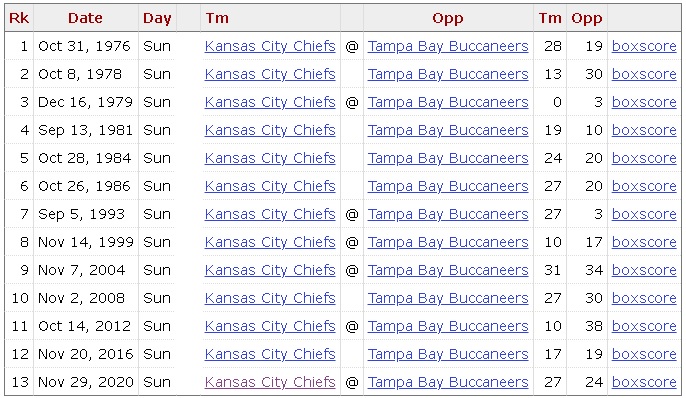 It’s incredibly hard for me to lean one way or another here. The Chiefs have been the best team in the league for two full seasons now and they deserve to be favourites, but it’s almost impossible to bet against Tom Brady in a game of this magnitude.

One thing that I think this game should have plenty of is points. Six of the last eight Big Games have had 50+ total points scored and in this matchup in particular, we have two of the most dynamic offences in the league squaring off.

Their last game resulted in a total of 51 points, and with so much more on the line in this clash, the trailing team will no doubt be going balls to the wall in the passing game, particularly in the second half. Back the over here.

Gun to my head, if I have to lean one way or another, it has to be in favour of the Chiefs. Despite only capturing that elusive first ring last season, Andy Reid is one of the best in the business and when he has an extra week to prepare for a team, he’s even beter. He is 18-3 in the regular season after the bye and 5-2 in the post-season after a week off.

The Chiefs were a perfect 8-0 this season, seven of those games saw them as a road favourite, which is exactly what they will be on Sunday when they square off against the Buccs. Only two of the last 18 big games have been won by a margin of three points or less. Back the Chiefs to cover the three point line here. 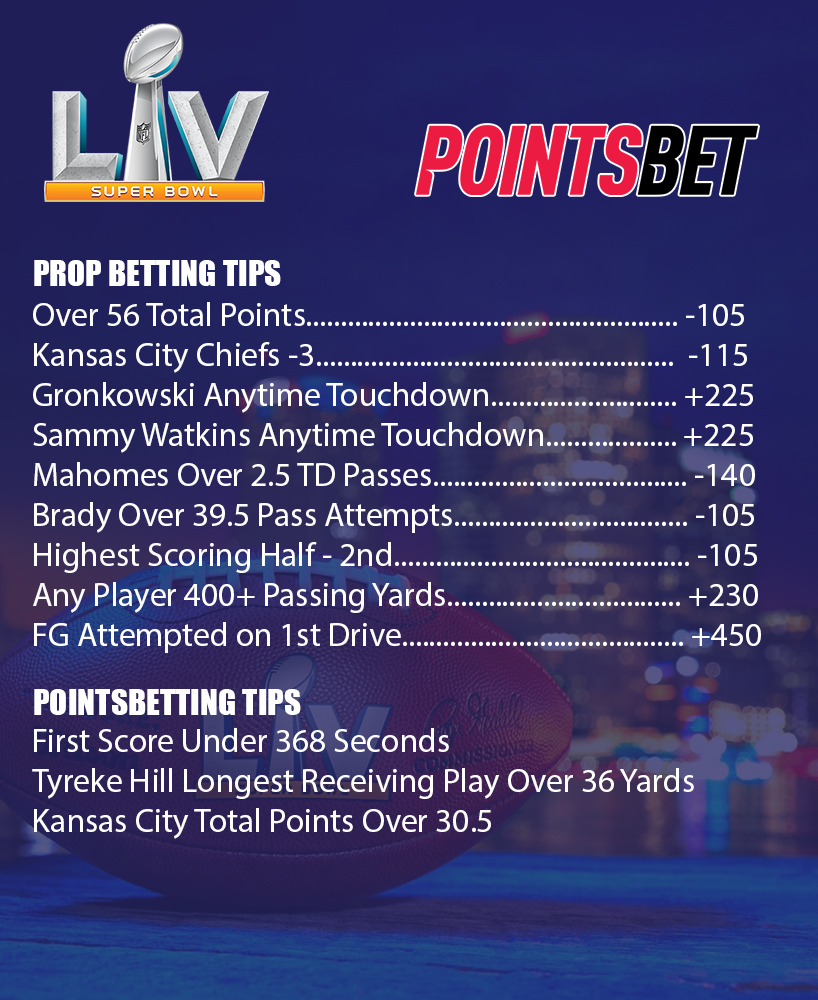