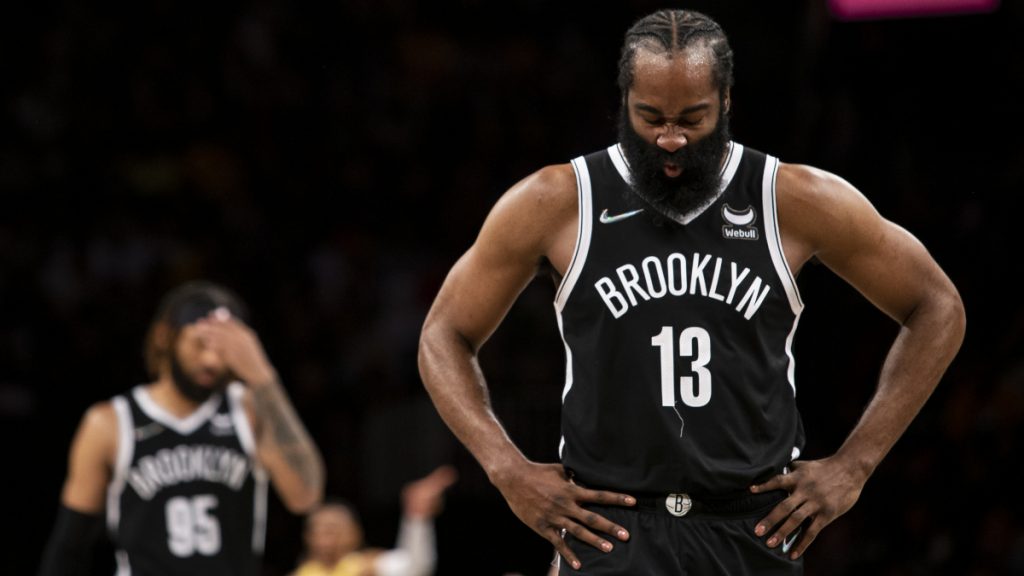 The Brooklyn Nets (29-21) – currently the 6th seed in the competitive Eastern Conference playoff picture – complete the second night of a road back-to-back, as they head to Sacramento to take on the free-falling Sacramento Kings (18-34).

This feels like a get-right spot for the Nets. They’ve struggled without superstar Kevin Durant, but the Kings might be getting their own star back if De’Aaron Fox (questionable) is able to return this evening.

Will Brooklyn’s backslide continue, or will Sacramento slump further down the Western Conference Standings? Read on for our picks and betting preview for tonight’s tilt.

The Brooklyn Nets have hit a critical point in the season. While they are still listed as the favorites to win the NBA Championship at Pointsbet, at $3.50 (+250), they have suffered 5 straight losses and currently sit in the 6th spot in the Eastern Conference.

Despite facing a struggling Sacramento outfit, this matchup could prove pivotal to the fortunes of the Nets, as they struggle through a 5-game Western Conference trip.

The Kings haven’t fared any better of late, losing 7 straight and 12 of their last 14. In fact, their 7-match losing skid is the worst in the NBA, struggling mightily since star guard De’Aaron Fox went down with a left ankle injury, with the Kings winning only 1 of 9 games without Fox this season.

The Nets are coming off a 121-111 loss to the powerhouse Phoenix Suns last night, with the Suns leading by 10 after the first quarter and maintaining that lead throughout. The Suns shot .553 from the field and were never headed, despite the return of James Harden (22,5,10) for the Nets. Before that, they’d lost home games to the Nuggets and Lakers, and road games to the Warriors and Timberwolves.

The Kings 7 game losing skid commenced on the 17th of January when they hosted the Houston Rockets, and in this span, they have conceded on average 121.7 points per game. They have missed De’Aaron Fox greatly, and with a niggling ankle injury and on-going speculation he is on the trading block, it is unclear when, or if, the Kings will get their star guard back.

With the loss of Kevin Durant and the sporadic availability of Kyrie Irving, the Nets have been looking at bigger contributions from the likes of Australian Patty Mills and other bit part players. However, they continue to run their offense through Harden and Irving, and with Harden apparently good to go tonight and the combination of Irving and Mills assisting, the Nets should have far too much fire power, especially for a team missing its number one scoring option. Add to this the Kings’ inability to defend, and the Nets should be far too strong.

There are several injury concerns for the Kings on top of Fox, with big man Marvin Bagley being ruled out (ankle), whilst backup shooting guard Terence Davis also misses out. For the Nets, Kevin Durant remains sidelined, whilst experienced role player LaMarcus Aldridge will miss the game for the Nets.

If Tyrese Haliburton can’t put the Kings on his back, I expect the Nets to push on in this one and ultimately blow the Kings out.