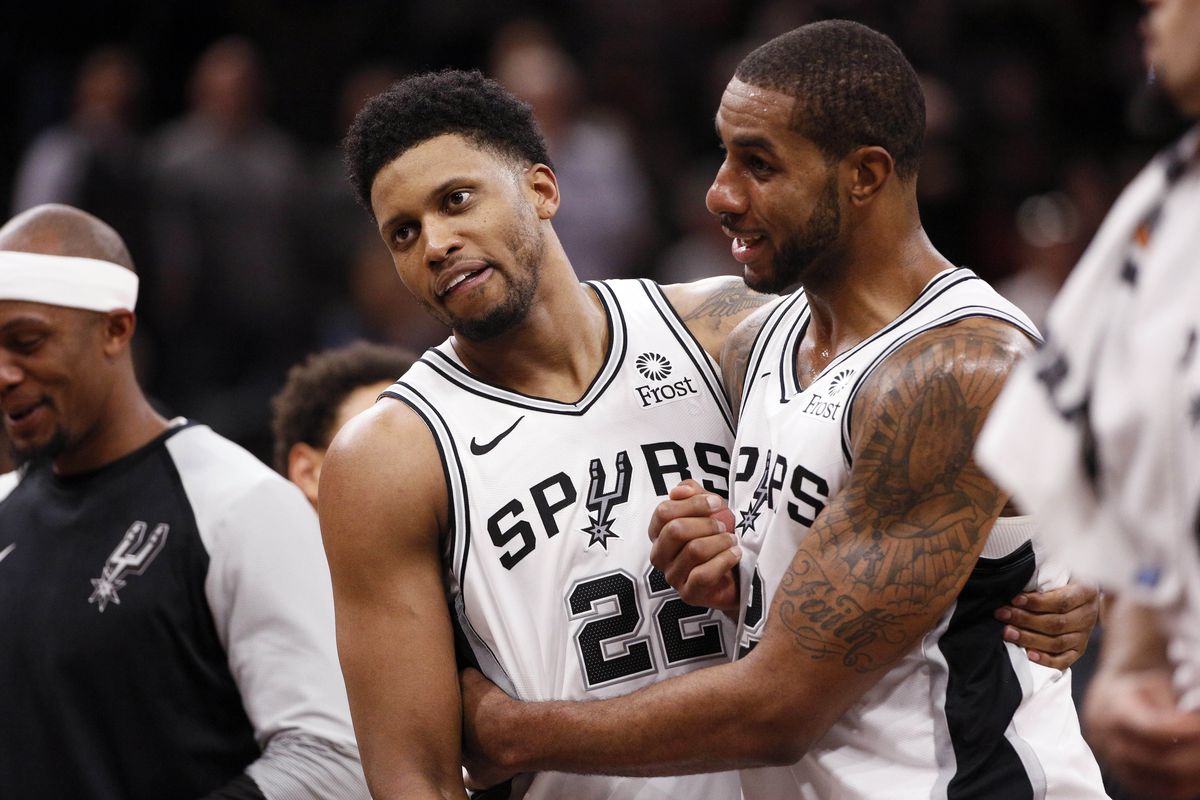 NBA Futures – Will San Antonio turn it around and make the playoffs?

NBA Futures – Will San Antonio turn it around and make the playoffs?

These are not the San Antonio Spurs that we have come to rely upon. The franchise that has made the playoffs for 22 consecutive seasons, in 29 of the last 32 and in 42 of their entire 46 years of existence, are struggling. The streak is in serious jeopardy, even at this early stage.

Even a recent two-game winning streak has only got them back to 9-14, still a game and a half behind the Phoenix Suns in the provisional eighth seed. In addition, earlier this week, the Spurs also won a game over the Houston Rockets that Houston have protested, due to a missed call on a James Harden dunk that sent the game to overtime where otherwise they would have won. Unlikely though it may be, the NBA could still overturn that result, or demand that the end be played again. They therefore could be a game even further back.

Normally at this time, we are remarking how, even though they still do not adhere to modern orthodox offensive principles, the Spurs remain amongst the high playoff seeds and look likely to win another 50 games in a season. Not so this year, though. They have been particularly poor on defence, ranking only 22nd on the season, forcing very few opposing turnovers and giving up the fourth-worst opponent three-point percentage. They have not played like a playoff team thus far.

That said, this time last season, they were in a similar situation. After a loss to the L.A. Lakers, their fourth in their last five games and their twelfth in their last 17, they fell to 11-14 on the season, and made some changes. Their struggles at that time were more offensive and defensive, but having conceded 118 points at least in each of their previous five games, it was again felt that change was needed. And it came; a move into the starting line-up for Derrick White shored up the backcourt defence and alleviated some of the offensive pressure on DeMar DeRozan, leading to an immediate four-game winning streak and a twelve-in-fifteen run. They never look back, ended up winning 48 games, and kept the streak alive.

At their core, this year’s Spurs are much the same as last year’s. The playing roster is mostly the same – they did trade away Davis Bertans over the summer, a move that has proven surprisingly painful, but the return of Dejounte Murray at point guard plus the internal growth of White, Jakob Poeltl and (it is hoped) Lonnie Walker should in theory offset that. That plus changing out Dante Cunningham for Trey Lyles was about it for rotational changes. And thus the same line-up synergy should still be within them, somewhere.

The last four games have been remarkably inconsistent. The huge comeback against the Rockets was preceded by a complete drubbing at the hands of the likely lottery-bound Detroit Pistons, itself preceded by an impressive victory over the title-competitive L.A. Clippers. The Spurs played very badly in the other game, an ugly victory over the Sacramento Kings, but ugly victories over poor teams are required for playoff contention. No one has it every night; to win ugly is key.

The Spurs are constructed still have plenty of issues. The late-game execution is becoming predictable as DeRozan tries to do everything himself; that is, except pass. Murray, the starting point guard, is making sloppy turnovers, not finishing at the rim like he used to and gambling too much on defence. No one seems well-equipped to defend either forward spot, and as a result, lots of three-guard line-ups are being run out, giving up the defensive match-ups in the hopes of outscoring the opposition. Yet in not taking or making many threes, they are not doing that, and on the interior, what both Rudy and LaMarcus Aldridge have looked aged.

We cannot even cite a particularly difficult opening schedule as a reason why they are behind their usual curve – the Spurs rank only 22nd in strength of schedule, and after what should be a victory in their next game over the Cleveland Cavaliers, they have a particularly tough stretch coming up. Their record reflects their struggles adequately.

However, the money lines right now have the Spurs as being considered significantly less likely to make the playoffs than the Suns and the Kings, the team that they just built. Although they have not found it yet, the Spurs team when engaged and clicking has much better defence than Sacramento has ever shown – Phoenix’s lack of depth has been exposed over the best fortnight, and the Oklahoma City Thunder seem likely to sell everything sellable during the season as they rebuild. With the Portland Trail Blazers suffering yet another serious injury with Rodney Hood, the competition for the eighth seed is weak, and the Spurs have the proven quality that the competition does not.

We are still only a quarter of the way through the season, and while we know the Spurs are not the contenders that they used to be, there is still plenty of time to get back to somewhere approaching where they were in the second half of last year. It seems more likely that they can do so than Sacramento.