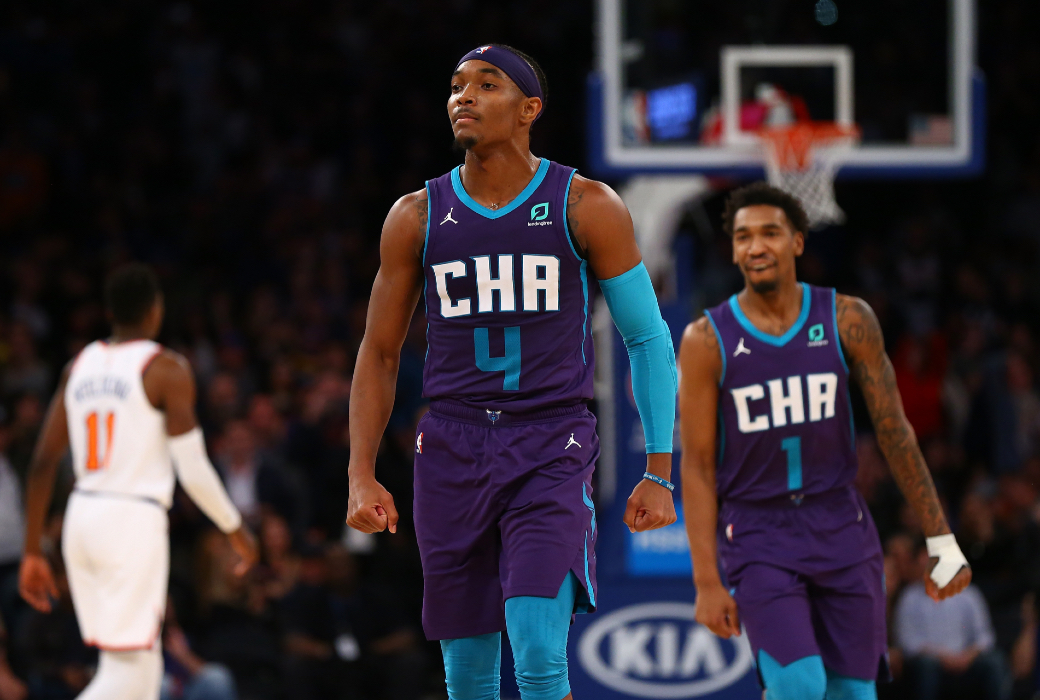 NBA Futures – Can the Charlotte Hornets make the playoffs?

NBA Futures – Can the Charlotte Hornets make the playoffs?

In the fifteen seasons since they were reinvented as the Bobcats, the Charlotte Hornets have only made the playoffs three times. They have never won a playoffs series; indeed, they have only won three postseason games. Only three times in those fifteen years have they won more games than they have lost, and the last playoff appearance was three years ago.

Even when they had Kemba Walker, the best player in franchise history, the annual win totals read only 7 (an all-time NBA low), 21, 43, 33, 48, 36, 36 and 39. Walker departed the team this summer; what we are therefore looking at is one of the least successful NBA franchises, in both recent history and overall, that also just lost its best player.

On paper, it would follow that there is very little chance of them making the playoffs this season. And that might explain why you are able to get them doing so as a future for such favourable odds. As things stand, however, the Hornets are in the provisional nine seed, right on the cusp if what would be a nice payout. And digging beneath the surface slightly sees more reasons to make that bet.

Losing Walker and Jeremy Lamb, by far their best offensive creators, should have been terminal to postseason aspirations, especially given that the hefty reliance on Walker in particular in close game situations, and the predictability thereof, cost the team many winnable games and thus potentially some playoff appearances. But paradoxically, losing them both required a rethink. They could no longer forestall the future of the franchise around Kemba, and thus had to begin playing the youth. And it turns out the youth is quite good.

Devonte’ Graham has been a breakout player at point guard, becoming one of the league’s best outside shooters. Rookie P.J. Washington also appears to have very quickly adjusted to the slightly longer NBA three-point line; whereas in recent seasons veterans such as Tony Parker, Shelvin Mack and Marvin Williams would have been getting these minutes, the Hornets have instead embraced getting younger, quicker and more jump shot-centric. That is to say, they have caught up with modern orthodox principles, and are reaping the benefits.

Former mainstays such as Williams, Nic Batum and Michael Kidd-Gilchrist are on the outskirts of the team. Williams has been moved to the bench after many years of starting, Batum has been in and out of the line-up through injury but not getting nearly the minutes he once did, and MKG has been out of the rotation altogether. The Hornets instead have been using very young starting line-ups that also include Terry Rozier, Miles Bridges, Dwayne Bacon and the rare young veteran holdover Cody Zeller, and thus even though they are no better of a team overall than they were last season, they are at least doing so with youth that will grow.

To be sure, although they are faster and younger, the Hornets are neither quick nor good. This is a team that still ranks only 22nd in offence and 28th in defence with an expected win-loss record of 6-14 and with an average margin of victory of only three points.

That said, there is a fearlessness that comes from playing young players that serves them well. These current Hornets are not burdened by the failures of their predecessors, and while there is plenty of room for growth for their players both as individuals and as a unit, that growth should only see the team improve during the course of the season. It is not as though they are going to tank the final third, bench their veterans and play the untested youth; they are doing that already.

The NBA’s Eastern Conference is extremely polarised. There are a couple of extremely good teams, five good ones, and then a massive gap to the remaining eight, who are all different shades of mediocre to poor. The Hornets are in that latter pile. But one of that pile will make the playoffs. And although the Orlando Magic (currently half again ahead of the Hornets) should improve enough to have the inside track on that spot, the money line sells the Hornets far too short for my liking. This team might make the playoffs, and are far more likely to than that number suggests.