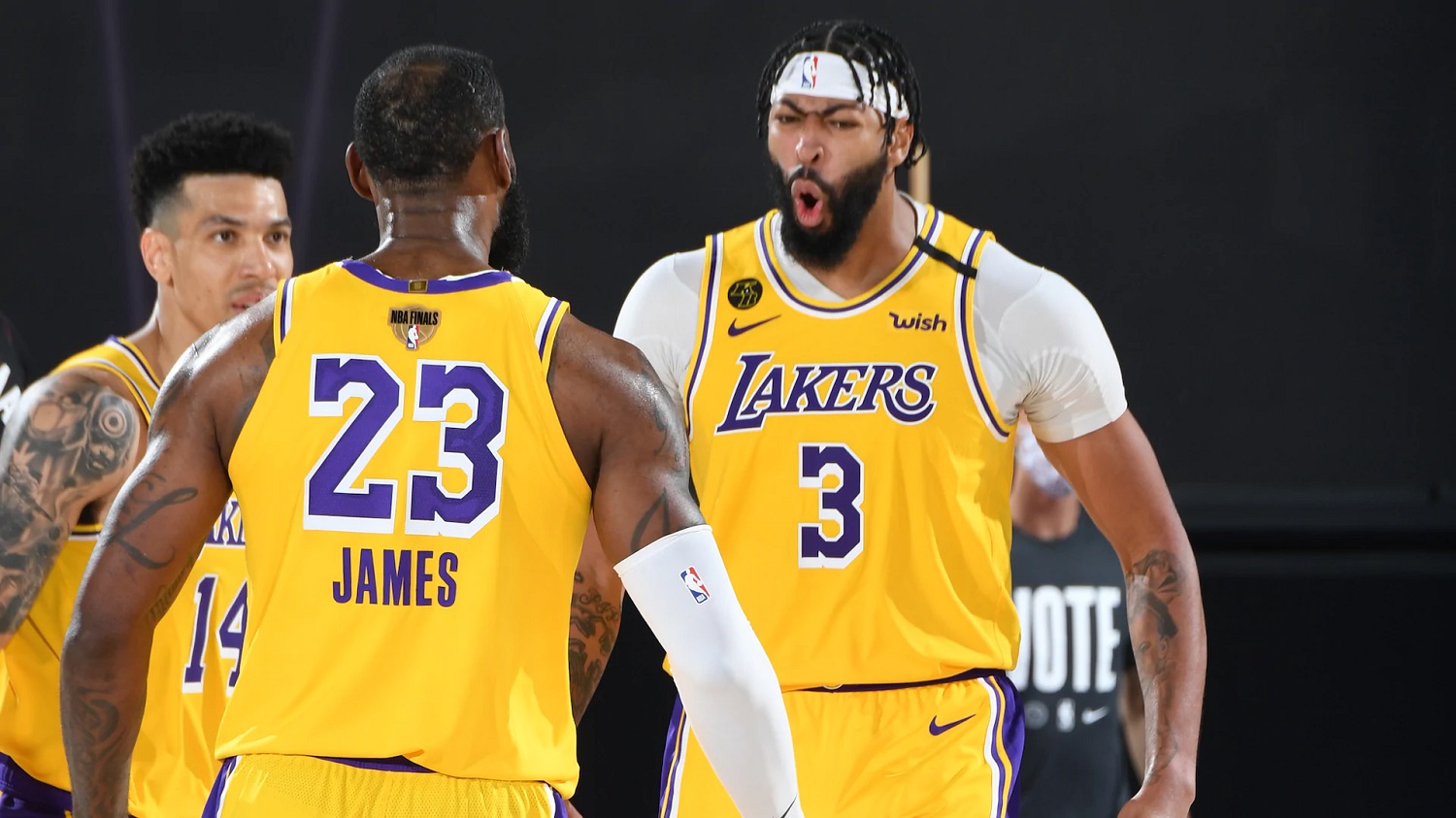 The Lakers landed the first blow of the 2020 NBA Finals, with an 18 point blowout victory of the Miami Heat. Can the Heat find their way back into the series after a horror night in game one? Or will the Lakers continue to charge towards their 18th title?

After a slow start which saw them trail by 13 points in the first quarter, the Lakers were utterly dominant in game one as Anthony Davis led the way with 34 points, 9 rebounds and 5 assists. LeBron James controlled the tempo with 25 points, 13 rebounds and 9 assists. LeBron and Davis continually picked apart the Heat’s zone defence which has been so successful for Miami this postseason. The Lakers got contributions from top to bottom and will be full of confidence heading into game two.

Whilst LeBron and Anthony Davis had their expected output, it was the contributions from the Lakers’ role players that was arguably the most important factor to the Lakers win. Kentavious Caldwell-Pope (13 points), Danny Green (11), Alex Caruso (10) and Markieff Morris (8) hit important shots early to help establish the Lakers lead. The Lakers 3 point shooting was seen as a potential concern heading into the series, however they were on fire from downtown hitting 15 threes at just under 40%, which is big by their standards. The other key aspect to the Lakers win was their work on the glass, outrebounding Miami by 18 boards. Bam Adebayo, who has been arguably the Heat’s most important player this postseason, was held to just 8 points and 4 rebounds in 21 minutes. If the Lakers bigs continue to perform as they did in game one for the rest of the series, the Lakers won’t lose.

For the first time in his career, LeBron may win a championship and not take home the Finals MVP. Anthony Davis dominated game one with his 34 points and the Heat don’t look like they have an answer for him and with Bam Adebayo carrying a shoulder injury, that task becomes even harder for the Heat. Davis has been on fire the entirety of the playoffs averaging 29 points on 56% shooting, and has been averaging 9.8 free throw attempts a game. He’s had no trouble keeping the score ticking over. In his last six games Davis has put up 37, 31, 27, 34, 27 and 34 points, he’s been a walking bucket. The Heat will likely focus on limiting the impact of the Lakers role players in game two, which will continue to give Davis plenty of opportunities. With the Heat lacking any answers defensively expect the Lakers to continue to get the ball to Davis, and expect him to keep scoring. He’ll hit the over on his points mark.

Game one was an absolute horror show to say the least for the Heat. Injuries to Goran Dragic and Bam Adebayo paired with a shooting clinic from the Lakers, made a tough night for the Heat. The Heat were smashed in the rebounding category (54-36) and lacked energy on the defensive end of the floor, it was an un-Miami like performance. However there’s no need to panic yet, this team has proven all season long that it’s an incredibly resilient group. The Heat had lost 3 games on their run to the Finals, they bounced back with a victory after all three losses.

The Heat’s biggest concern is on the injury front. Goran Dragic, Jimmy Butler and Bam Adebayo were all injured in game one. Butler sprained his ankle but continued to play out the game, whilst Adebayo reaggravated the shoulder he hurt against the Boston Celtics. Dragic however is the biggest concern as he tore his plantar fascia, which will likely see him out for the rest of the rest of the series. Miami has proven throughout the playoffs that the whole is greater than the sum of its parts, now their team first mentality must come to the fore. Kendrick Nunn scored 18 points in just 20 minutes off the bench, with Dragic’s injury the rookie of the year finalist will now have to step back into the starting role he occupied throughout the regular season. Miami will be disappointed with their defensive effort and their zone execution, expect the Heat to produce a much better performance defensively in game two.

Whilst Miami struggled on offence in game one, they have been excellent on the offensive end throughout the bubble. The Heat’s strength lies in its depth, any player can produce and they feed the hot hand, they have six players averaging double digits in scoring for the playoffs (Butler, Adebayo, Dragic, Herro, Crowder and Robinson). Miami was only the fourth team in NBA history to have three different leading scorers in the three series leading into the finals. After a poor showing from three point range (11 made threes on 31% shooting), expect a bounce back performance in game two. The Heat have scored over 105 points in thirteen of their sixteen games in the playoffs, and with the Heat continuously rising to the occasion throughout this season expect them to hit the over on their total points mark.

The Heat come into game two under immense pressure after a poor showing in game one and will be out to make amends. However with the Lakers being led by two of the premier players in the NBA with the injury challenges facing the Heat, it’s going to be one hell of a challenge to overcome the Lakers. The Lakers answered any fears about their depth, with excellent performances from role players in Rondo, Green, Caruso, Caldwell-Pope and Morris. Pair that with Davis and LeBron, the Lakers look unbeatable.

Whilst Miami will come out firing and put up a much better performance than they did in game one, it’s hard to see them finding a way to beat the Lakers. The gulf in top tier talent coupled with the injury concerns should mean the Lakers won’t have any troubles taking a 2-0 series lead. The Lakers covered the line in game one, and should cover again in game two.