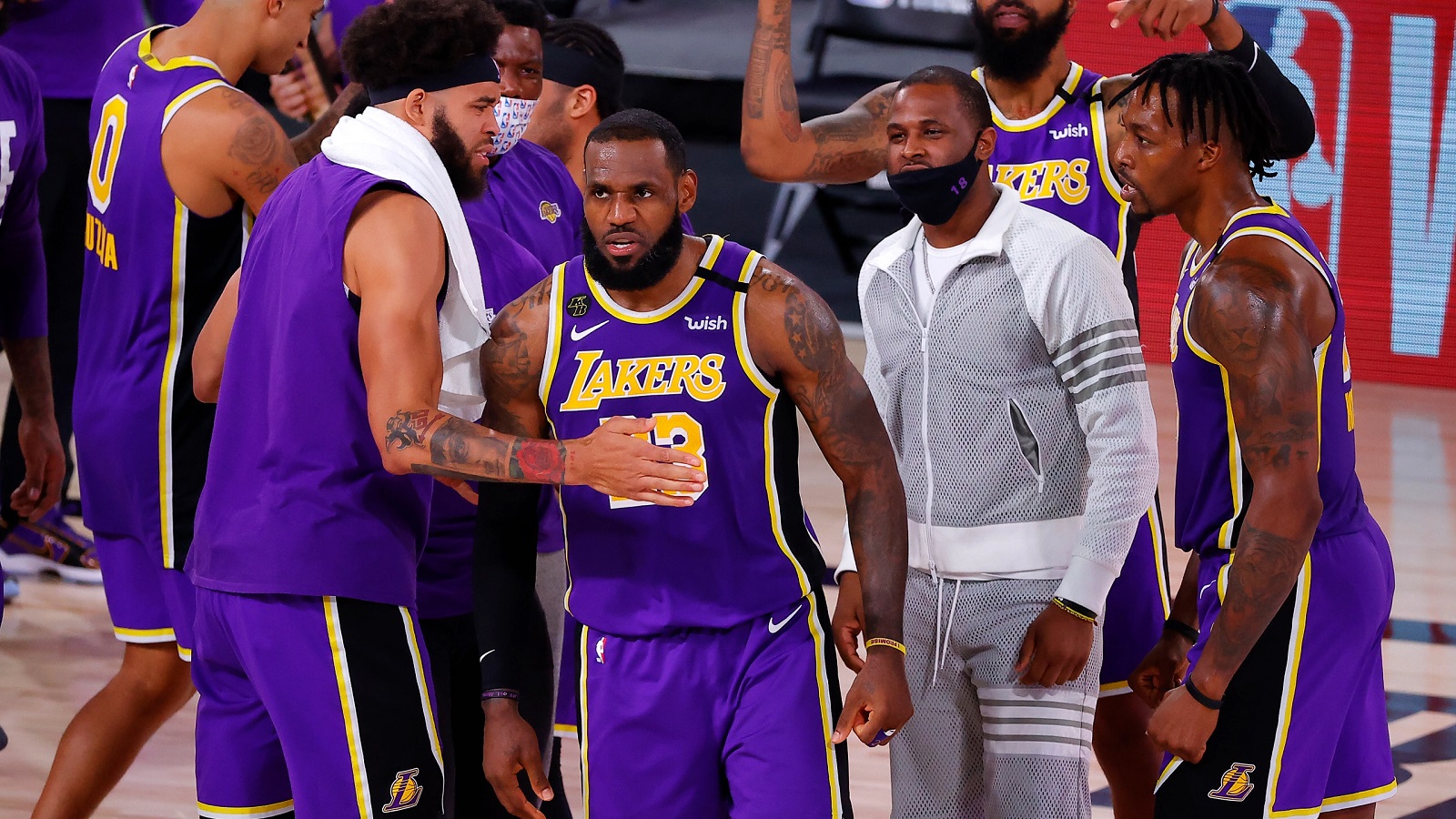 After almost twelve months in the waiting, a global pandemic that threatened to prevent the opportunity for a champion to be crowned, and one of the most entertaining playoffs in recent history, we are finally here. Game one of the 2020 NBA Finals.

It’s there for the taking. The Lakers knew as soon as the Clippers blew a 3-1 lead to the Denver Nuggets, the championship was theirs to lose. A dazzling 38 point triple double in game 5 epitomised LeBron’s emphatic performance throughout the conference finals. LeBron and Anthony Davis have proven themselves as the NBA’s best duo as LeBron heads to his ninth Finals appearance in the last ten seasons. For the first time since his time in Miami LeBron comes into the Finals as the favourite, a red hot favourite.

The Lakers come into this series off 4-1 victories in the three series leading up to the finals. They have made light work of the Trail Blazers, Rockets and Nuggets led by their superstar duo. LeBron has averaged 26 points, 9 assists and 10 rebounds during the playoffs, whilst Davis has been just as impressive averaging 28 points, 9 rebounds, 1 steal and 1 block per game. The only question that surrounds the Lakers is their depth. What happens if LeBron or AD has a bad game? Kyle Kuzma (10.5 points) is the only Laker outside of the superstar duo that is averaging double digits in scoring. However if the Lakers can finally get some contributions from Danny Green and Kentavious Caldwell-Pope, they are going to be tough to beat. The Lakers have a massive advantage in terms of experience with LeBron, Dwight Howard, Rajon Rondo, Javale McGee and Danny Green all having been to the Finals before. Andre Igudola is the Heat’s only active player who has a Finals appearance under his belt.

After the disappointment of missing the postseason for the first time since 2005, LeBron has been on a mission all season. Kobe Bryant’s tragic death and the social climate in the United States has added more fuel to an already blazing fire. LeBron doesn’t need much motivation to win, but he’s got plenty this season as he chases another ring to add to his legacy. Although he doesn’t have the rings to necessarily show for it, LeBron has been an incredible Finals performer over the years, especially in game one’s. LeBron has averaged 36.5 points per game in his past four game one’s of the NBA Finals. His most recent Finals included an incredible 51 point, 8 rebound, 8 assist performance in game one of the 2018 Finals. LeBron is built for this moment, he’s been waiting for this since he joined the Lakers back in the summer of 2018. Expect fireworks from the King, he’ll hit the over on his points mark.

The ultimate underdogs. From a 39-43 record which saw them finish tenth in the eastern conference in the 2018/19 NBA season, they now sit four wins away from basketball immortality. They had to get through the Bucks who held the league’s best record and the back to back MVP in the conference semi finals. In the conference finals the Heat had to overcome a Celtics team full of top end lottery talent, and they did it. This Heat team works relentlessly hard and loves playing together. To them, it doesn’t matter who is the star, just as long as they win.

The Heat’s scoring throughout the playoffs has been spread across the board. The experienced duo of Goran Dragic (20.9 ppg in the playoffs) and Jimmy Butler (20.7 ppg) have performed as expected, however it’s the rise of young stars Bam Adebayo (18.5 ppg & 11.4 rpg) and rookie Tyler Herro (16.5 ppg) that has shocked the NBA. Herro’s stunning conference finals series, where he averaged 19 points, 6 rebounds and 5 assists, proved he’s not overawed by the bright lights of the playoffs. A 37 point performance in game 4 against the Celtics showed he’s a walking bucket. The Heat’s greatest strength lies in its unpredictability, the Heat have incredible depth right throughout their roster and they have the trust to go whoever has the hot hand.

Bam Adebayo earned his first all-star selection this season and in the postseason has established himself as one of the center’s in the NBA. After taking responsibility for the Heat’s game 5 loss against the Celtics, Bam led the heat to a series clinching victory in game 6 with 32 points, 14 rebounds and 5 assists. Adebayo’s rebounding throughout the entire playoffs has been a major part to the Heat’s success. Adebayo has had some monster performances on the glass, including a 19 rebound game against the Pacers in the first round and a 17 rebound game against the Bucks in the conference semi finals. This hot streak on the boards has resulted in Adebayo hauling in 10, 16, 12, 8 and 14 rebounds in his past five games. Bam won’t have any troubles hitting the over mark on his total rebounds.

The Lakers have been waiting for this moment since the Clippers loss against the Nuggets in game 7 of the west semi’s, they knew they were going to be here. They are the red hot favourites and they deserve to be given their performances throughout the regular season and in the playoffs.

The Lakers have met every challenge that has been thrown their way. The Lakers Finals experience is going to be crucial in the early stages of this series as the Heat’s young side may get caught up in the bright lights. LeBron will be out to send a message and snuff out any potential of the Heat’s Cinderella run having a fairytale ending.

Two of the Heat’s three losses this postseason have been by double digit margins, so taking the Lakers to cover is a sound choice.