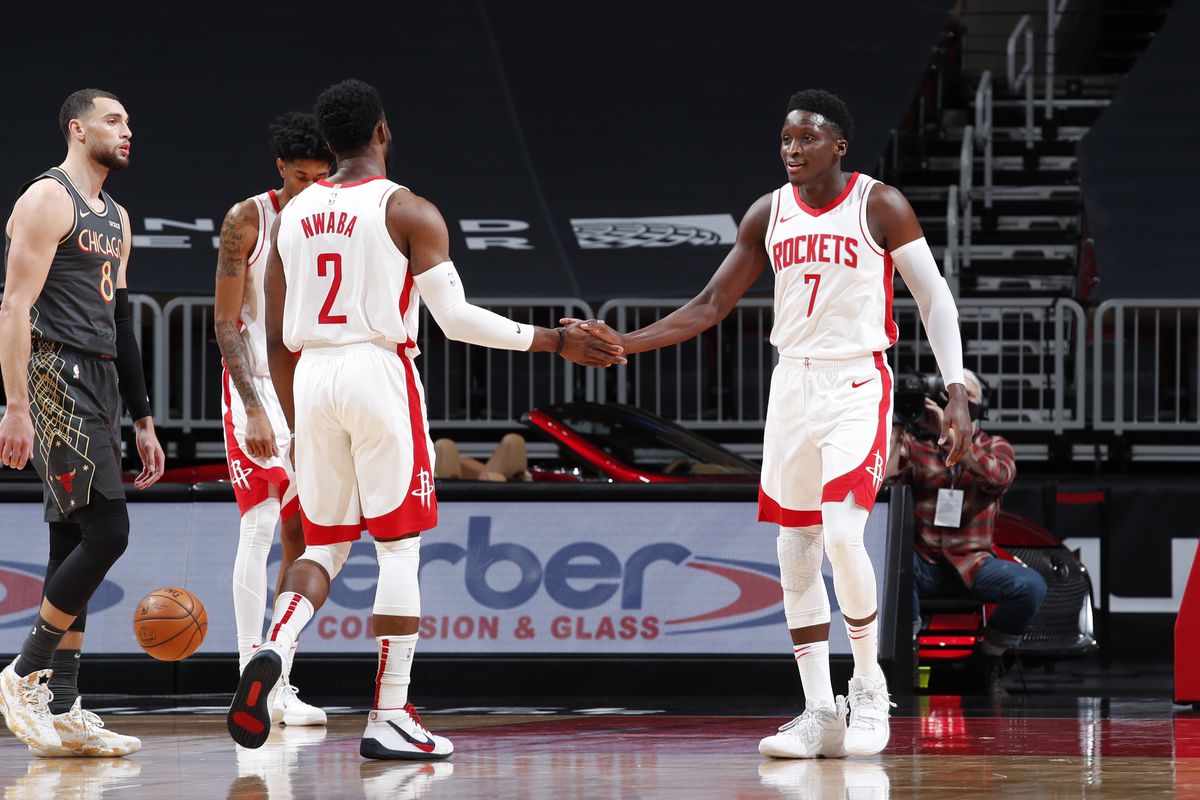 NBA Friday rolls around again and there’s another big nine game slate for us to attack. Check out our best free picks for the day here!

The Rockets were no match for the Cavaliers last time out, which really shows you where they’re at right now. They’ve lost nine consecutive games and six of those have been by a dozen or more points. The glaring weakness is their paint defense where they’re relying on a bunch of 6’6 or shorter guys to protect the rim, which just isn’t going to work out against most teams.

The Raptors have had probably the toughest run of any team this season, simply because they had to completely relocate, which means they’re effectively playing strictly road games this season. It’s fair to say they’ve struggled a touch as a result, but they’re still somehow in fifth spot in the West as it currently stands.

The Raptors certainly aren’t in the best of form, but they get a huge opportunity to build some momentum with a win over the struggling Rockets. Anything less than a 10 point win would be a surprise here.

The Kings are another team on a horror run at the moment as they come into this slate having lost nine on the spin. They too have been blown out more times than they’d like and it’s clearly their defense which is the main concern. Most recently they gave up 140 points against the Knicks, who certainly aren’t known for their firepower.

The Pistons entered this season with arguably the worst of all rosters in terms of talent, but it must be said they’ve battled away pretty well as we approach the halfway point in the season. Yes, they’ve only won nine games, but they’ve also had to deal with a ton of injuries to key players. Getting 20+ wins on the board and pumping minutes into their young guys would be a successful season for their ball club.

The Kings have been extremely disappointing of late and a lot of the time it’s just their effort that’s letting them down. The same can’t be said about the Pistons, who have done really well at challenging teams in most games. At home and against the worst form team in the league, we’ll be siding with the Pistons here.

The Hawks have had an up and down season, which probably shouldn’t be a surprise considering how young their core is. Yes, they have some more experienced guys in Gallinari, Capela and Rondo, but it’s still Trae Young’s team going forward. The Hawks come into this having won three of their last five games and will likely be fighting for a playoff spot this campaign.

The Thunder were short odds to finish clear at the bottom of the West this season, but they’ve defied the odds emphatically up until this point. Shai Gilgeous-Alexander has shown he’s more than capable as a key focus on offense, while a couple of their other young studs are also coming along nicely. It certainly won’t be playoffs on their mind this season, but simply getting better as a young team that’s their main driving force.

The Hawks have the more talented roster of the two, that much is known; however, their inconsistency from game to game and even quarter to quarter will give the Thunder great hope here. We expect this to be a close one and for the Thunder to cover the spread as a minimum.