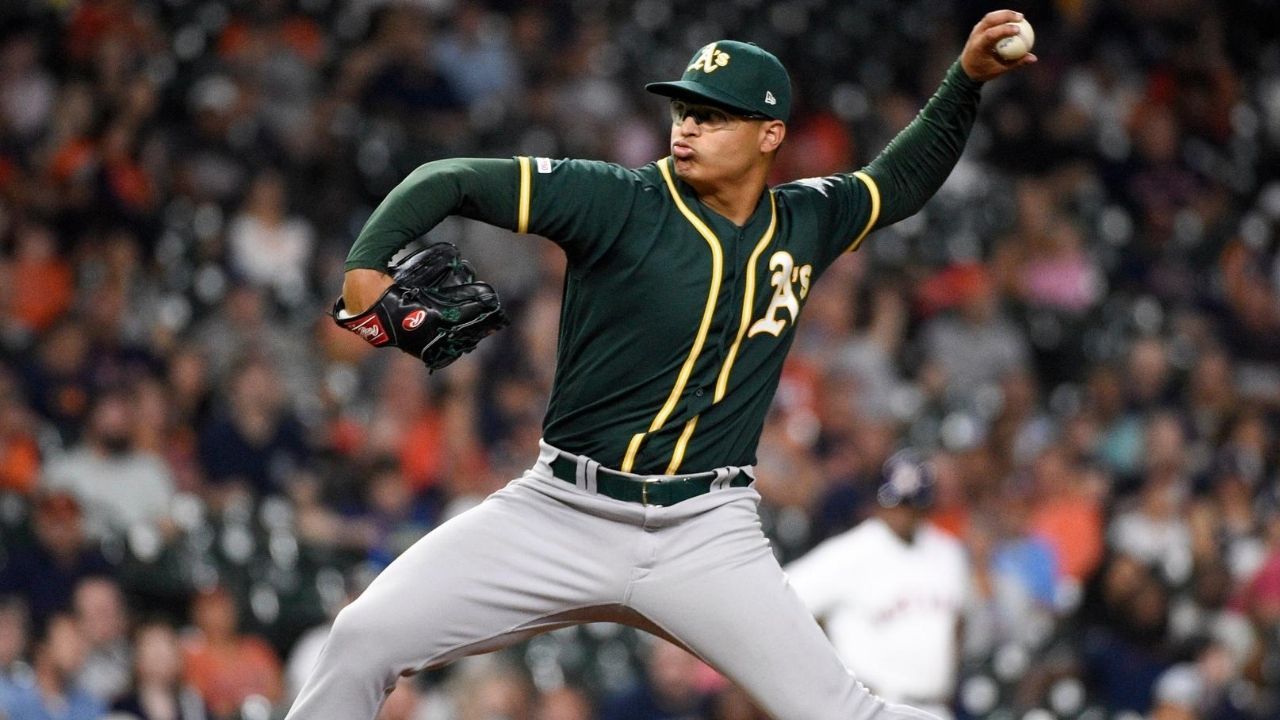 Another Sunday, another full afternoon of baseball action. Let’s dig right into our picks and best bets for today’s MLB games.

As always, lines are provided by PointsBet.

All Oakland does is win. All Baltimore does is, well, whatever it is that franchise has been doing the past couple of years.

The A’s have won 13 straight games and everything aligns for them to make it 14 this afternoon. Orioles starter John Means is a solid pitcher and not one to pick on. The same can be said about Jesus Luzardo, today’s starter and emerging staff ace for the Athletics. The difference here is in the quality of lineups. Baltimore ranks in the bottom three of virtually every AL team offensive stat, and I don’t see that improving throughout the season. This could end up being a modest scoring affair, but all projections point to backing Oakland to extend their epic streak for at least one more game.

A prop I love is the under on Means’s K’s today. Oakland has one of the lowest strikeout rates in the league against LHPs, checking in at just 20.4%. The southpaw’s own K rate vs. RHBs sits at a a modest 24.6% vs. RHBs this season, and only 18.8% for his career. Means will face 7 RHBs in today’s lineup, and while he very well might be able to keep the runs in-check, I don’t see him missing enough bats to strikeout 6 or more batters in today’s tilt.

Light rain is expected to hang around for a chunk of this game, and while I’m slightly concerned the weather will disrupt the game flow of the starting pitchers, I think this is a good spot to find value on the run line.

The projections for Eduardo Rodriguez and Nick Margevicius sit at the opposite ends of the spectrum today. The visiting Margevicius is extremely hittable and facing a Red Sox lineup that boasts a collective .275/.315/.463 slash line against LHPs. Boston’s RHBs will be wearing out the walls of the Green Monster, while Seattle will be wearing itself out whiffing at Rodriguez’s electric stuff. I don’t always look at the run line, but when I do, it’s spots like this.

Michael Fulmer has looked great in his second season since undergoing Tommy John surgery. However, the Detroit right-hander is reportedly set for “an abbreviated start” today. I’m not sure just how long or short “abbreviated” is, but for a pitcher who has only exceeded 70 pitches once this season, I can’t imagine it’s more than 4-5 innings. His career K/9 is only 7.09 and Kansas City strikes out against RHPs at a slightly below-average rate of 24.1%. I think we might sweat this when Fulmer racks up his third K today, but I’m going to take a flutter on this given the likelihood he simply doesn’t pitch long enough to punch out 4 or more visiting batters.

Danny Duffy looks similarly refreshed, flashing a much-improved fastball in his earlier starts this season. He faces a hapless Detroit lineup that he should have no problems keeping in check. With the Royals lineup facing the bumbling Detroit bullpen for much of the game, I think the projections of a low-scoring KC win will hold and hit.

Jon Gray has a career 9.13 K/9 and should face a watered down Phillies lineup in today’s matinee. His K:BB surges to a sparkling 5:1 at Coors Field versus RHBs, so the matchup and spot both align perfectly for Gray to rack up 5+ strikeouts over 5+ innings pitched. Also consider points betting this by taking the over 5.2.

I was higher on the Rockies outlook today before Charlie Blackmon received the day off, but Philadelphia right-hander Chase Anderson has reverse splits and will be starting in the most offense-friendly park in baseball. Gray’s start projects to be strong enough that the Rockies underwhelming lineup still should be able to scratch together whatever’s needed to tally the win.

Brandon Woodruff is a matchup-proof force. Today he faces the Cubs at Wrigley Field with the wind blowing in, which is one of the more tried-and-true offense-killers in all of baseball. He and Jake Arrieta both project for quality starts today, but Woodruff’s should be sterling. If Milwaukee’s lineup sans Christian Yelich was anything less than awful, I’d consider this a smash spot. Instead, I’m happy to treat it as a good value pick to round out a busy day of MLB action.

Pick this at PointsBet
Related Topics