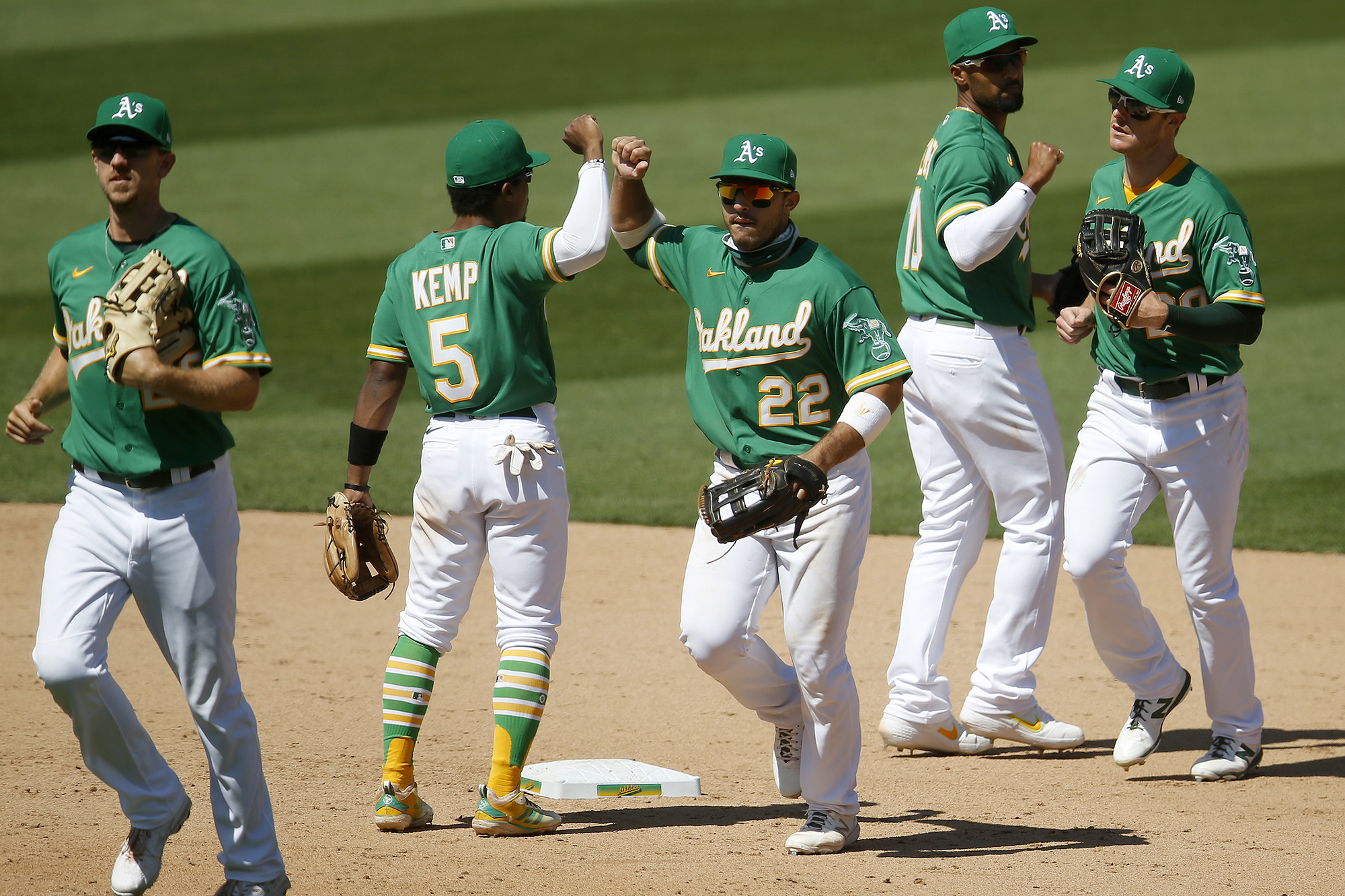 The wild 2020 MLB season is about to get even wilder, with all four Division Series matchups pitting division rivals head-to-head. Each of the five-game series will take place in a neutral “bubble” location, with no rest days scheduled. This unique format means some teams will gain or lose their normal edges – which means there’s an edge for us, the public sports bettor to gain!

Let’s take a look at each series, using pricing from PointsBet. If you haven’t joined this innovative sportsbook, be sure to sign up using our exclusive PointsBet promo code to receive the best bonus on offer.

I predicted the A’s to win the AL West at the start of the season and they didn’t disappoint, finishing with a sterling 36-24 record and a full 7 games ahead of the second-place Astros. I was high on them then, I’m high on them now, and, after they won the season series against Houston by a comfortable 7-3 margin, I’m even higher on them in this particular matchup. Their pitching is deep and offense is relentless. Don’t overthink this one. Take the better team.

Pick OAK to win at PointsBet

Like Oakland above, I picked Tampa to win the AL East before the season began and the Rays did not disappoint, winning the division by a comfortable 7-game margin. However, unlike Oakland above, their postseason prospectus gives me pause. As banged up as New York’s lineup has been all season, it’s now healthy in October. While Tampa’s pitching staff is categorically better and deeper than New York’s, they’ll face a lineup that’s categorically scarier than their own. I see the Yankees as heavy favorites in the Game 1 matchup between Gerrit Cole and Blake Snell. Who starts Games 2 and 3 opposite Tyler Glasnow and Charlie Morton is anyone’s guess – which is all the more reason why I can guarantee this won’t be a sweep either direction. Whether they earn it or steal, the Yankees will see at least one win. One team is going to see a glimmer of hope, before the other snuffs it out.

My analysis here isn’t too drastically different from TB-NY above. Atlanta’s offense was beat up during the abbreviated 60-game season, but still finished as the 2nd best offense in baseball. Their lineup is healthy for the postseason though, which is fortuitous. They’re going to need every bit of firepower they can muster to support Max Fried and uber-rookie Ian Anderson, who essentially are their only two healthy starting pitchers. Miami’s clearest – and only – advantage is its rotation. They scratched out a 6-4 season series victory, which further supports the notion that these teams are more evenly matched for a condensed schedule than you’d assume. The Marlins absolutely should be able to ride at least one strong starting pitching performance to a victory, before ultimately succumbing to the Braves equivalent of Sherman’s March to the Sea.

Pick ATL to win in 4 games at PointsBet

This series gets real interesting real quick if both Dinelson Lamet and Mike Clevinger are good to go. Those are both big ifs. We’ll provide picks and analysis for this series as soon as the rosters for both teams are announced!