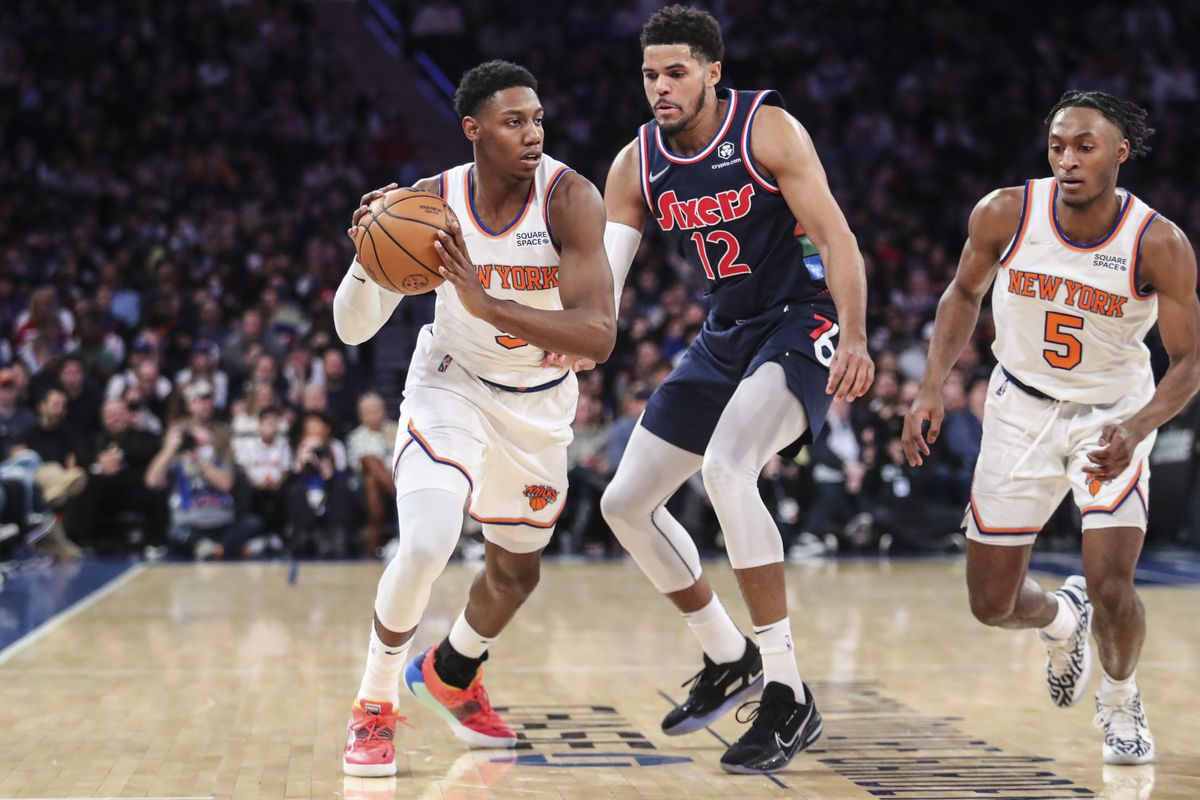 Two games into the Joel Embiid/James Harden era in Philadelphia, and the 76ers look to be an unstoppable force on offense right now. I know it’s only a two-game sample size, but the addition of Harden has had no negative effects on Embiid, if anything he seems more dominant with the addition of a second Superstar scoring option on the team.

Since the arrival of Harden, Embiid is averaging similar numbers to what he has been trending at for the past month, whilst Harden has come in and looked every bit the elite scorer from a few years ago, averaging 28 points, 14 assists and 9 rebounds over the two-game span.

Possibly the most interesting stat, however, is the amount Harden and Embiid have managed to get to the Free Throw Line. Over the past two games, Harden and Embiid have combined for 59 free throw attempts. That is INSANE. Embiid shot 27 free throws a few days ago against the Knicks by himself. The Knicks cannot afford to allow this to occur again tonight, however they are averaging 24.8 free throw attempts against per game, which is good for the 4th worst average in the league.

Speaking of the Knicks, their season is spiralling out of control. Given the highs of last season, season 2021/22 is turning out to be a disaster for this franchise, whose fans are aching for a team to get behind. They’ve lost 15 of their last 18 matches, including their last 5 straight, 4 of which were at home. They’re 4.5 games behind the Atlanta Hawks, who are currently in 10th and holding onto the last play in position in the East. It’s fair to say, the Knicks season is hanging by a thread.

Looking at the most recent clash which occurred only 3 nights ago, the stats say the game was tight, except for two big areas. As mentioned above, the 76ers got the Free Throw line regularly, shooting 39/44 (.886) compared to the Knicks 22/35 (.629). 17 more free throws made is an alarming stat for the Knicks, not least of which for the fact the 76ers won by 16 points. The other stat was turnovers. The Knicks had 18 turnovers, to the 76ers 10, with the 76ers scoring 22 points off those turnovers, 11 more than the Knicks managed.

The 76ers have no real injury concerns heading into this clash, and with a couple of days of rest, should be fresh and ready to keep pushing for the 1 seed in the East. The Knicks have a few niggling injuries, with rookie Quentin Grimes suffering from a patella injury, whilst Derrick Rose remains out and Nerlens Noel still isn’t listed on the injury report.

The 76ers started 7.5-point favourites at Madison Square Garden 3 nights ago and will start 10.5-point favourites at home tonight.  It’s a big number, and I believe with the upcoming schedule the 76ers are going to face (vs Cavs, @ Heat, vs Bulls, vs Nets), they may struggle to run away with this one. I’m concerned that the Knicks might be about done with this season, but they have enough talent to keep this within the number.

With the 76ers offense possibly having an off night, I’ll also take the under in this one, with the total set at 223.