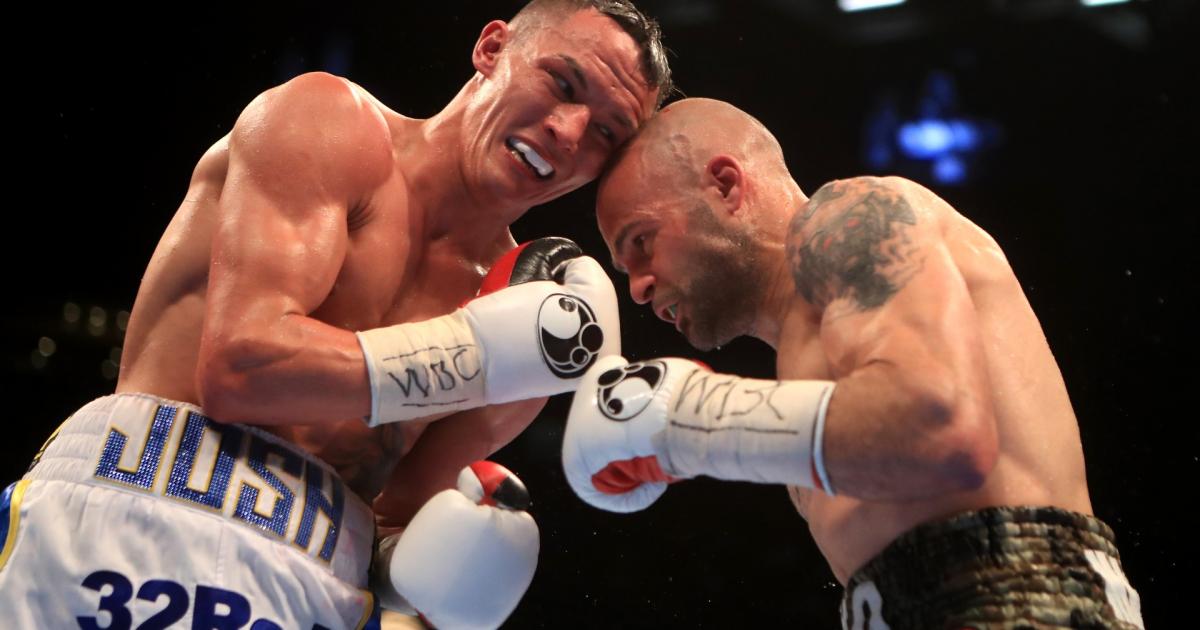 Sometimes all it takes is one punch to bring someone who was once in the shadows to the limelight. That is what happened to Kiko Martinez last November when he upset Kid Galahad to win the IBF featherweight title at the age of 36.

Galahad looked comfortable through the first five rounds before being floored in the last 30 seconds of round five. Galahad was again floored with the first punch of the sixth round and the referee stopped the fight. The Spaniard now takes in a familiar foe in his first defense of his title, Josh Warrington.

Warrington defeated Kiko Martinez five years via majority decision that some saw a bit controversial. How does the second fight playout?

Kiko Martinez goes on the road once again to Leeds, England to defend his title against a familiar foe in Josh Warrington at the First Direct Arena. Their first fight in 2017 ended in a Warrington majority decision. Some though the fight was closer than the 116-112 cards read.

Warrington (30-1-1, 7KOs) had went on a successful run defeating countrymen Lee Selby, Carl Frampton and Kid Galahad but took his first loss in 2021 against tough Mexican Mauricio Lara. Warrington tried to avenge the defeat but the fight was cut short in the second round because of a class of heads leading to technical draw.

Martinez (43-10-2, 30KOs) is sort of the boxer with 9 lives, 10 to be exact. He certainly isn’t the fresher fighter but he’s the more seasoned of the two. He has 10 losses but somehow in those string of losses he has revitalized his career. From being a world champion in one weight class to becoming a gatekeeper in another, he is now a world champion again. He has traveled to many opponent’s home countries and for the most part gives a good account of himself even in defeat. But how long can he kept doing that?

The two-division world champion finds himself as +300 underdog. I do not think Martinez is as rugged and fresh as Mauricio Lara. I also do not think Warrington is as defensively irresponsible as Kid Galahad was when he fought Martinez. The price of-400 is too steep for me to bet outright. But I do think Warrington wins. He does not have the power to stop an older version of Martinez but will box his way and stay out of enough trouble to win a very close decision. If you are feeling risky, the +300 for the outright Martinez win is a good play. I think Martinez has to stop Warrington to win but I do not think that will happen. There will be scary moments but Warrington’s experience and pedigree will lead him to a points victory.