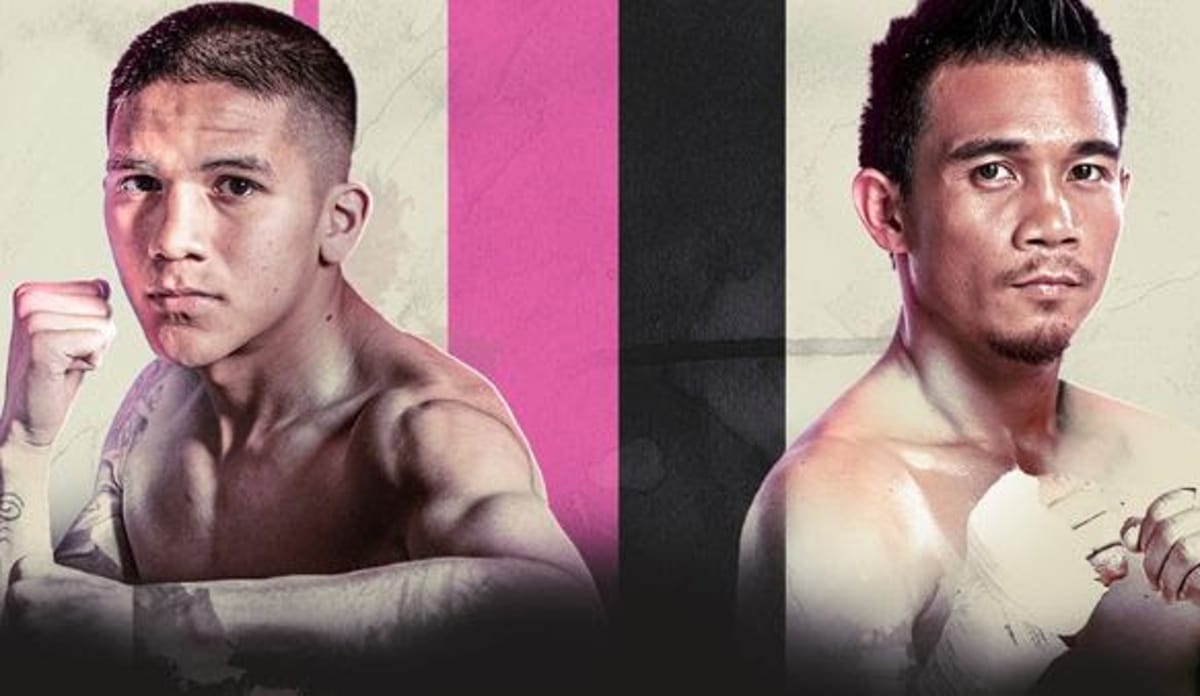 The fights just keep on coming. After a light heavyweight unification bout last week in New York, the eyes of the boxing world will move to San Antonio for a super flyweight clash.

This card is stacked from top to bottom with multiple title fights. While every one one of these fights is appetizing, the main event is the entrée.

Sor Rungvisai was supposed to take on Carlos Cuadras for the very same WBC Super Flyweight Title he is fighting for on Saturday, but he had to pull out due to an illness. Rodriguez was on the card and stepped in for Sor Rungvisai. He sent Cuadras to the floor en route to winning a decision and a world title. The 22-year-old was willing to be great and was rewarded for it.

In 15 fights, Rodriguez has stopped 10 of his opponents. That said, Sor Rungvisiai is still as durable as they come despite his older age. Sor Rungvisai has not fought in the United States since he lost his titles to Juan Francisco Estrada, but make no mistake. This will be ‘Bam’s’ toughest fight to date.

Sor Rungvisai has two wins over the great Roman Gonzalez and the aforementioned Estrada. The combination of these 3 fighters have ruled the super flyweight division for the last 10 years.

Rodriguez is primed to climb the pound-for-pound rankings and a win over Sor Rungvisai will put him in the conversation. That said, I like Sor Rungvisai’s odds. Had this fight been scheduled a year or two earlier, I may have thrown some money on the challenger at his favorable odds, currently hovering around +300. But this fight was not scheduled earlier. Sor Rungvisai is that much older. Rodriguez will be younger, sharper, and quicker to the punch.

Sor Rungvisai has not been stopped since early in his career. He also went toe-to-toe with the two best super flyweights of this era – Choclatito Gonzalez and Juan Francisco Estrada -and was not stopped in either bout. He’s 3-1 vs. this great duo – so perhaps he is the one who has an argument to be considered the best in this era.

If the same Bam shows up that made Cuadras look like an average fighter, Sor Rungvisai might be in for a long night. Sor Rungvisai is also coming off a long layoff, so I think that will be the case.

I like Rodriguez by decision. While that’s my pick, if the line for Sor Rungvisai goes above +300, I may throw some cash on him. At those odds, the implied probability of 25% would be far too low to not consider this a +EV wager.

RODRIGUEZ BY DECISION (-150 AT DRAFTKINGS)

I’m going to get some action on McWilliams Arroyo (21-4, 16 KOs). I’m not going to place a big wager, but I like him to potentially sneak an upset at wide odds.

Arroyo has been in with the best of them. Julio Cesar Martinez (18-2, 14 KOs) could definitely show out, but still, I think the odds are too lopsided here. In Martinez’s last fight, he was outgunned by Roman Gonzalez. Arroyo was as well, but these fighters might be more closely matched than many think.

Arroyo and Martinez actually met last year, but the bout was ruled a no contest due to an accidental head clash. Both fighters hit the canvas in the 1st round, although Arroyo was dropped again in Round 2.

Nonetheless, I think Arroyo’s experience will keep him in the fight. He has a very good amateur pedigree and may even win outright. Like the main event, I think it’s simply a much closer fight than oddsmakers believe. Let’s take a flyer on Arroyo and see what happens.