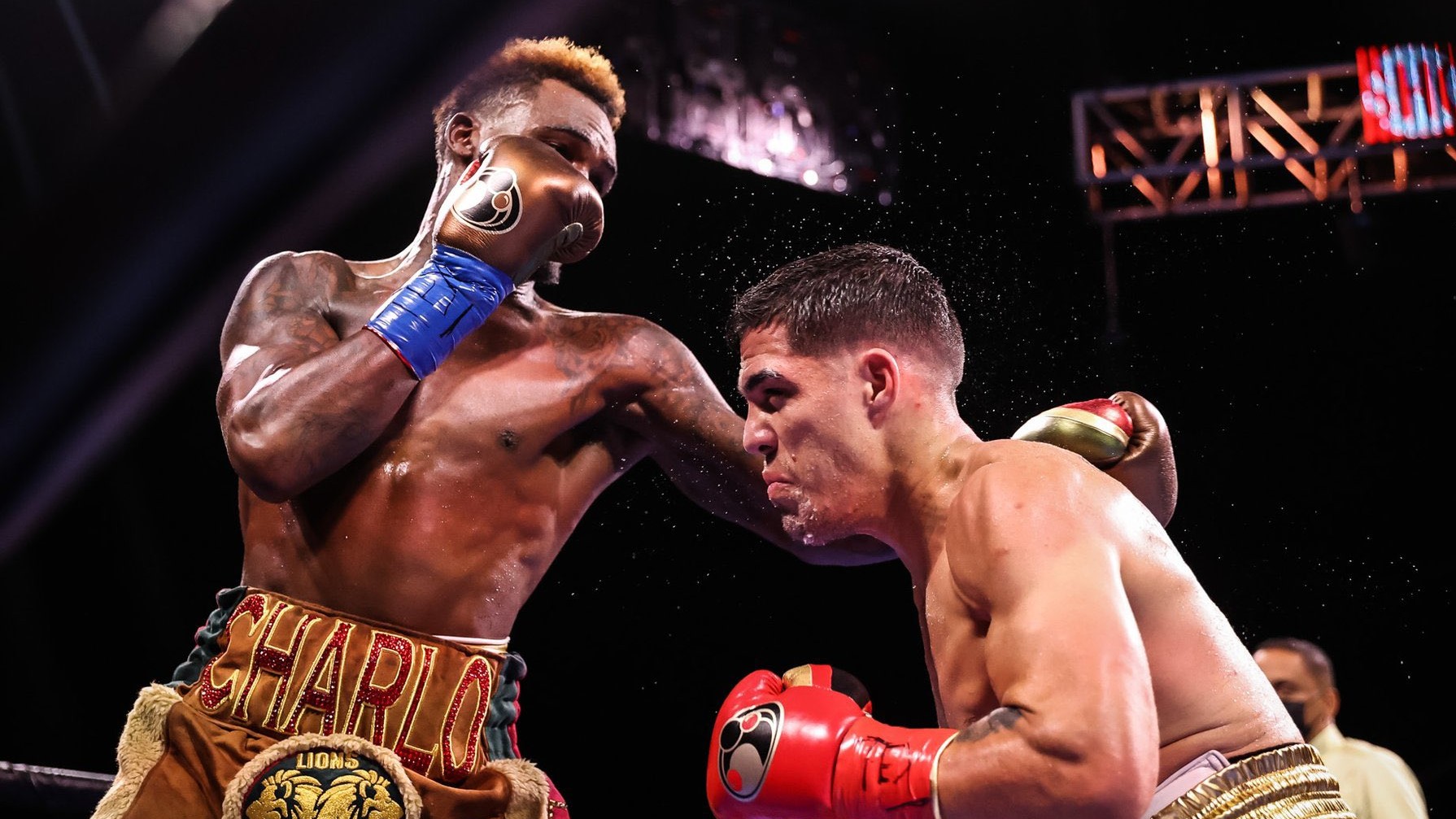 The much-anticipated rematch between Jermell Charlo and Brian Castano is upon us. The two will meet in Los Angeles this Saturday where one will walk out as the undisputed junior middleweight champion. The first fight in July happened a year ago in a controversial draw. The rematch was postponed 4 weeks and it is finally upon us. Let us see the play for this massive 154 lb. tilt.

Let’s see what type of action we can find for this Saturday’s big fight.

After the cards were read last July, both men looked dejected and felt they won the fight. The fight was close and the 117-111 card in favor was putrid to say the least. Both men have sticking points in why they won the first fight.

Charlo (34-1-1, 18 KOs) can state his case in the 2nd round and 10th round, where he hurt Castano with a counter left hook that made Castano have to look deep inside himself to survive in the 2nd round. Charlo’s power jab in the 10 followed by a short left hand stumbled Castano on the 10th.

Castano (17-2-1, 12 KO’s) to his own credit, did not back down from Charlo. In the third round, he countered Charlo and had the unified champion a bit dated and confused on the ropes. His work rate in the middle rounds made it easy to score some of the middle rounds for him and sometimes his late outburst put some of the Charlo rounds in question.

After 36 minutes, we left off where we started; still not knowing who the better fighter was. However, Saturday, both men will get a chance to restate their case.

For Charlo to get the nod in the rematch, he has to be more active and not just rely on his power. Charlo has that power jab that not only will hurt Castano but also will score a lot and often. Charlo moves well and does not get credit for being a good defensive fighter. But he is. He is the more athletic fighter and he has to use all the tools he has at his disposal to get the nod Saturday. If Charlo can keep Castano at distance with his power jab and have Castano aware of the right hand, Castano will be in for a long night.

Castano will have to be as active as he was in the first encounter. If Charlo gives him the ability to throw his flurries and not reply like in their first bout, we can see the same outcome. Castano cannot stop his volume and has to make Charlo work all 3 minutes of every round.

Charlo has more than enough tools to get the job done. If he boxes in the last third of the fight instead of chasing a knockout, he should win this bout. I think he will have the mindset to do this. I like him to win by decision.

CHARLO TO WIN BY DECISION (+125 AT DRAFTKINGS)