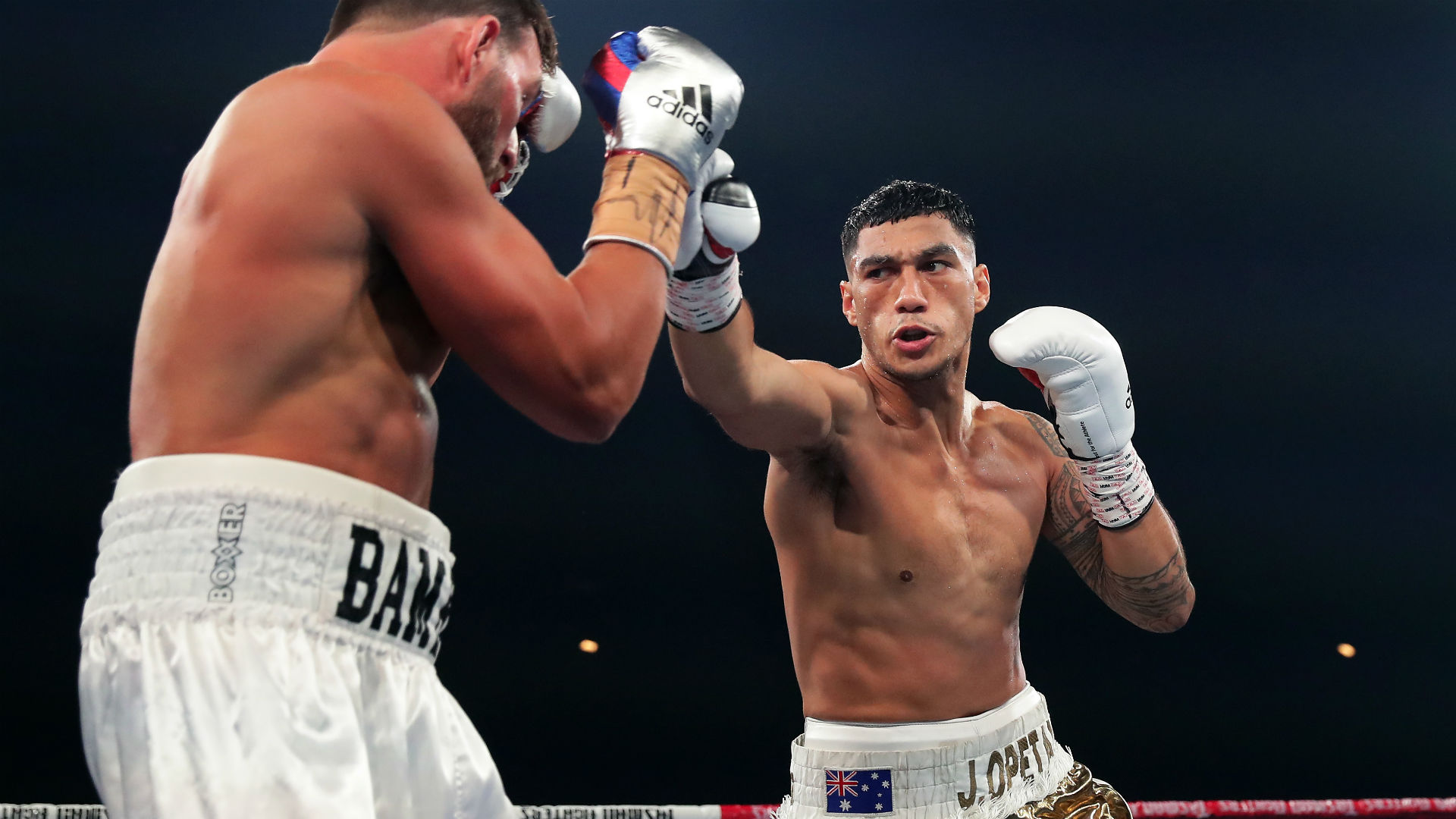 The boxing schedule simmers down a little bit in the US during 4th of July Weekend. I never understood why no one takes advantage of a long holiday weekend to thrown on a boxing event when all that is on the schedule here in the US is baseball.

The best cruiserweight not named Usyk for the last five years has been Mairis Briedis (28-1, 20 KO’s). He proved his worth twice entering the World Boxing Super Series twice. In his first attempt into the tournament, Briedis lost to Usyk in the semifinals. The division was so good and deep that there was enough talent to do a second tournament, which Breidis won, making him the Ring Magazine Cruiserweight champion.

After several delays, Jai Opetaia (21-0, 17 KO’S) will finally get his shot at the IBF cruiserweight title when he takes on Mairis Briedis this coming Saturday. Undefeated in 21 fights as a professional, the odds makers are saying that Opetaia will be a tough test for Breidis is only a +180 underdog on DraftKings.

The pair were originally set to meet on April 6, but this bout was canceled after Briedis COVID-19 positive and then came down with the flu. They were supposed to meet May 11 but another postponement came when Opetaia suffered a rib injury. The two men will finally meet on Saturday, July 2.

If you look at Opetaia’s resume there is a lot of smoke and mirrors. He is undefeated and has a lot of knockouts but there is no name recognition on his resume. Meanwhile, there is a who’s who of cruiserweight victories for Briedis, which include Dorticos, Glowacki, Marco Huck, and even Manuel Charr who challenged for a world title at one point.

Listen to me this fight is easy to predict. By no means am I saying Opetaia may not eventually become a world champion, but going against the best in your first major step up fight is a recipe for disaster. Sure, he holds the home field advantage as this fight is taking place at Gold Coast Convention Center in Queensland, Australia but aside from that what can you say he does better than Briedis? Maybe he makes a better diss track against Jake Paul.

I think the fight will be fun for however long it goes. I do not think Opetaia is ready just yet and do not think his chin has been tested by an elite fighter. It will Saturday. I think Briedis wins and gets the stoppage.