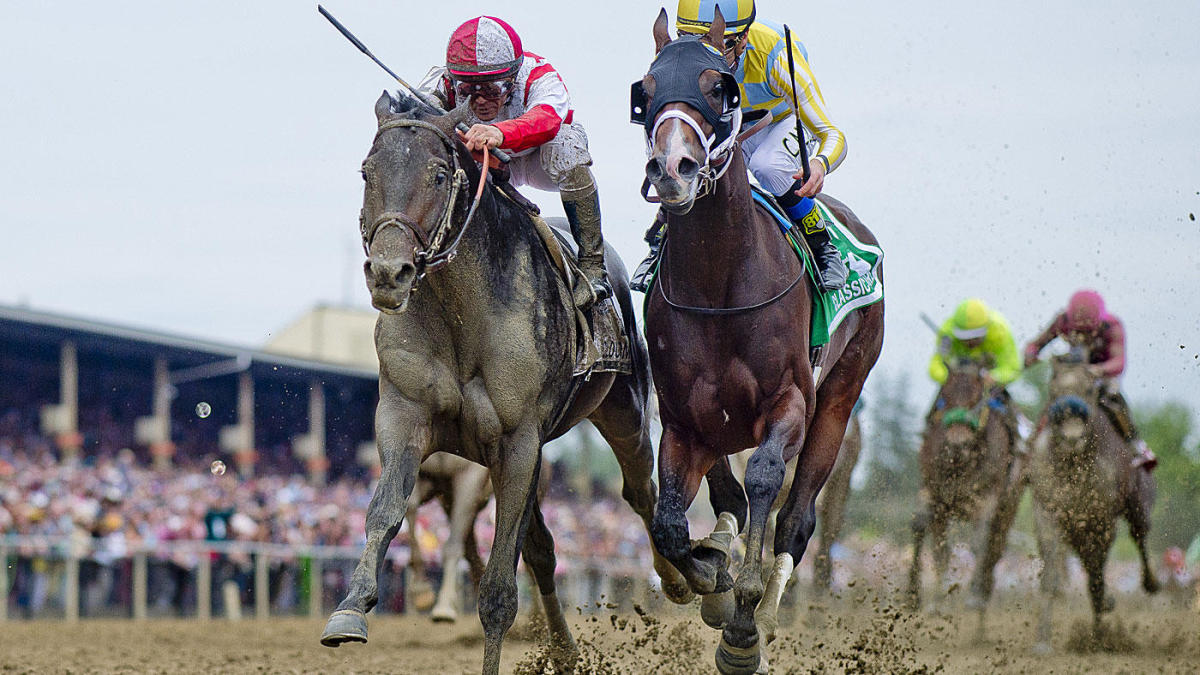 One horse will earn a spot in the Kentucky Derby by winning the Louisiana Derby on Saturday. The nightcap at Fair Grounds racetrack is the first of eight qualifying races that award 100 Kentucky Derby points to the winner. Second place gets 40, which could be enough if you add in a few points earned at any other stop on the Road to the Kentucky Derby.

We’ll start our picks with one of the most competitive outings on the 14-race card, which includes eight stakes races with jackpots of at least $100,000.

A deep and evenly matched field will run 1 1/8 miles on the turf course. A dozen horses with a mix of running styles, speed, mid-pack and closers makes it hard to forecast race shape and pace. Oddsmakers must see it the same way as the favorite is a lukewarm 3-1.

FACTOR THIS (PP: 1 ML 4-1) is on the rail and should be able to bust out to the lead at the open. He’s raced on a firm, Fair Grounds turf course three times, winning two leading from beginning to end and finishing third in the other when he didn’t secure the lead. There isn’t much, if any, rain in the forecast. So, he should get two things he likes, the lead and a firm track.

COLONEL LIAM (PP: 5 ML 3-1) started his career with two races on Gulfstream Park’s main track. Trainer Todd Pletcher must have seen something to make him believe COLONEL LIAM might prefer grass. He flipped the four-year-old to turf and it’s paid off with three wins in four grass goes. It might be four for four had he not been pinched at the start of the lone miss.

LOGICAL MYTH (PP: 6 ML 6-1) is what is called a horse for the course. He’s run at the New Orleans track seven times, taking home the winners’ check not one, not two… but five times with a second. Outside of Fair Grounds, her has only two scores in 12 tries. He’s been on a roll of late, finished first or second in his last six starts.

SPOOKY CHANNEL (PP: 8 ML 8-1) ran the best, last race speed figure for this crew and grades out as one of the best horses in the field. He’s no stranger to the winners’ circle with nine visits in 18 races. However, he hasn’t put back-to-back wins together in his last 10 starts and he won his last.

CLICK HERE TO BET ON THE MUNIZ MEMORIAL AT TVG.COM

This is the fillies’ version of the Louisiana Derby where the winner will also lock in a spot at Churchill Downs for the Kentucky Oaks, which runs on the Friday before the Kentucky Derby. Who will get the Oak’s 100?

LI’L TOOTSIE (PP: 4 ML 4-1) has hit the track three times, twice in wet conditions. She won her last race on a sloppy wet track with a strong late push in the final strides. You like that when a horse runs for 1 or more for the first time. However, it’s not that race that catches the majority of our interest. It’s the race before that and her only trip on a fast track. She popped a triple-digit speed figure, the only horse in the field to achieve the milestone, in a 6 furlong romp. Lookout if that’s who she is on a fast track.

CLAIRIERE (PP: 6 ML 2-1) is a length away from winning her first three races. She got bumped at the start and had to run wide in the second-place finish. She came back for revenge and beat the horse that beat her in the last race, but those fractions were a little on the slow side. Hitting the gate at start probably didn’t help things. A cleaner start and expectations that she’ll improve in her second race after three-months in the barn makes her a top contender, again.

ZAAJEL (PP: 1 ML 8-1) could be on the front of what could set up to be a moderate to slow pace at the start. If top jockey Irad Ortiz, Jr. can be on the lead, or close to it, after 6 furlongs running at more than 1:11, she might be next to impossible to pass late.

TRAVEL COLUMN (PP: 8 ML 5/2) is the horse that got the better of CLAIRIERE. She almost did it twice but lost by a neck, giving up the win at the wire in her last outing. She too is making her second after a layoff but, unlike CLAIRIERE, her history says to expect the same in race two as race one.

CLICK HERE TO BET ON THE FAIR GROUNDS OAKS AT TVG.COM

Six of the eight horses in the La Derby raced against each other on February 13th in the Risen Star Stakes at Fair Grounds. Today is an eighth of a mile longer, which could change things a little since the last time they met, but probably not too much.

PROXY (PP: 4 ML 7/2) has never finished worse than second (3x) in five starts. The problem isn’t at the end of the race, it’s at the start for the son of TAPIT. In his last three efforts, PROXY has either hit the gate or played bumper cars in his first strides. Trainer Michael Stidham is putting blinkers on PROXY for the first time in hopes of a cleaner start.

MANDALOUN (PP: 6 ML 8/5) won the Risen Star when most of these met a little more than a month ago. He was able to take command in the stretch and add to his lead on the way to the win. Adding length here should work to his benefit. He’s also making the classic third start after a layoff, which means MANDALOUN should be in/near peak form.

RUN CLASSIC (PP: 3 ML 12-1) is moving way up in class, going straight from his maiden win to the big time. It has happened before. BY MY STANDARDS made the same jump in 2019 and collected the Louisiana Derby hardware. What stands out is RUN CLASSIC’s winning time at 1 1/16 miles. It was identical to MIDNIGHT BOURBON’s win over the top two picks in the Lecomte Stakes at Fair Grounds. The maiden score produced the second-best late pace figure for this field and RUN CLASSIC might have left some in reserve as the closest horse was 2 ½ lengths behind in the stretch.

It’s a tough call for the fourth spot between HOT ROD CHARLIE (PP: 5 ML 3-1) and MIDNIGHT BOURBON (PP: 7 ML 5-1). We’ll lean MIDNGHT BOURBOUN because he has history at Fair Grounds and has beaten the top two picks in the Lecomte. HOT ROD CHARLIE’s big race came at Keeneland, which produced some spiced-up number and he’s yet to match it anywhere else.

MIDNIGHT BOURBON’s pair of wins came when he got the early lead. He could be in the front early here but will likely have competition and might have to go a little too fast to hold on late.

CLICK HERE TO BET ON THE LOUISIANA DERBY AT TVG.COM