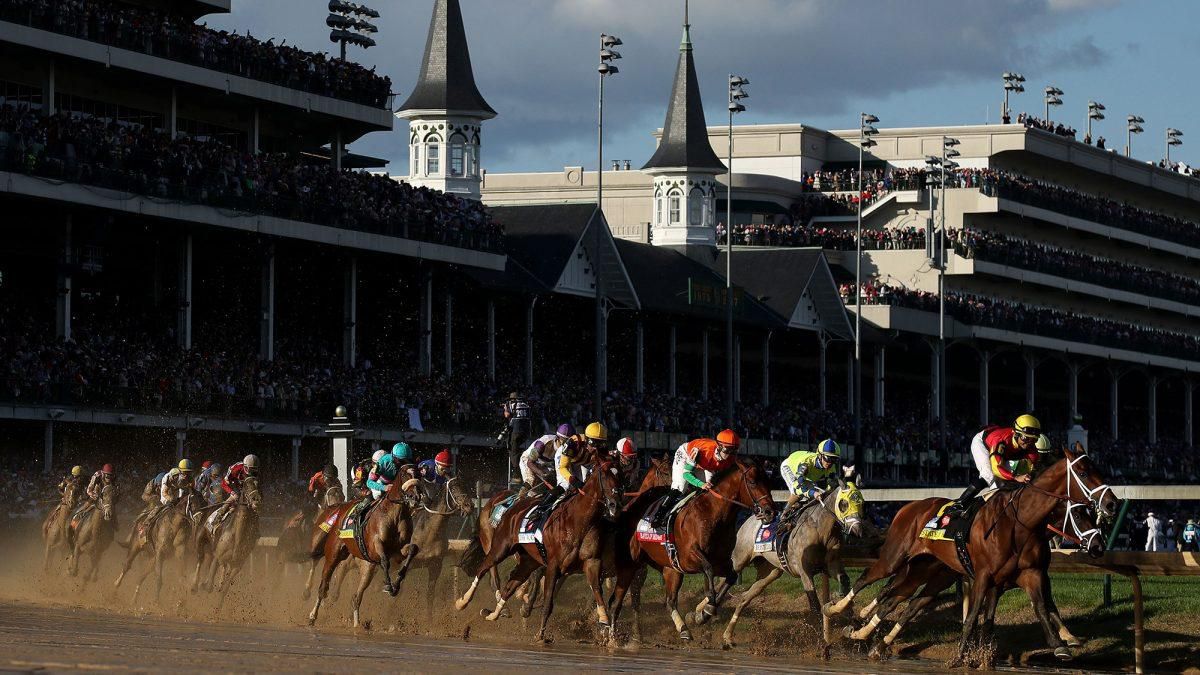 Last Saturday’s Belmont Stakes and the other five stakes races with prize money of at least $100,000 ran to form. Five of the six winners were the odds-on favorite. This week’s stakes races at Churchill Downs might provide the same lack of value for horseplayers.

The iconic, Louisville, Kentucky track hosts four stakes races with jackpots of at least $100,000 with the Stephen Foster being the headliner.

The $100,000 Bashford Manor Stakes gets the big money races started in the 8th on Saturday’s Churchill Card. It features seven, two-year-olds going at it for 6 furlongs (3/4 of a mile). From a handicapping perspective, they are the terrible twos as well because you just don’t know how they are going to behave from one race to the next.

CAZADERO (PP: 6) is the 6/5 morning line favorite after destroying a field of 11, winning his debut by 8 ¾ lengths. He jumped to the lead and turned on the jets late. If he runs the same race in the Bashford, he’ll have a great chance to be two and Oh.

GATSBY (PP: 3 ML 4-1) ran the fastest ¼ mile fraction in his winning debut compared to the rest of the field. The distance and surface favors horses that flash early speed. If he can get on/near the lead from the get-go, he’ll have a shot to lead from gate to wire.

COUNTRY FINAL (PP: 7 ML 6-1) started his career on turf and will be flipping to dirt. Trainer John Ennis scores at 17% with the surface switch. The son of OXBOW stepped out of the gate first and extended his lead as the race moved towards the finish line in his debut. He’s had some strong workouts on dirt, indicating he might like the surface. If he can run a similar race on dirt as he did on grass, 6-1 odds will be great value.

HULEN (PP: 2 ML 5-1) won his debut on June 12th as the heavy favorite in a seven-horse field. He lived up horseplayers’ confidence with a strong move in the stretch to find the winners’ circle. Trainer Steve Asmussen follows the maiden win with another W at a strong 21%.

HYPERFOCUS (PP: 4 ML 4-1) managed to get to Gulfstream’s winner’s circle despite a slow start. He’s the most expensive horse in the group, bought for $100,000. While cost doesn’t always translate to quality, experience says it’s a decent measuring stick for handicapping two-year-olds.

BET NOW: CLICK HERE TO BET ON THE BASHFORD MANOR STAKES AT TVG.COM

Unlike the unpredictable Bashford Manor Stakes, the Grade II Fleur de Lis Handicap appears to be a two-horse affair. Seven fillies and mares (females) are going to battle for 1 1/8 miles on Churchill’s main track.

Pace will dictate which of the two gets to wear the Fleur de Lis Handicap crown in race nine. SERENGETI has a chance to be alone on the lead as she clearly has the quickest first steps out of the gate. She’ll be on the lead. Jockey Joe Talamo could find himself 2 to 3 lengths ahead of the pack early on, but the jock will need to make sure his horse doesn’t go too fast. If SERENGETI EMPRESS can run the first half-mile in more than 47 seconds, she could be hard to pass.

In her last race, MIDNIGHT BISOU barely lost to MAXIMUM SECURITY, one of the best, young male horses in the world. She fell short by just 3/4 lengths in the $20 million Saudi Cup in Saudi Arabi. On this side of the planet, she won seven of her previous eight efforts. The lone miss was the race prior to leaving for Saudi Arabia where she finished second and ahead of SERENGETI EMPRESS.

IF NOT THOSE TWO, THEN WHO?

GO GOOGLE YOURSELF (PP: 1 ML 8-1) finished first, five times, or second, three times, in eight of her last 10 races. She’s been strong at Churchill, finishing in the money seven of nine starts. The five-year-old hasn’t raced since April 18th; however, she’s put in some fast training sessions and should return to the track ready to work.

ANOTHER BROAD (PP: 2 ML 12-1) is making her second start after a five-month rest. Her recent history hints at major upside in performance for the Fleur de Lis. Trainer Todd Pletcher also delivers in second starts following a layoff, scoring at 20%.

Trifecta: #4 SERENGETI EMPRESS and #5 MIDNIGHT BISOU to finish first and second with #1 GO GOOGLE YOURSELF, #2 ANOTHER BROAD or #7 MOTION EMOTION to finish third.

BET NOW: CLICK HERE TO BET ON THE FLEUR DE LIS AT TVG.COM

On to Saturday’s main attraction, the $500,000 Stephen Foster Stakes.

TOM’S D’ETAT (PP: 5) is the even money favorite to win race number 10. The four-year-old will try to hold off seven others as they navigate 1 1/8 miles on the main track. It’s easy to see why he’s the pre-race chalk. He’s run seven straight speed figures of 100 or more. No other in the field has more than three triple-digit numbers in their last 10 starts.

OTHER FAVORITES TO WIN:

OWENDALE (PP: 8 ML 4-1) won his last race, his first outing since November 29, 2019. Winning and second starts are robust angles for trainer Brad Cox. He goes back to back Ws and wins second starts following a break at 28%, stellar.

BY MY STANDARDS (PP: 6 ML 5/2) has hit the tape first in five of his last six races. The 2019 Kentucky Derby, on a sloppy track, was his only trip in the last half-dozen that didn’t result in an oversized winner’s check. A wet track has been his Kryptonite, no wins in three tries, but five wins in six-races on a fast surface.

FEARLESS (PP: 1 ML 12-1) is likely to be far, far back of the pack at the start, but he’ll come on like a thunderstorm in the plains when jockey John Velazquez pushes the go button. The son of GHOSTZAPPER has passed tons of horses late in four of his five races.

SILVER DUST (PP: 7 ML 10-1) has finished no worse than fifth in his last 10 races. He’s a neck and a head away from winning six of them. He’s going to be close to the front, keeping tabs on the leader(s) and if he’s first or second in the stretch, he’ll collect a big check for the Tom R. Durant barn.

Good luck at the races!