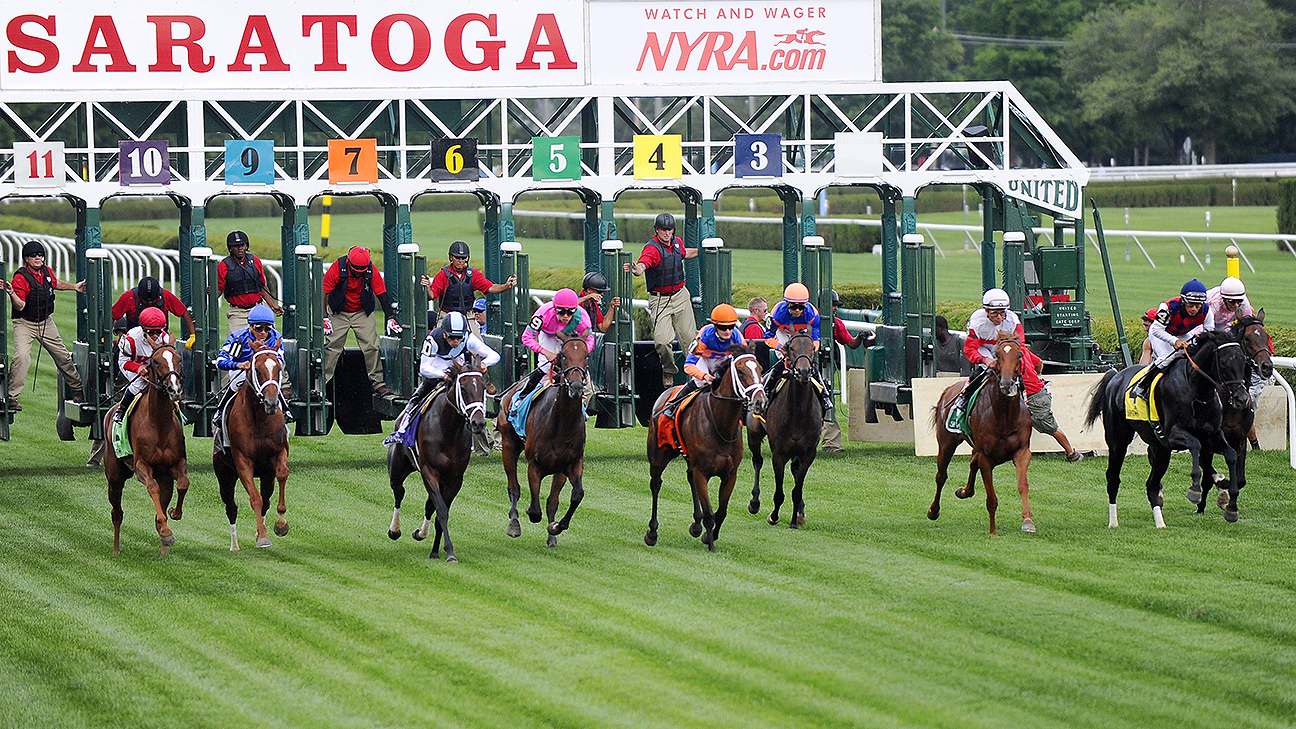 Normally, Saratoga Springs, New York is bustling with summer vacationers and horse racing enthusiasts at this time of year. The Saratoga Spa State Park is popular for its mineral baths and Performing Arts center. The small town is also the home of The National Museum of Racing Hall of Fame and Saratoga Race Course.

Obviously, COVID-19 has thinned out crowds and altered many vacation plans this summer; however, the racing goes on at Saratoga.

This weekend, the “Graveyard of Champions” hosts the biggest race of them all, the $750,000, Grade I Whitney Stakes.

A scrawny field of five will race 1 1/8 miles in the ninth race at Saratoga on Saturday afternoon for the Whitney crown.

TOM’S D’ETAT (PP: 5 ML 6/5) has made it look easy, winning his last four races. In the process, he vanquished BY MY STANDARDS (PP: 1 ML 9/2) in his last race. Jockey Corey Lanerie barely asked the seven-year-old for his all in the final strides and still won the Grade I, Stephen Foster stakes by 4 ¼ lengths over BY MY STANDARDS. In the race before the Stephen Foster, TOM’S D’ETAT won “going away” from runner up IMPROBABLE (PP: 2 ML 5/2).

BY MY STANDARDS gets the rail, which has won three (25%) of the 12 races at the distance and surface during the current meet. Trainer Bret Calhoun’s horse has done its best work at the distance with three wins and a second. He’s been exceptional on a fast track with five wins and two seconds in seven starts. Rain isn’t in the forecast until Sunday. So, he should get a surface to his liking.

CODE OF HONOR (PP: 3 ML 5/2) will likely be at the back of the pack from the start and need to pass all of them to find the wire first. Closing is not the winning style for recent Whitney champs as six of the last seven to score ran first or second at the quarter-mile marker. However, and this is a sizeable however, CODE OF HONOR has raced twice at the Spa, winning both.

BET NOW: CLICK HERE TO BET ON THE WHITNEY STAKES AT TVG.COM

It’s hard to get value in a five-horse race. Race 10, the $300,000 Grade I, H. Allen Jerkens Stakes is a fuller offering with 11 entrants. They’ll battle it out over 7 furlongs, which has favored fast horses in the first six runs at the distance. There are plenty of fast ones in this group.

NO PAROLE (PP: 6 ML 9/5) looks to be the fastest of them all on paper. He’s raced six times and won five of them going wire-to-wire on the lead. Apparently, he did not like a sloppy, splashy, wet track at Oaklawn Park as he just stopped running half-way thorough the race. Since then, he’s won his last two outings, including the top, last race speed figure.

EIGHT RINGS (PP: 2 ML 8-1) has been a tale of two horses, great and awful. He destroyed the competition in his two wins and never had a chance at the checkered flag in his other three outings. We are counting on the great version on Saturday as trainer Bob Baffert’s horse has been lights out in his workouts leading up to Saturday afternoon.

ECHO TOWN (PP: 4 ML 9/2) finished a well beaten second to NO PAROLE in his last go around the track. He might have made a race of it at the finish line if he didn’t play bumper cars after the gates opened. Despite the awkward start, he ran one of his fastest three-quarters of a mile times. Quite often, horses that improve their fractions perform well in the next race too. It can be a sign of a horse reaching peak form.

MISCHEVIOUS ALEX (PP: 5 ML 8-1) is another that likes to let loose and run fast all the way around the track. He got off to a funny start and was bumped early in his last race. It was his first run after spending three-months in the barn. Prior to heading to the sidelines, he won three laughers in a row. That’s the horse we expect to see in on Saturday as the track should be fast and hard. He’s won four of seven with a second and third on seven fast ovals.

BET NOW: CLICK HERE TO BET ON THE H.ALLEN JERKENS STAKES AT TVG.COM

Seven horses will grind it out for 1 3/8 miles on Saratoga’s Inner Turf course for the Bowling Green Stakes title in the 11th race.  From experience, inner turf course winners seem to resemble barbells. Horses either get to the front and lead from beginning to end or some horse comes from way off the screen in a worst to first effort.

CROSS BORDER (PP: 2 ML 5/2) is of the upfront variety. He’s typically first or second in the early going and is by far the most consistent frontrunner in this group. Jockey Jose Ortiz shouldn’t have too much competition for pilot or co-pilot spot and will try to keep CROSS BORDER’s perfect Saratoga record intact. The son of ENGLISH CHANNEL is a horse for the course with four wins in four races, just four victories in 21 races anywhere else.

PILLAR MOUNTAIN (PP: 7 ML 12-1) should be way, way behind CROSS BORDER and the leaders for the first half of the race, but he’ll be coming on at the end like a loaded truck heading downhill with no brakes. Get out of the way. This is his second start after an extended rest and his history suggests he’ll be much better in his second race after a layoff. The five-year-old could not be much better at the distance with two wins and a second in three tries.

SADLER’S JOY (PP: 6 ML 2-1) should keep PILLAR MOUNTAIN company at the back when they pop from their boxes. Trainer Thomas Albertrani’s horse will make his third start off the bench, which is one of Albertrani’s highest performing angles, winning at 22%. He’s finished third in three straight and five of a dozen at the distance, along with three wins and a second.

DOT MATRIX (PP: 4 ML 9/2) has won from the front and from the back. It will be interesting to see where jockey Joel Rosario places him at the start. Our guess, the middle of the pack. He will also be running in his third race after a few months on the bench. Trainer Brad Cox hits at a strong 30% in round threes with a horse that has a win and a second in two Saratoga efforts.

BET NOW: CLICK HERE TO BET ON THE BOWLING GREEN STAKES AT TVG.COM