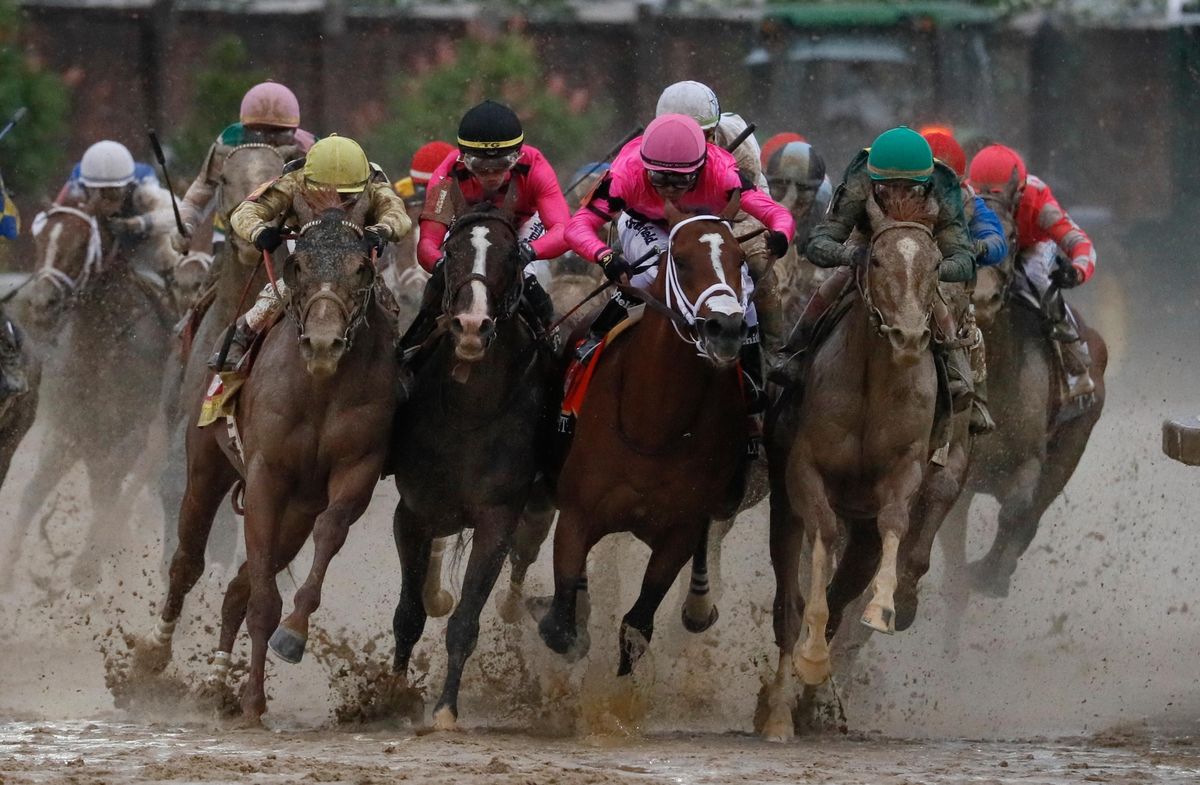 It might be a few weeks later than hoped, but stakes racing returns to fabled Churchill Downs racetrack. Three Saturdays ago, it was supposed to be the Kentucky Derby, but the first leg of the Triple Crown was moved to September 5, 2020 thanks to COVID-19.

Today, the Grade III Matt Winn Stakes headlines five Churchill stakes races with jackpots of at least $100,000. The card of 11 races is filled with deep fields and quality horses. It should be a good day for horseplayers that get their tickets right.

The $100,000 Shawnee Stakes starts the stakes party in the seventh race. A field of seven fillies and mares (female horses) will race 1 1/16 miles on Churchill’s main track. Historically, the distance and dirt surface slightly favor (52%) horses that get off to a fast start. However, all four winners since the Louisville, Kentucky track re-opened ran no worse than third after the first quarter mile. Perhaps it’s a byproduct of well rested horses?

DUNBAR ROAD (PP: 4 ML 4/5) is the heavy pre-race favorite. The four-year-old is dropping in class after recording the best last race speed figure. That’s one of our favorite handicapping angles. While the Chad Brown trainee won’t be in the lead, she should track the leaders closely, maybe running third or fourth early on. Expect DUNBAR ROAD to make her move coming out of the final turn and put the heat on tiring leaders.

If speed is going to make it five for five at the distance, then SHE’S A JULIE (PP: 8 ML 2-1) is the horse that’s most likely to lead the race from start to finish. She’s won four of her nine races at the distance and three of six at Churchill, so she should feel right at home today. She’ll be tough to pass late if the first half-mile is run in more than 47 seconds.

It’s hard to believe that a horse that has won five of six races at more than a mile is 10-1, but that’s where the oddsmaker puts VAULT (PP:6). The funny thing is that the non-win was a second-place finish when she stumbled at the start. If the four-year-old can get off to a clean start, she’s likely to try and hug DUNBAR ROAD from beginning to end and hope to outrun the favorite to the wire.

MOONLIT GARDEN (PP: 1 ML 15-1) has the best number at the distance, meaning she has the most potential, but she doesn’t always live up to her ability. Take her last race, for example. She was the heavy betting favorite and finished a well beaten fourth. The good news is that trainer Mark Casse rebounds to win at 24% with beaten favorites the next time around the track.

Win: #8 SHE’S A JULIE. It’s tough to make money betting favorites, especially when they are below even money. That’s why we’d wager on SHE’S A JULIE instead of DUNBAR ROAD.

We’ll skip a race to the Blame Stakes in the ninth on Saturday’s Churchill card.

A lot of horses, 14, are going slug it out for a mile on the main track. Once again, jockeys that can take their ride close to the front from the start have the advantage, winning 29 of 45 races during the fall meet. It’s especially true when there are bunch of horses, like 14, with all sorts of bumping, traffic and blocking going on in the pack.

It would take a special kind of horse to overcome some of the disadvantages of running from behind in a deep field with a speed bias.

OWENDALE (PP: 8 ML 3-1) might be that kind of horse relative to the rest of this crew. He’s been running against top level competition, some of the best male horses in the world. The third-place finisher in last year’s Preakness Stakes won’t see anything close to a VINNO ROSSO or a TOM’S D’ETAT today. This is the lowest level he’s run at in more than 15-months. Three to one odds could be an overlay.

GLOBAL CAMPAIGN (PP: 3 ML 9/2) should be well positioned to take advantage of the speed bias. Normally, he places second or third in the first quarter-mile of the race. He last raced on April 25th, which was his fist race in nine months. He didn’t miss a beat. In fact, he came back stronger than before.

In what’s usually a strong sign for the next race, he cut his 6 furlong time by nearly three seconds compared to his previous race at the same distance. If he improves in his second start off the bench, as many horses do, he could make EZ work of this race.

The second tier of horses all have similar profiles and could press for the lead, which would give any of them a shot at winning.

AMERICAN ANTHEM (PP: 11 ML 15-1) has three seconds in three races at the distance. He also has a win and second in two Churchill races.

MONEY (PP: 13 ML 5-1) has been bad, really bad in his last two starts, losing both by 10 lengths. Ordinarily that eliminates a horse from consideration. However, he appears to be a horse for the Churchill course with three wins in four starts, just two Ws in nine races elsewhere. It’s hard to look at his last two starts, but it’s hard to overlook his Churchill record.

DIAMOND KING (PP: 14 ML 10-1) has a pair of wins and seconds is four races at a mile, including his last effort. He’s going to try and get the lead from the jump. He’ll be hard to pass if he has the lead and runs more than 47 seconds after the first half-mile.

Finally, the Grade III, Matt Winn Stakes is all about slight pre-race favorite MAXFIELD (PP: 10 ML 5/2). Last year, he was considered one of, if not the best, two-year-old horses on the planet after winning the Grade I, Breeders’ Futurity at Keeneland. He hasn’t raced since notching his second win in as many starts on October 5th.

If he comes out of the barn ready to run in his first race in seven months, he should make easy work of this field. His training sessions have been strong leading up to today and suggest he’s ready to let loose. If MAXFIELD isn’t ready to go, we see three other horses as the prime candidates to win the 10th race.

PNEUMATIC (PP: 2 ML 4-1) is also undefeated in two career starts. He’s taking a step up in class today; although, outside of MAXFIELD, none of the other 11 horses are standouts. He should be able to handle the higher level of racing with any improvement.

NY TRAFFIC (PP: 6 ML 10-1) is one of two frontrunners and put his best stuff on the track in the last three races. Pace is going to be everything for him as he tends to fade late. If he can take the lead and run more than 47 seconds in the first half-mile, he’ll have the legs to make it close at the wire. Anything under 47 seconds and he’s probably going to back up.

MAJOR FED (PP: 12 ML 5-1) has finished first and second in his two clean tips around the track. He finished third and fourth when he’s had in race troubles; getting off to a bad start in his last race and having his path altered by another horse in his debut.