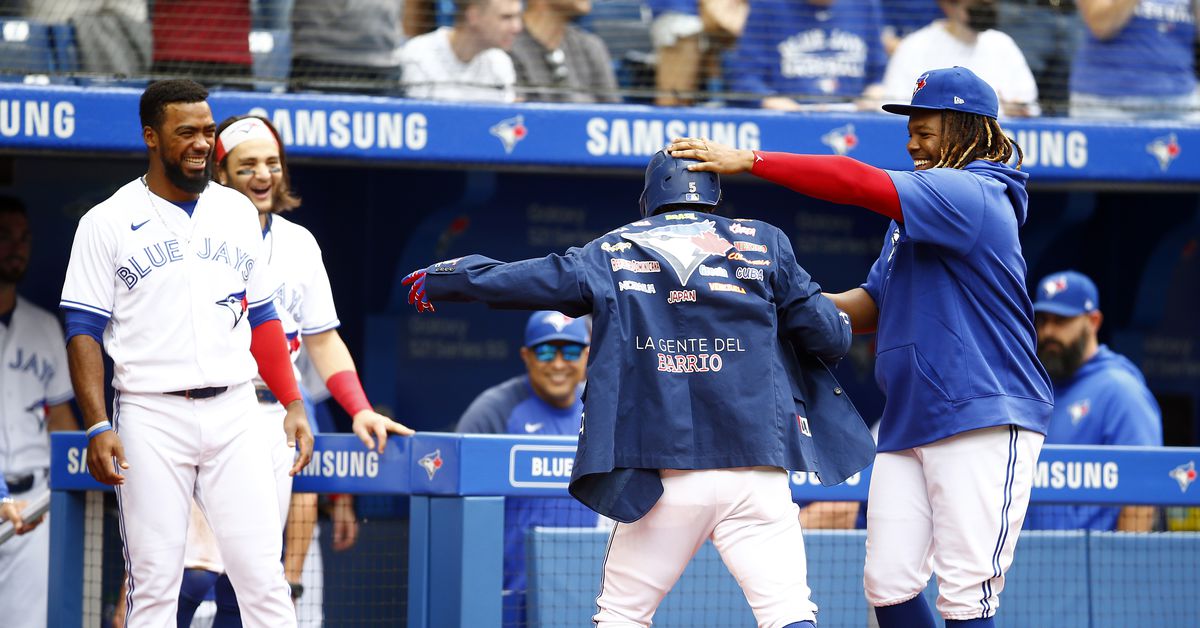 Fresh off a MONSTER 9-1 showing earlier this week, we’re back to break down the betting action across the MLB this Friday, April 15, 2022.

As always, we’ll dive deep into a game we’re targeting, while also sharing our full list of today’s best bets in a “Quick Pick” format.

Loyal TSP readers will remember that I’m firmly on the Blue Jays bandwagon – both from baseball and betting perspectives. Tonight Toronto will host Oakland in the opener of a three-game homestand. I’m forecasting fireworks. 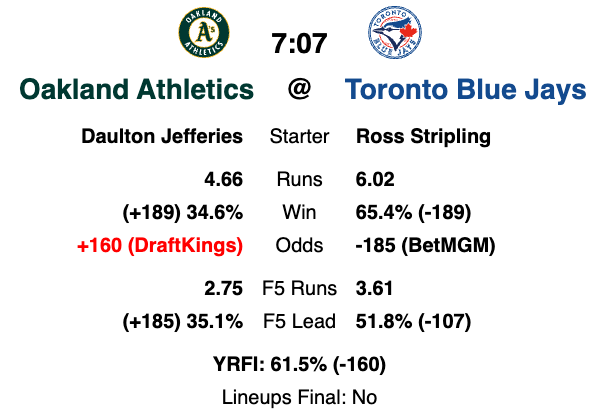 Our partners at Ballpark Pal have powered the at-a-glance preview above. After diving a layer deeper, I think there’s big betting value on the run totals.

Oakland will start RHP Daulton Jefferies. The 26-year-old is an extreme finesse pitcher. He pounds the strike zone with a four-pitch mix, but simply does not miss bats (career 4.50 K/9, 8.4% SwStr%) and instead relies on contact management. He has found success in some starts, but underlying metrics (career 5.14 FIP, 5.46 SIERA) suggest his margin for error is razor thin.

Jefferies will take on a Blue Jays lineup that absolutely feasts on right-handed pitching. In 2021, Toronto lead all of baseball in wOBA (.338) and ISO (.202) against RHPs, and were second with a 111 wRC+. These averages tick up even higher when you factor in the hitter-friendly home environment of Rogers Center.

The hosts will start RHP Ross Stripling – who, at this point of this career, I’m beginning to regard as a bit of a journeyman. The 32-year-old has better career numbers as a reliever than a starter (3.54 ERA vs. 4.16 ERA, .293 wOBA vs. .323 wOBA) but is serviceable in either role.

Stripling’s “issue” tonight is that he’s simply not stretched out. He has only thrown 8 and 24 pitches in each of his first two appearances this season. It’s expected that RHP Trent Thornton (career 4.94 ERA) will piggy-back off Stripling in what will amount to be a bullpen game.

I’m completely onboard with the projections for this game. Toronto will be without Teoscar Hernandez, who hit the IL yesterday, but this lineup is deep and talented enough to make the most of their contact against Jefferies. Similarly, the rebuilding Athletics have a light-hitting lineup, but tonight’s environment categorically works in their favor.

I don’t expect a shootout, but I do expect runs to be scratched together throughout tonight’s game. I’m following the projections above to back the following best bets.

Make Your Picks At DraftKings