$750,000 will be on the line when 16 of the best CS:GO teams in the world meet in Odense, Denmark for the ESL Pro League Season 10 Finals this week! Teams have been fighting it out throughout the year for the chance to qualify for the finals, where they will compete in a double elimination bracket format.

The tournament kicks off on Tuesday morning with a great slate of matches and as usual, we have a full tournament preview and betting picks below.

Contrary to the majority of big CS:GO tournaments on the schedule these days, the ESL Pro League Season 10 Finals will be played out in a double elimination bracket instead of the standard round robin groups. The 16 teams will battle it out in two brackets with the first matchup a best of one match, and all following matchups being played on a best of three format.

Teams will need to lose two matches to be eliminated from the tournament. Just two teams will advance to the Grand Final on Sunday, where they will face off in a massive best of five match to decide who wins the lions share of the $750,000 prize-pool. 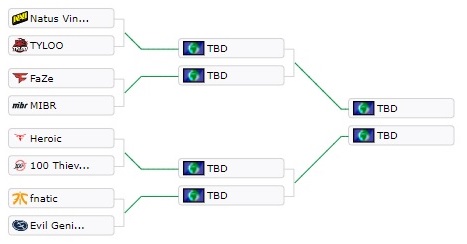 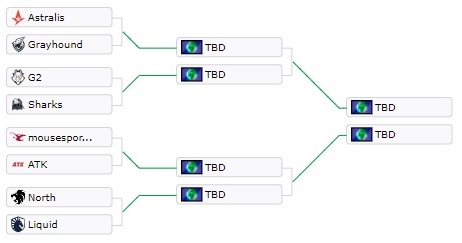 The ESL Pro League Finals couldn’t have come at a better time for CS:GO fans. There are so many teams who are in great form coming into the event, and this tournament boasts seven of the top 10 ranked teams in the world.

Of the 16 teams, we can realistically only see the winner coming from five places. The top four ranked teams in the world in Astralis, Evil Geniuses, fnatic and Team Liquid all have a claim to the throne and on their day, could all be the best team in the world.

As well as those four, we are really excited about the new look FaZe Clan line-up, which has risen from 21st in the world to 7th in the matter of a few weeks with some solid performances in recent LAN events.

With that being said, how can you possibly look past Astralis at the moment. They were dominant in the ECS Season 8 Finals on the weekend, winning the tournament in stunning fashion and picking up a $225,000 first place cheque.

Astralis beat out other top competitors in the ECS Season 8 Finals in Evil Geniuses, fnatic and Liquid as awper Nicolai ‘device’ Reedtz had one of the all-time performances in the Grand Final and won the tournament MVP.

If you need any further evidence of Astralis’ dominance over the past couple of years, you need only look at their list of past results at LAN events, not to mention they became the first team in history to win three straight major tournaments at the StarLadder Berlin back in September. 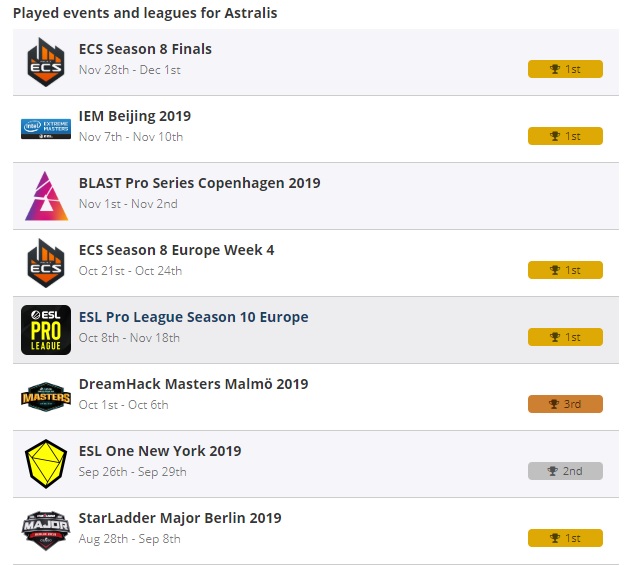