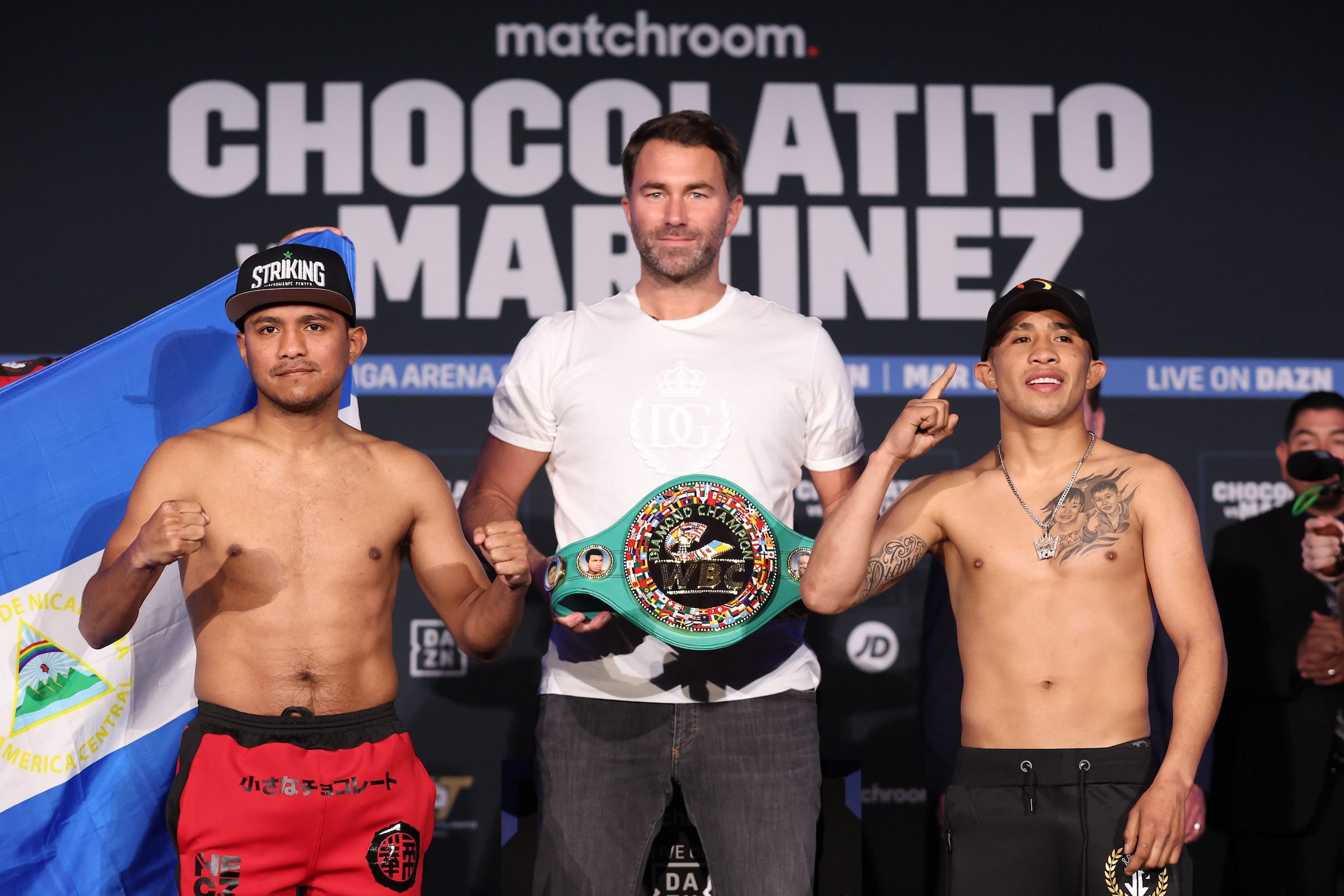 Punches in bunches. That’s my prediction – no, that’s my guarantee – for what we’ll see when Roman “Choclatito” Gonzalez battles Julio Cesar Martinez.

We obviously need more than that to find any betting value the fight offers, so read on for my full Gonzalez vs Martinez prediction and preview.

The king of the lower weights returns to face a very tough replacement opponent. Roman “Chocolatito” Gonzalez (50-3, 41 KOs) was due to face Juan Francisco Estrada in the rubber match of their trilogy. However, Estrada tested positive for COVID-19 and had to delay his training for the fight, ultimately leading him to pull out of the bout.

Just how good of a replacement is a flyweight champion who is moving up one weight class to fight the former unified super flyweight champion? The odds opened at -110, a pick ‘em. What did oddsmakers know when setting this line? They must have known something, because as money has been wagered, the odds have moved a bit in favor of Gonzalez, who is a -140 betting favorite at the time of writing. Martinez is only a slight underdog at +116. So if we go off the odds alone, this is going to be a fun one.

In terms of breaking down the fight, Choclatito needs almost no introduction. He put the “super” in “super fly”. He has taken all the lower weights have to offer and beat everything put in front of him sans Srisaket Sor Rungvisai. He’s a 4-division champion that has knocked out 41 of his 51 opponents. For quite some time, he was the best offensive fighter the sport of boxing had to offer. Even after two defeats to Sor Rungvisai and a controversial loss to Juan Francisco Estrada, Choclatito remains a world-class fighter and is back to claim the throne.

Martinez  has been on a tear of his own in the flyweight division. He has 14 KOs in 19 fights, beating the likes of Andrew Selby and Christofer Rosales. He is capable and is going to bring the action.

I think there is some value on whichever side of the aisle you are on. I like Roman Gonzalez to use his experience, offensive acumen, and precision attack to bring the fight to Martinez. That said, Julio Cesar Martinez will not back down and will test Gonzalez, who has been in many firefights in his prime.

In the end, I see Choclatito Gonzalez prevailing by stoppage. He simply has too much skill and offensive diversity.