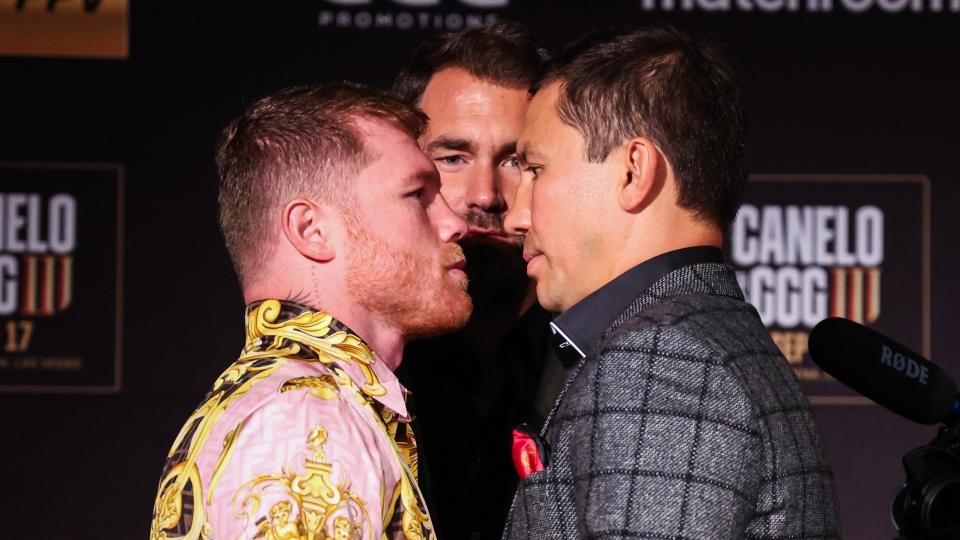 Perhaps the biggest fight left on the 2022 boxing calendar happens this Saturday night, when Saul ‘Canelo’ Alvarez faces Gennadiy ‘GGG’ Golovkin for the third time. These two men have gone their separate ways for a few years, but look to put an end to their rivalry once and for all.

Golovkin feels he has won both fights, despite officially going 0-1-1 against Canelo. Meanwhile, Canelo wants to finally put an exclamation point on this trilogy and leave no doubts about the outcome of the rubber match.

Canelo vs. GGG 3 is likely to be watched by millions around the world. Here are details on how you can watch from the US.

The fight will take place at T-Mobile Arena in Las Vegas.

The undisputed super middleweight championship – and, to a degree, each fighter’s all-time status – will be on the line when Canelo Alvarez (57-2-2, 39 KOs) and Gennadiy Golovkin (42-1-1, 37 KOs) face each other for the third time at T-Mobile Arena in Las Vegas.

Their first fight in September 2017 ended in a split draw, with most pundits believing that Golovkin had done more than enough to earn the victory. The rematch occurred one year later, with Alvarez leaving victorious via majority decision. Many people still gave GGG the nod in the rematch.

In-between fights, Canelo tested positive for the PED clenbuterol. Alvarez blamed the failed test on tainted beef that he ate in Mexico. This nonetheless further flamed the rivalry.

Looking at each fighter’s recent form, Canelo has fought four times since the beginning of 2021. He stopped Caleb Plant in November of 2021 to become the first-ever undisputed champion at 168 pounds. Alvarez then returned to light heavyweight to attempt to become a two-time champion against Dmitry Bivol. However, Bivol outboxed Canelo using his size and defense to win a unanimous decision in a fight that some thought wasn’t as close as the scorecards implied.

Meanwhile, Golovkin last fought in April 2022, traveling to Japan and beating Ryoto Murata by ninth-round TKO. It was GGG’s only fight since December 2020, when he stopped Kamil Szeremeta in a mandatory title defense. Golovkin now will a chance to right two of his wrongs in a single night.

At 32 years-old, Canelo is the younger and fresher fighter. The 40-year-old Golovkin is no longer the monster that he was earlier in his career, but he’s very much still credible and dangerous. You would think this might make a prediction difficult, but there’s some betting value to be found here.

Looking at betting odds, Canelo is a heavy -550 favorite at DraftKings Sportsbook. To me, that is simply too wide. I think GGG at +380 has big value. A +380 line has an implied probability of 21%. Many feel like GGG won at least one of the first two fights, so saying he now only has a one-in-five chance of beating Canelo simply does not add up.

After 24 rounds against Canelo, Golovkin has probably won 14 of them. I know that doesn’t matter in the long run since Canelo is 1-0-1 after these two fights. However, I think GGG has one more good night in him. But can I see him getting the decision? That’s where things get tricky.

Ultimately, I think Canelo wins by decision again. I think it will be a competitive fight too, but the betting lines don’t reflect that.

I’m going to bet some units on Canelo to win by decision, then also hedge that bet a bit by throwing some coin on GGG to win outright.

Canelo to win by decision (+105) at DraftKings
Related Topics