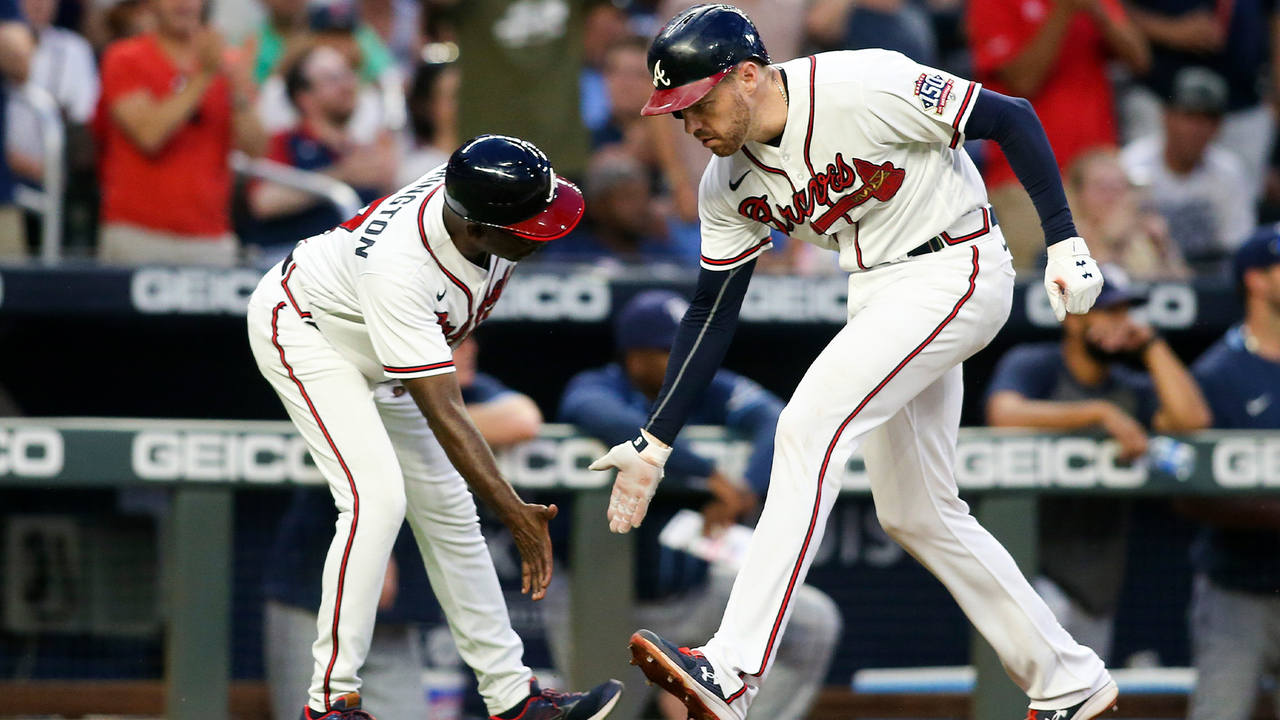 It’s a relatively slow Thursday across MLB, but we’ve found a cure for the quietness at Coors Field. The NL East-leading Atlanta Braves enter the home stretch of a brutal ten-game West Coast road trip when they open a four-game series against the Colorado Rockies.

We expect this series to start with a bang. Oddsmakers set the total at a whopping 12.5 runs, and our friends at Ballpark Pal project that the combination of stadium (already one of the most extreme hitting environments in baseball) to yield 0.75 additional home runs and 4.5 extra bases of offense.

Let’s take a closer look at tonight’s matchup and see where we can find betting value. As always, we’ll be using lines provided by PointsBet. If you’re not yet a member, sign up using PointsBet promo code FREE100 and get FOUR risk-free bets with your first deposit.

Tonight’s total is high in no small part due to the volatility of both starting pitchers. Rockies starter Chi Chi Gonzales is arguably the most hittable pitcher in baseball. The soft-tossing righty has slogged through 94.2 IP to the tune of a 6.08 ERA (5.30 FIP) and feeble 5.13 K/9. In an era where strikeouts are at historic highs, Gonzales’s inability to miss bats unsurprisingly leads him into trouble. The over has hit in 13 of his last 20 starts.

At first glance, Braves starter Touki Toussaint is in a decent spot to earn a win. The 25-year-old right-hander leans on a sinker-splitter mix, throwing each 44.1% and 21.4% of the time, respectively. Typically, the best way to neutralize the thin air at Coors Field is to keep balls on the ground. The issue tonight is that Toussaint’s sinker actually grades out as a below-average pitch. Hitters have teed off on Toussaint’s sinker to the tune of a .273/.360/.545 slash line and .385 wOBA against the pitch. Worse, the pitch’s HR/FB sits at a damning 29.4% – which bodes horribly for the former first-round pick’s chances of keeping the ball in the park tonight.

It’s no surprise that both of these pitchers grade out as the two absolute worst starters on tonight’s slate. Runs should be scored early and often. For the Braves specifically, I think runs will be scored early, often, and also late. The visitors have a significant bullpen advantage over the Rockies, whose relievers have produced an unsightly 5.11 ERA on the season.

I do think the Braves win, but sharp money seems to be on the Rockies, which gives me pause. I’m happy to verbalize that prediction and instead focus on the totals where I see the most value. Back the overs and enjoy the fireworks!

Consider the below, in order of confidence:
Make Your Picks At PointsBet
Related Topics