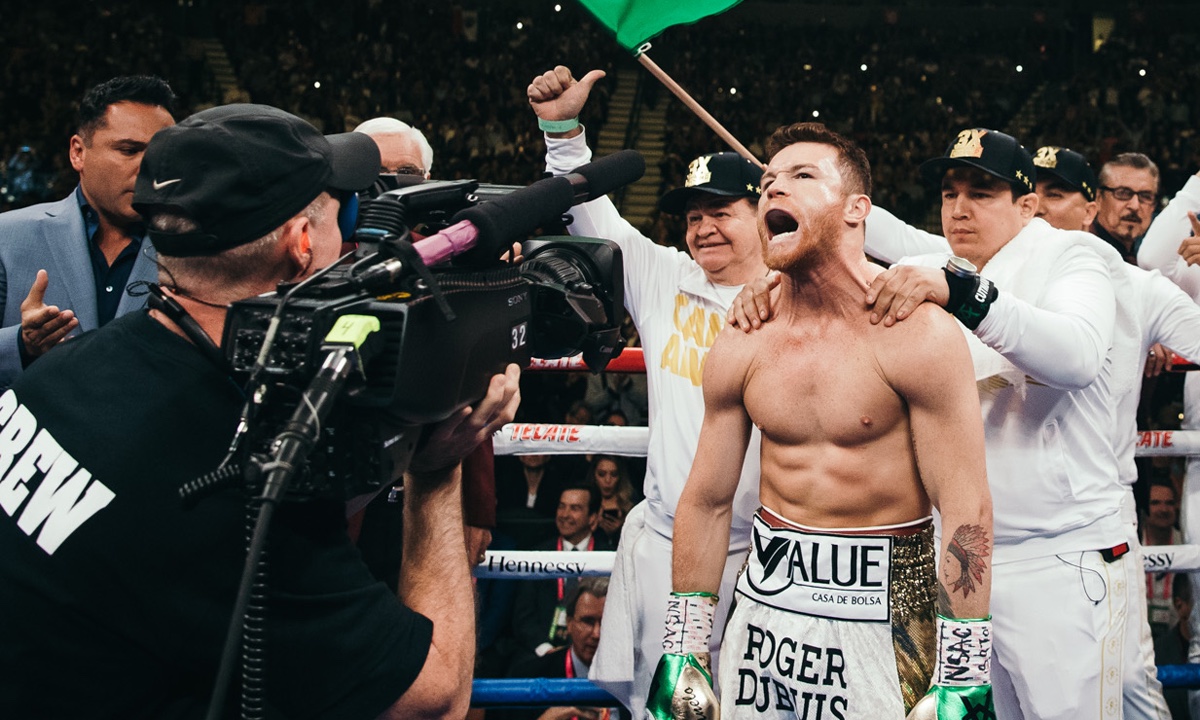 The stars are out this weekend as both Canelo Alvarez and Gennadiy Golovkin are in action, albeit not face to face from one another. Canelo is in tough against undefeated Callum Smith from the UK, while Golovkin very much is not. The 38 year old GGG takes on Poland’s Kamil Szeremeta in what both fans and bookmakers view as a heavy mismatch.

While on different ends of the spectrum competitively, both fights offer a number of intriguing betting scenarios. Let’s take a closer look and see if we can’t find a couple of decent wagers to throw down on this final weekend of action for 2020.

Let’s not mince words here; this fight is a huge mismatch. Szeremeta (21-0, 5 KOs) has never been with anything resembling a world class fighter and has only fought three times in a bout scheduled for 12 rounds. The names on his resume are unfamiliar even to the most hardcore of boxing fans. It’s only by way of the usual sanctioning body wheeling and dealing that this fight is taking place at all. But – as the old saying goes – you can only beat the guy in front of you. GGG should have no trouble doing that. It’ll just come down to the matter by which he does it that will determine where we place our bets.

Golovkin (40-1-1, 35 KOs) has earned a reputation over his career as a heavy handed puncher, and rightfully so. Golovkin has chewed up and spit out far more accomplished fighters than Szeremeta and built up quite a highlight reel doing so. Even at his moderately advanced age, GGG can still be a very scary fighter. All of that should be on full display against Szeremeta as Golovkin looks to make a statement ahead of a rumored rubber match with Canelo in 2021. A knockout of Szeremeta seems almost assured but the closer we can get to narrowing down when it will come, the better off we’ll be. So let’s crunch some numbers.

Golovkin has fought 212 total rounds over the course of 42 career fights. That averages out to roughly five rounds per fight. Obviously that’s the mean but Golovkin has never really been one to blitz his opponents early, laying claim to only five 1st round knockouts in his career. Couple that with the fact that he’s only gone the full distance seven times and you can start to get a picture of where Golovkin does his best work. Even if Szeremeta falls toward the lower end of GGG’s late career competition, he’s roughly of equal quality to Steve Rolls, Golovkin’s most recent, ahem, tune-up opponent. Rolls lasted until the 4th round before getting blown out and that feels about right for this fight.

There’s literally zero value in simply betting on a winner in this fight, so narrowing down Golovkin’s win to the early-to-mid rounds feels pretty good. At +185 for a rounds 4-6 stoppage, it feels even better.

Golovkin got the far more accomplished Vanes Martirosyan out of there in two rounds as recently as 2018. Is it that much of a stretch to think he does the same to Szeremeta in 2020? At +800 it shouldn’t be.

Callum Smith comes into the biggest fight of his career as both the universally recognized champion at 168 lbs and also a bit of an unknown quantity. Every active fighter is unknown compared to Canelo Alvarez, but Smith (27-0, 19 KOs), having fought the majority of his career in his native England, is particularly dwarfed by Canelo’s shadow. Don’t let the fame levels fool you though. Smith can fight, and he’ll have a number of physical advantages over Canelo when they step into the ring this Saturday.

The most notable difference between these fighters is the massive disparity in height. At 6’ 3”, Smith has upwards of seven inches on Alvarez. They hardly look the same species, let alone the same weight class. Naturally, this translates into a huge reach advantage for Smith as well, as his 78” wingspan exceeds Canelo’s by another eight inches. So, great news for Smith, right? Not exactly.

Canelo (53-1-2, 36 KOs) is one of the most murderous body punchers of his era, and he’ll have a ton of real estate to aim for on Smith’s elongated torso. If Smith can use his long arms to keep Canelo on the end of his jab, he’ll be able to mitigate some of the damage done to his midsection. That’s a task few fighters have been able to accomplish, and unless Smith has something we haven’t seen in his previous 27 bouts, he’ll have to take his licks on the inside like everyone else. This could spell bad news for Smith as the fight wears on. To have any chance of surviving and landing big shots of his own, he’ll have to keep Canelo outside where he can get full value for his long, snapping punches.

Both fighters can bang and have above average KO ratios (70.4% for Smith, 64.3% for Canelo) but this one feels like it goes the distance to me. I don’t put too much stock in Canelo’s fight with Sergey Kovalev at light heavyweight, given Kovalev’s mental state, so we’re still not entirely sure if Canelo’s power will follow him up to 168. No doubt he’ll have his moments, but against a big, tough, full-fledged 168 pounder like Smith, expect both to still be standing at the final bell with Canelo’s hand raised in victory.

If this fight ends by way of stoppage, it will almost assuredly come in the second half of the fight and most likely in Canelo’s favor.