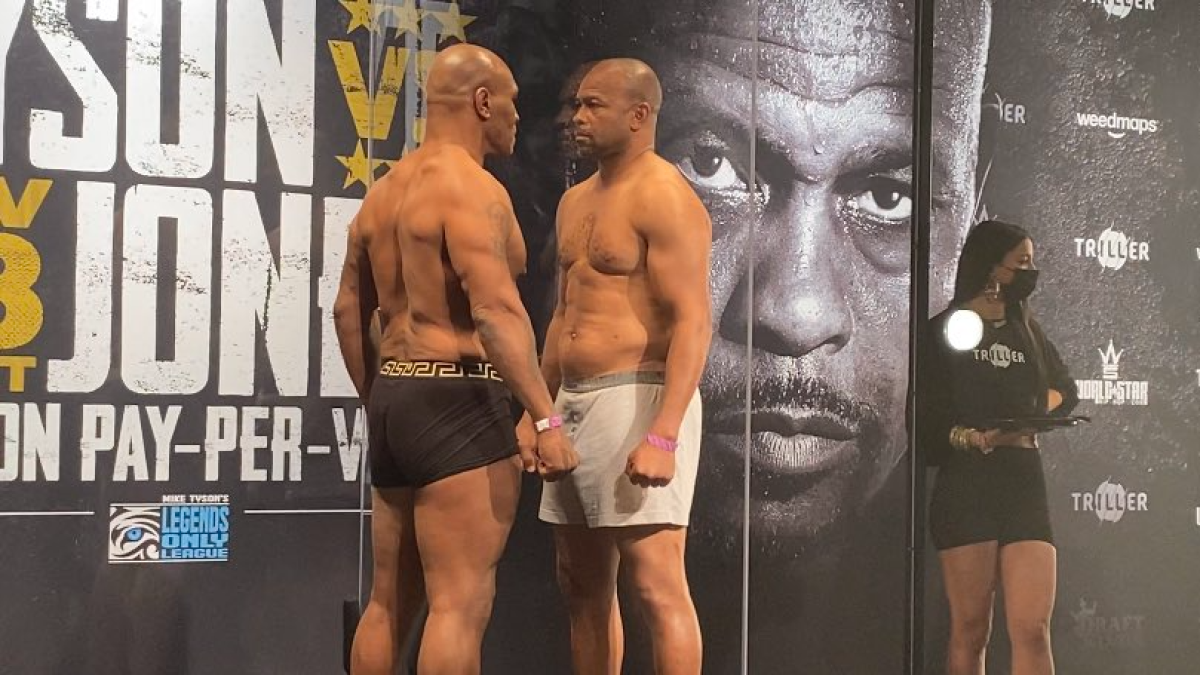 As we approach the end of what has been a, shall we say, interesting year, the boxing world turns its attention toward what is sure to be the most watched fight of the past 12 months. What that says about boxing’s current standing in the global sports marketplace should be quite clear but for better or worse, Mike Tyson vs. Roy Jones Jr will once again, if ever so briefly, put the sport on center stage.

While this fight may lack any discernable impact on contemporary boxing and is, by definition, simply an exhibition, the intrigue factor is sky-high. While two aging legends fighting eight, shortened rounds may not offer a lot in the way of in-ring excitement, there are a number of interesting betting scenarios to keep our attention. Let’s take a closer look and see if we can make some sense of it all.

The obvious barrier to making an accurate assessment in this bout is that neither man has been in a meaningful fight in well over a decade. In recent years, both men have spent far more time in front of a microphone than a heavy bag and, save for a few hyped-up promos and cleverly edited training videos, we simply don’t have a ton to go on. It’s one thing to hit the mitts with a trainer or tee off on a willing sparring partner, but quite another to go rounds at an advanced age (Tyson 54, Jones 51) with another living legend sitting directly in your comfort zone. While we may not have much insight into who these two men currently are, we can at least dig into our ever-dwindling memories of who they once were for some guidance.

Mike Tyson’s image is ubiquitous in the sporting world and, quite frankly, the planet at large.  His name is synonymous with violence.  The majority of that violence happened before the turn of the century but that hasn’t stopped people from genuinely fearing for Jones’ well-being. It’s common knowledge in boxing that power is the last thing to go in an aging fighter. Even at 54, Tyson is going to hurt or break anything he hits. Power itself, however, is useless if you can’t make contact with something. Bullets are useless without a gun and vice versa. So the intrigue here will lie in whether or not Tyson can find the proper distance to land on Jones’ historically shaky chin. If he does, this could go from fun exhibition to Ivan Drago against Apollo Creed real fast.

For Roy Jones Jr, proper form was never of any interest. Preternatural reflexes, athleticism and creativity helped Jones turn boxing into something resembling avant garde jazz in his 90’s heyday. At his peak, Jones could credibly claim a spot among the all-time greats. Unfortunately, once those natural gifts were eroded by time, there wasn’t much for Jones to go on other than simple desire. Much like Tyson, devastating losses to fighters who previously wouldn’t have had a prayer against Jones, only served to tarnish his legacy as he continued on far past his expiration date. Was too much damage done in his lost decade-plus in boxing’s wilderness, or did the much-needed break from the sport over the past couple years do him some good? If he found a way to recharge his batteries, Tyson may find himself with an elusive target in front of him. If Jones maintains even a fraction of the mobility he showed in his youth, this could be an easy night at the office as he simply stays on the outside and potshots his way to a decision.

If you’ve been around this sport long enough, you can recall back to 2003 when Jones won a piece of the heavyweight title with a decisive victory over John Ruiz and a proposed bout with Tyson was seriously in the cards. Ultimately, both fighters priced themselves out of that meeting but at that time, even with only one fight at heavyweight under his belt, Jones was a heavy favorite. My how times have changed. The passing of time affects all fighters differently, but none seem to have been hit as hard by it as Jones. With memories of him lying nearly comatose on a ring apron multiple times still fresh in the memory of longtime fans, it’s not hard to see why Tyson is being talked about as the heavy favorite. Images of Tyson landing his vaunted uppercut on the chin of an aging Jones, often referred to as your favorite fighter’s favorite fighter, are simply too much to bear for Roy Jones diehards.

But let’s be honest with ourselves here. This is two men in their early to mid-50’s – ancient by boxing standards – cashing a well-deserved late-career paycheck to help promote an app designed for teenagers. Any fantasies of a prime Tyson and Jones matching power against speed in a battle of wills among legendary fighters are instantly replaced by two old men playing pattycake while huffing and puffing their way to the final bell, a far more likely scenario. It’s just as easy to picture Tyson landing big and Jones’ corner stepping in to save him as it is to see both guys slow-dancing to a quiet conclusion. Regardless of how we get there, Tyson being awarded the victor seems likely. This is, after all, a business. And Mike Tyson is Big Business. He has proposed future exhibitions with other current and former fighters so a win here is the first step toward making those fights a reality. No one can pretend to know what this fight will look like but it seems fairly evident that with stakes this low, Tyson’s late-career resurgence will get off on the right foot.

The rules and regulations for this fight seemingly change by the hour, so locking down an actual process has been quite difficult. At last glance, it seems this fight will have judges appointed to score it. That may change by the time you read this but if it stands, and both guys last the full eight, two-minute rounds, a draw is really tempting at +800.

A scenario where Tyson starts big and fades over the second half while Jones banks the later rounds isn’t hard to envision. As this won’t be fought, or presumably scored, like a normal fight, you can envision the promoters finding a nice way to split the difference in honoring both legendary fighters and calling it a draw.

It’s almost never advisable to bet on a tie, due to the rarity of the occurrence, this is a scenario where there’s enough leeway in the scoring and the actual storyline may be more important than the fight itself. If you’re feeling frisky and like a bit of a longshot, this is the type of event where it makes sense to pull that trigger.