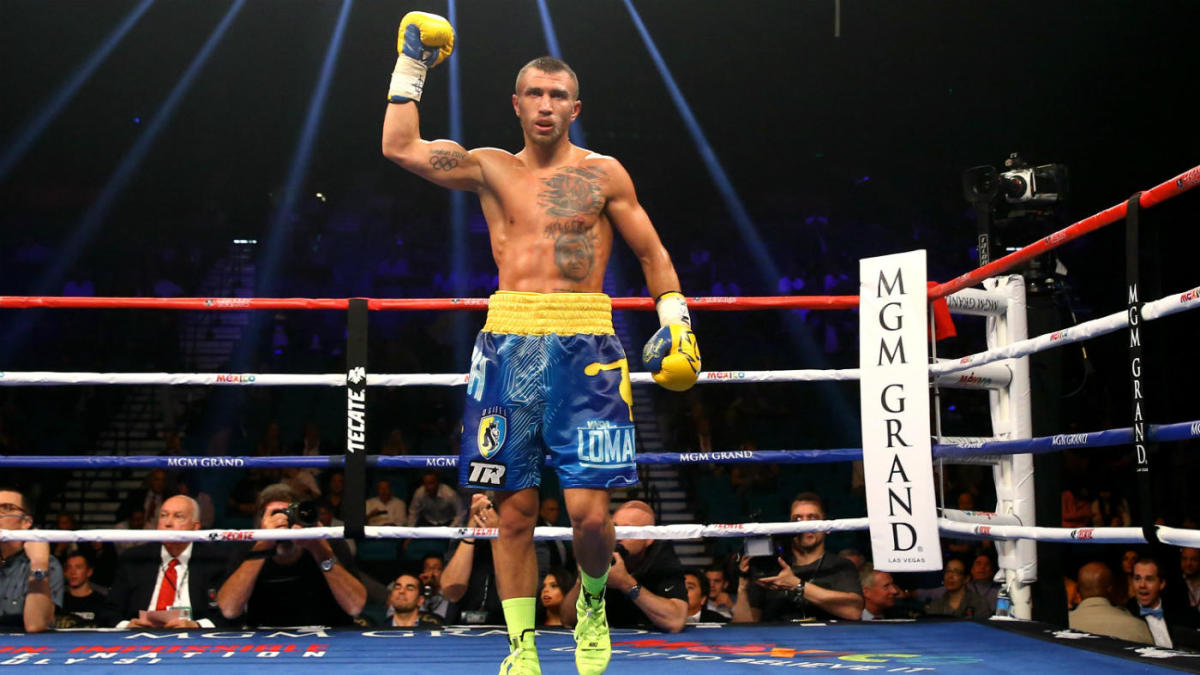 If you’re a boxing fan, this weekend’s Lomachenko-Lopez showdown at the MGM Grand in Las Vegas, is your de-facto Superbowl. Rare is the fight that unanimously excites the entirety of boxing’s notoriously picky fanbase. Both hardcore fans and casual ones alike are licking their chops for this mouthwatering matchup between longtime pound-for-pound stalwart Lomachenko and explosive wunderkind Lopez Jr.

The styles of the two combatants leave room for numerous possible outcomes, and the current betting lines reflect that in spades. Let’s take a closer look at what is sure to be and explosive affair between two of the most exciting fighters in the sport today.

Depending on your feelings about Terrence Crawford and Canelo Alvarez, Vasyl Lomachenko is somewhere in the top 3 pound-for-pound fighters in the world. An astonishing amateur record of 396-1 coupled with a 14-1 (10 KO’s) dossier in the pros, has cemented Lomachenko as one of the very finest boxers alive. His lone professional defeat came in only his second fight at the hands Mexican tough guy and fan favorite Orlando Salido. Since then, Lomachenko has disposed of the likes of Gary Russell Jr, Nicholas Walters, Guillermo Rigondeaux, Jorge Linares, Jose Pedraza and on and on it goes. Mixing the traditional, upright fundamentals of Eastern European boxing with a flash and creativity all his own, Lomachenko and his father/trainer Anatoly have crafted a style capable of beating anyone at anytime by any method. His speed and reflexes allow him to throw punches from nearly impossible angles and can result in long nights at the office for any brave enough to step into the ring with him. Strong, steady and outright innovative, Lomachenko is a nearly perfect fighter.

Teofimo Lopez, on the other hand, is high octane excitement. A fighter perfectly tailored for this generation, Lopez combines the brash idealism of a Gen Z millennial with the outright explosive brutality of a throwback fighter. Undefeated in his short, four-year professional career, Lopez (15-0, 12 KO’s) has provided enough highlight reel knockouts and accompanying celebrations for a fighter twice his age. Signature wins over Richard Commey and Diego Magdaleno accented the incendiary power of Lopez. At just 23 years old, he’s only begun to harness that power and he may need a space shuttle to ultimately find his ceiling. This is a blue-chip prospect turned contender attempting to join the highest echelons of this sport. There’s been nothing thus far to suggest he can’t do it.

The intrigue here lies in whether Lomachenko, at 32 years-old, can survive an early rush from Lopez, which he’ll almost certainly have to. Lopez’s power is manifest. There’s nothing to suggest Lomachenko’s chin isn’t up to the task, but so far, his talent level hasn’t truly allowed us to find out. Will a blitzkrieg from a younger fighter just growing into his prime be too much to handle for the older fighter? If Lomachenko makes it out of the early rounds unscathed, the question then becomes whether Lopez truly has what it takes to go to into deep waters with a fighter of Lomachenko’s caliber.

This is where the experience and quality of opposition gap really rears its head. Lomachenko has been fighting at a world-class level almost since the day his professional career started. There is very little he hasn’t seen before. Lopez, while extremely impressive, hasn’t fought even close to the level of competition that Lomachenko has, and the longer the fight goes, the more likely that is to become a factor. Barring an outright onslaught in the early rounds, does Lopez possess a large enough skill set to outlast a supremely conditioned fighter like Lomachenko? My guess is no.

While I feel Lopez will have his moments early on, and make Lomachenko uncomfortable, reality is going to set in for the younger fighter in mid-to-late rounds. If he can’t break Lomachenko down early, those championship rounds are going to sneak up on him real fast and the scorecards likely won’t be kind. Expect fireworks all the way to the closing but experience, stamina and skill should see Lomachenko through to a comfortable victory.

Though he’s used to winning easily, and by every conceivable manner, Lomachenko generally doesn’t blitz his opponents early. It’s a systematic breakdown over the course of many rounds that causes his opponents to break down or just throw in the towel completely. When futility sets in against a fighter of Lomachenko’s quality, the stoppage usually isn’t far behind. If Lopez hits that wall after an early assault, he may not have enough left to last the distance. So though Lopez is considered the harder hitter here, if a knockout is going to come in this fight, it will likely be at the hands of the crafty veteran Lomachenko, and it will almost certainly come later in the fight.

Lomachenko only has two stoppages that have come after round 9 but there was a four fight stretch in 2016-2017 where all four contests ended in retirements (RTDs), and all between rounds 6-9. So, while there is no real precedent for a fighter of Lopez’s explosiveness, those seem to be the rounds where fighters hit a wall and decide to walk away from a Lomachenko fight with their bodies and egos intact. If you’re looking for a low risk/high return bet, you cold do a lot worse than picking Lomachenko to win in rounds 7-9 at a nice, robust +750.