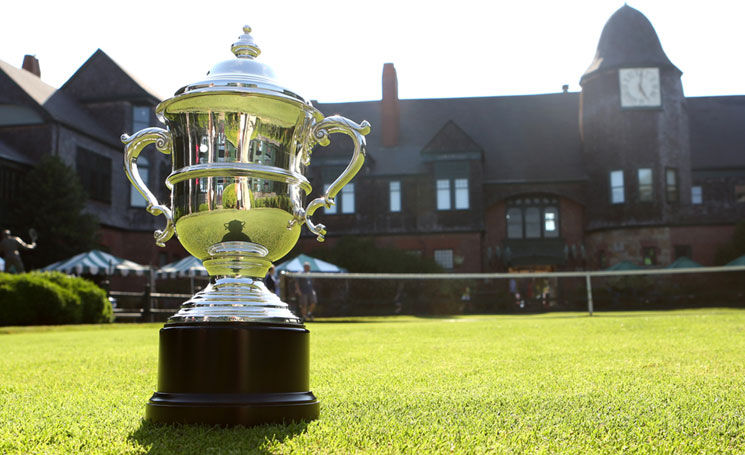 What a memorable fortnight of tennis we just witnessed at Wimbledon, capped off by an epic final between two of the greatest to ever do it. In the end, it was Novak Djokovic who came out on top, but he had to save a couple of match points on Roger Federer’s serve to do so. It simply was tennis at its absolute finest.

There’s no rest for the wicked. Just one day after Wimbledon there’s new tournaments starting around the world. At the ATP Tour level there’s the Hall of Fame Open in Newport (USA), Croatia Open in Umag (Croatia), and the Swedish Open in Bastad (Sweden). Obviously, the biggest names in tennis are having the week off after such a gruelling Wimbledon campaign, however, there’s still a few well-known players plying their trade at these events.

Here, we preview the Hall of Fame Open in Newport and provide our best futures bet for the tournament. Check it out below and good luck to everyone following!

The Hall of Fame Open is an annual ATP World Tour event held in Newport, USA. It’s been held every year since 1976 and is played on an outdoor grass surface. It is the last grass court tournament of the calendar year and the only one after Wimbledon. Only the keen grass courters make their way to Newport from London, while the rest of the Tour has the week off or plays on the clay at either Bastad or Umag. John Isner is a three-time champion at the Hall of Fame Open, which makes him the most successful in this year’s field. The reigning champion is also an American, in the form of Steve Johnson.

Here are the top eight seeds at this year’s Hall of Fame Open.

As mentioned above, it’s quite an open field here this year, although there are a couple of guys that stand out above the rest. Obviously, 3x champion John Isner is someone that’s always a threat on his day and will start favourite. Then there’s Adrian Mannarino who can produce a solid week of tennis when he’s on song, as can Steve Johnson who was last year’s winner.

The player we like the most though is Australian Jordan Thompson. He’s having a career best year on Tour and is soaring up the world rankings. His current ranking of 43 is the highest the 25-year-old has been and he has a chance to crack the top 40 with a deep run at the Hall of Fame Open.

Thompson is the third seed here and has been gifted a really nice draw. He avoids #1 seed John Isner’s half of the draw and will take on struggling Spaniard Marcel Granollers in the first round, which should give him some confidence.

See Jordan Thompson’s quarter above. Ivo Karlovic has already been knocked out in an upset to Guido Andreozzi, while Marcel Granollers has cruised through to the second round where he’ll meet Thompson, who had the BYE in Round 1. All players in this quarter are far less talented than Thompson, which should allow him to build some great momentum and push deep into the second week. At +600, we’re more than happy to have some investment in him to take out the title.