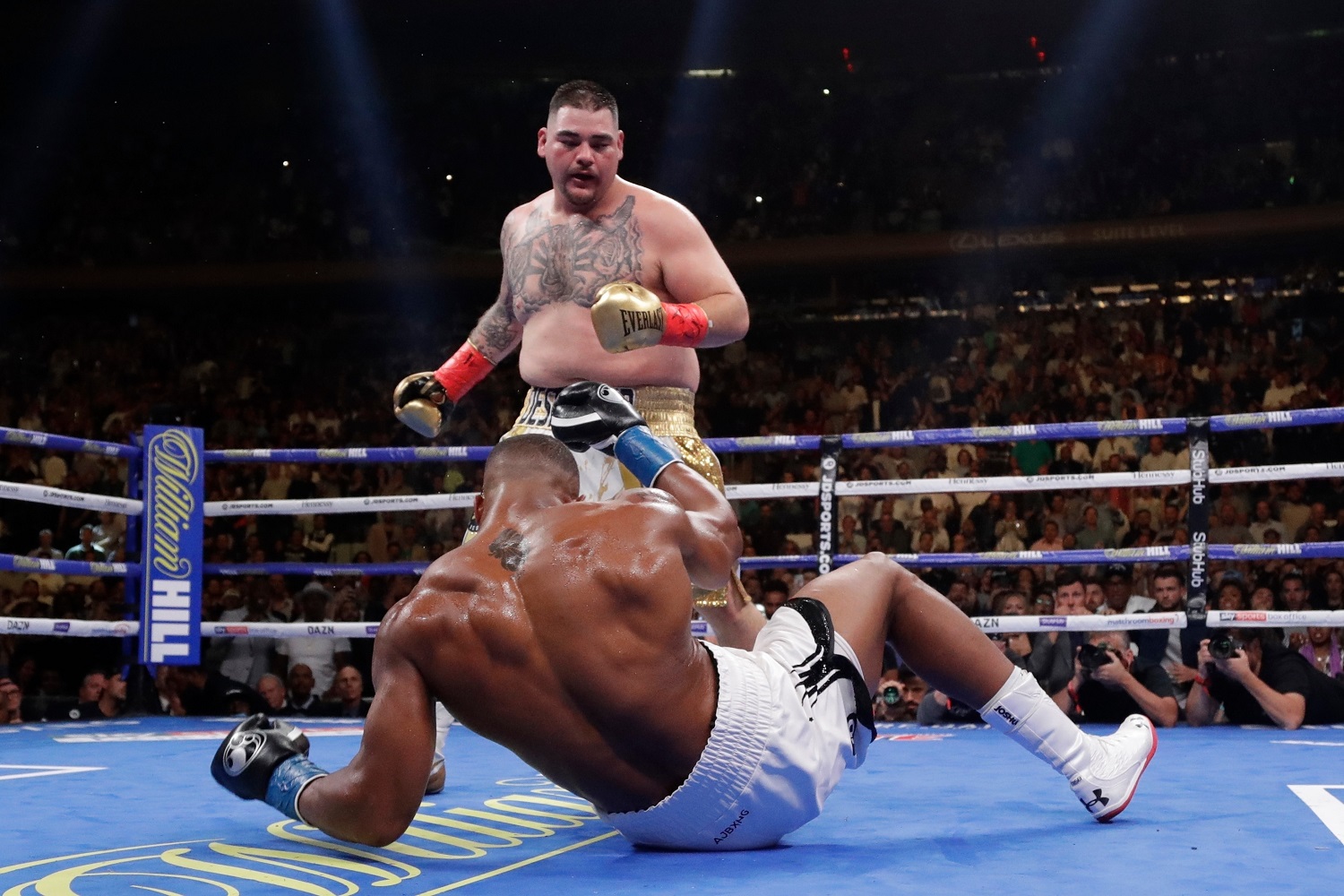 Anthony Joshua will attempt to reclaim his heavyweight titles this weekend when he faces current champion Andy Ruiz Jr. in the rematch of their first bout in June. The two will square off in Saudi Arabia from 11am on Saturday morning (ET).

We have a full preview and betting picks for the fight below!

Back in June, Andy Ruiz Jr. shocked the boxing world when he defeated Anthony Joshua to claim the WBA, WBO and IBF heavyweight championships. He entered the fight as a 14/1 underdog to win and after securing a stunning seventh round KO of the British star he completed one of the all-time boxing upsets.

Anthony Joshua and his team were quick to enforce the rematch clause in the contract, and just over six months on from their first fight, the two will do battle once again, this time in Saudi Arabia.

Joshua will start as favourite once again this time around, although at -225, there is a little more meat on the bone if you’re a fan of the Brit in the rematch. There is plenty of value still surrounding the current champion Ruiz, who will enter the fight as a +175 underdog.

There is no doubt that Joshua’s camp has made a concerted effort to avoid some of the top heavyweight talent in the world throughout his career to date. He has famously avoided fights with both Tyson Fury and Deontay Wilder, and was outboxed for the majority of the night in his bout against former world champ Wladimir Klitschko before scoring a controversial TKO in the 11th round.

Ruiz floored Joshua three times that night, leaving many boxing pundits wondering if the British boxer has the technical ability to match the better heavyweights in the world. There are many boxing experts who are predicting this rematch to play out in the same way the first bout did, because Joshua simply isn’t strong enough technically.

Joshua will, however, have the benefit of a full training camp in preparation for the rematch after getting only three weeks preparation for Ruiz in the first bout. Ruiz was a late replacement for original challenger Jarrell Miller, after he was withdrawn from the fight for doping reasons.

While many think that the full training camp will benefit Joshua, most are forgetting that Ruiz too fought on short notice with little to no camp in the first bout. In fact, Ruiz was just a month removed from his previous win against German Alexander Dimitrenko when he accepted the fight against Joshua.

Ruiz was in full celebration mode from his last fight when he threw his hat in the ring for contention in the Joshua bout. This time around, he will have a full preparation and by multiple reports, the champ is looking much leaner and much more athletic heading into the rematch.

Ruiz’ boxing record doesn’t boast some of the names that Joshua’s does, but there is no doubt he deserves to be here, and certainly won’t be a walkover in the rematch.

Having watched all of Joshua’s fights since becoming a world champion back in 2016, there are some serious concerns over his legs after he gets hit and going into the latter rounds. If he can get the job done in the early rounds like he did against Charles Martin and Eric Molina, he looks like one of the best in the world.

However, it’s become extremely prevalent in his fights against Klitschko, Carlos Takam, Alexander Pvetkin and Ruiz that the further the fight goes, the worse he looks.

Call me crazy but I just think Ruiz is the superior boxer here, and there is no way he will let himself be drawn in to the dangerous Joshua right hand in the early rounds. I think he draws this fight out and capitalises in the later rounds as he did in the first bout.

A leaner Ruiz will mean he’ll be even stronger aerobically in the later rounds so he should play to his advantage here. Back this fight to go into the eighth round and back Ruiz to defend his titles.