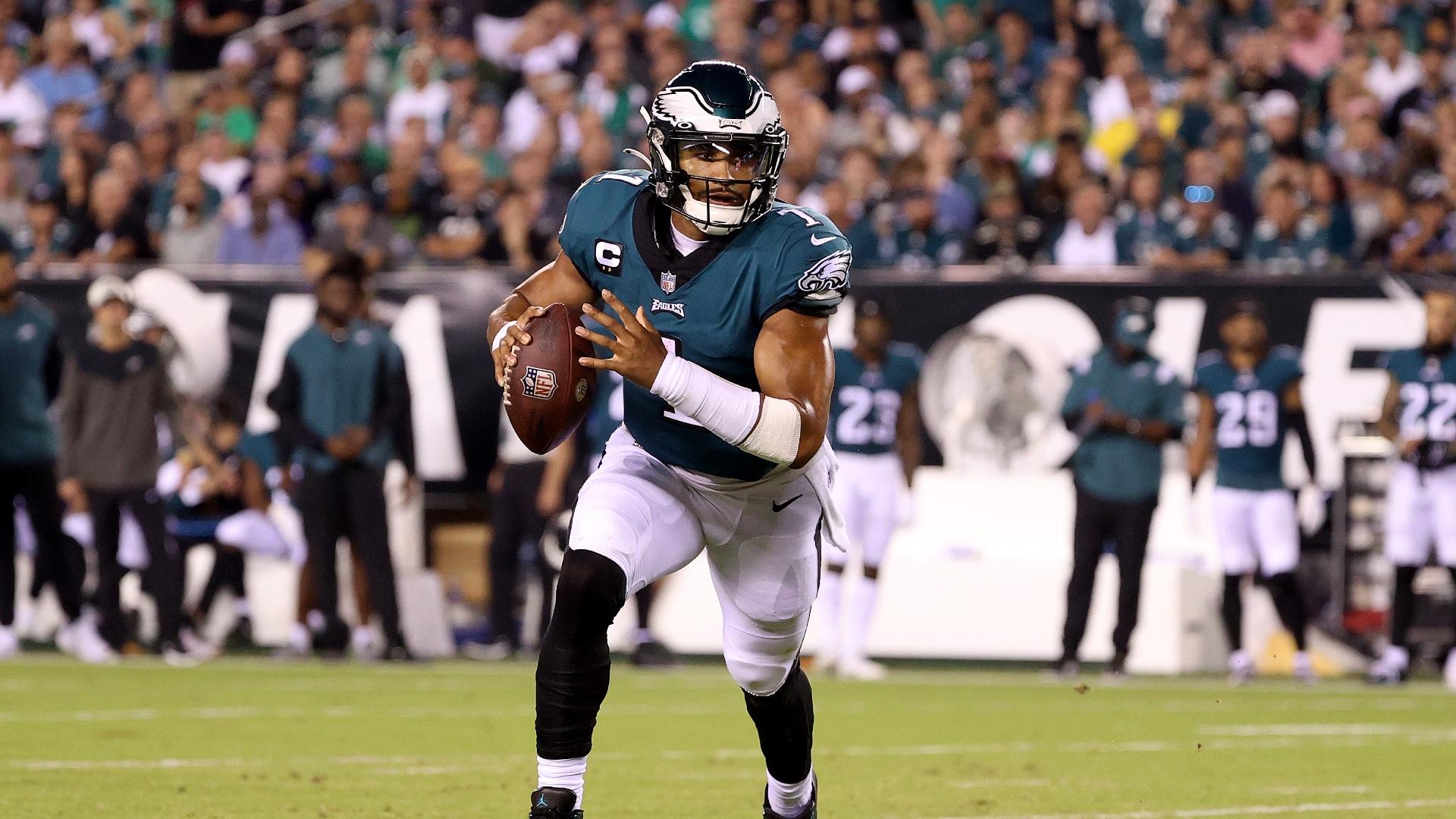 Week 9 action in the NFL gets underway with the Eagles taking on the Texans from Houston at 8.15pm. As always, we have you covered with a preview for the key games of the week as well as betting picks for every matchup below.

The Eagles are 7-0 and absolutely flying at the moment. They had a dominant win over the Steelers in Week 8, putting up 35 points to cement their spot atop the NFC East. They are 5-2 against the spread, having won their 7 games by an average margin of 11.1 points.

The Texans have been surprisingly competitve at times this season but have struggled to convert that into wins. They are 1-5-1 on the season but four of their five losses have come by 10 points or less. They went down 17-10 to the Titans on the weekend.

Hard to see Eagles suffering their first loss of the season this week, even as they go on the road on the back of a short break. They certainly win this game, but can they cover the large 14 point spread? I’m staying away from that and opting for the overs here instead. The Eagles have put up 28 points per game this season, the third highest in the league. Think they score 30+ here.

The Chiefs will be on the back of their bye round this week when they face the Titans on Sunday night football so should be rested and ready to continue their strong season. They are 5-2 this year and sit atop the AFC West division, having dropped games to only the Bills and Colts so far.

The Titans recorded a much needed win last week against the Texans to move to 5-2 on the season and now hold a two game advantage over the Colts in the AFC South. Star running back Derrick Henry was the catalyst of the win, putting up a monster 219 rushing yards and two touchdowns to move into the top three in season rushing yards behind only Nick Chubb and Saquon Barkley.

I really like the overs again here. The Chiefs are the highest scoring team in the competition while both of these teams are inside the bottom 10 in the league when it comes to passing yards allowed. I think this will be a pretty fast paced, up and down game.

The Saints have been one of the more inconsistent theams this season. They bounced back from two straight losses to the Bengals and Cardinals with a dominant shutout victory over the Raiders at home on Sunday. Alvin Karama was fantastic in the win, putting up 158 all purpose yards and three touchdowns.

The Ravens are top of the AFC North with a 5-3 record through eight games and will be looking to affirm their spot in the division with a road win here. They have won two straight against the Ravens and Buccs and have a 3-1 record against the spread, on the road this season.