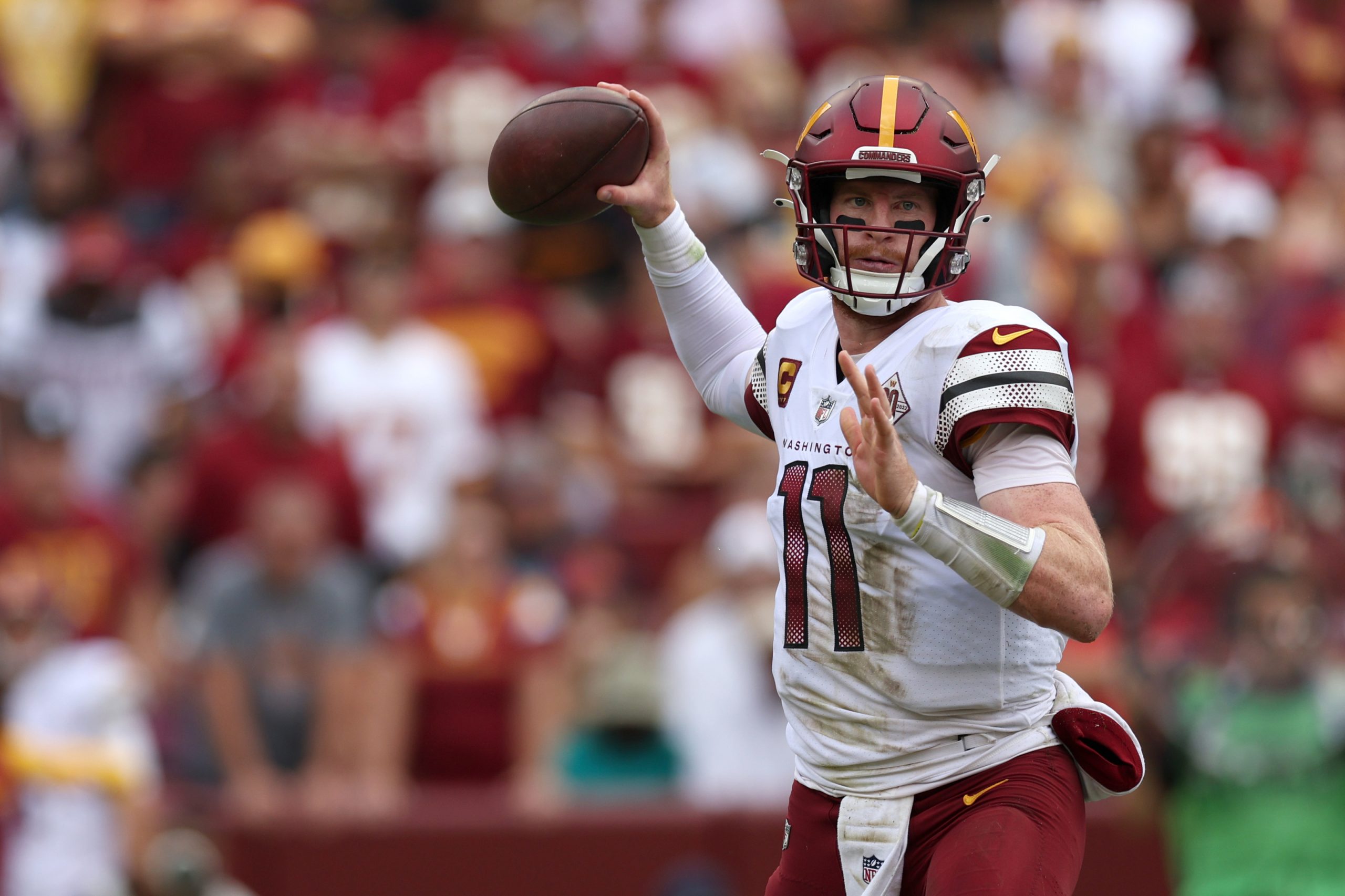 Another big week of NFL action coming up! Week 6 kicks off with the Thursday night with the Bears hosting the Commanders and continues with a massive Sunday slate!

Check out our preview for the primetime games as well as betting tips for every matchup below.

Any chance we can skip this game? The NFL schedulers have really let us down with this Thursday night clash as two of the most ‘meh’ teams in the league do battle to get Week 6 underway.

The Bears are 2-3 on the season so far but probably don’t deserve to be with how average they have looked. They are one of the lowest scoring teams in the league at just 17.2 points per game and they are coming off a 7 point loss on the road to the Vikings in Week 4.

Sitting just one rung above them in the total offense rankings, the Commanders are putting up just 18.0 points per game this season and were outplayed by the Titans at home in Week 4 to fall to 1-4 on the season.

Finding it tough to split these two teams, but I don’t think there will be a lot of scoring here between two struggling offenses. Back the unders.

What an absolute blockbuster we have in store for us for Sunday night football this week! Who would have thought that when Dak Prescott went down in Week 2 that the Cowboys would be 4-1 after five weeks, let alone still not be atop the NFC East.

The Eagles have been the cream of the NFL crop through five weeks. They are the last undefeated team in the league and have been firing on both sides of the ball, putting up 27.0 points on offense and allowing just 17.6 per game on defense.

They start as firm favourites at home against the Cowboys and I’m siding with them here given the form they have showed over the first five weeks. They are 2-0 against the spread at home this season while the Cowboys are 0-2 ATS on the road.

Another week, another Denver Broncos game in prime-time. The scheduling gods were high on the Broncos watchability in the pre-season but through five games they’ve been a little lacklustre under new quarterback Russel Wilson.

The Broncos are 2-3 to start the season while their divisional opponents in Week 6, the LA Chargers, have started 3-2. The Chargers offense hasn’t been quite as dynamic as some predicted it would be, however, star QB Justin Herbert has been battling injury through the early parts of the year.

I like the overs in this game. The Chargers have had one of the leakiest defenses in the league this season, allowing 27.2 points per game throughout the first four. The two teams put up 47 points when they last met. 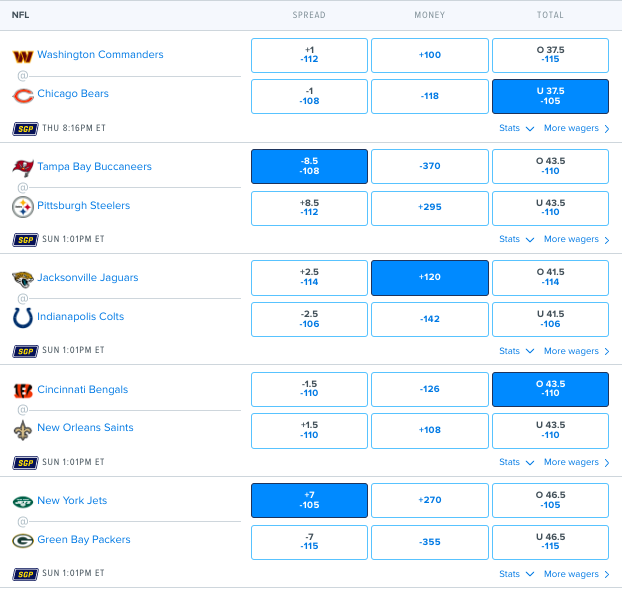 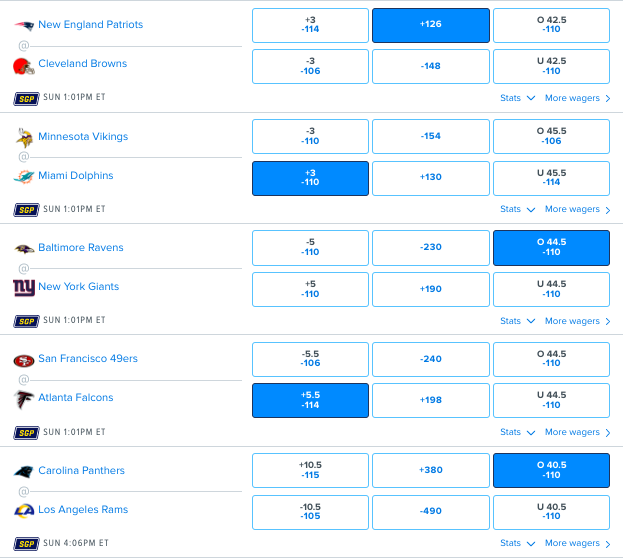 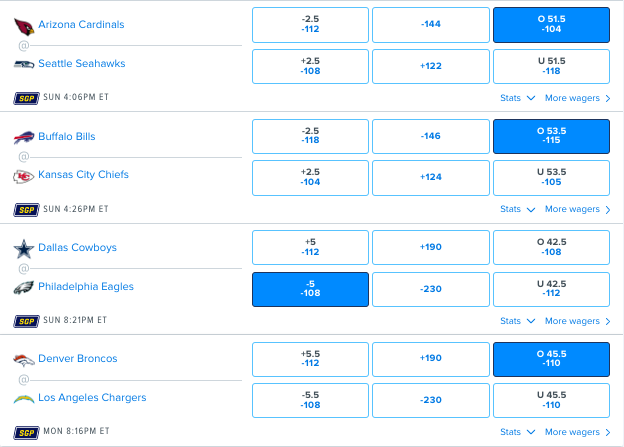