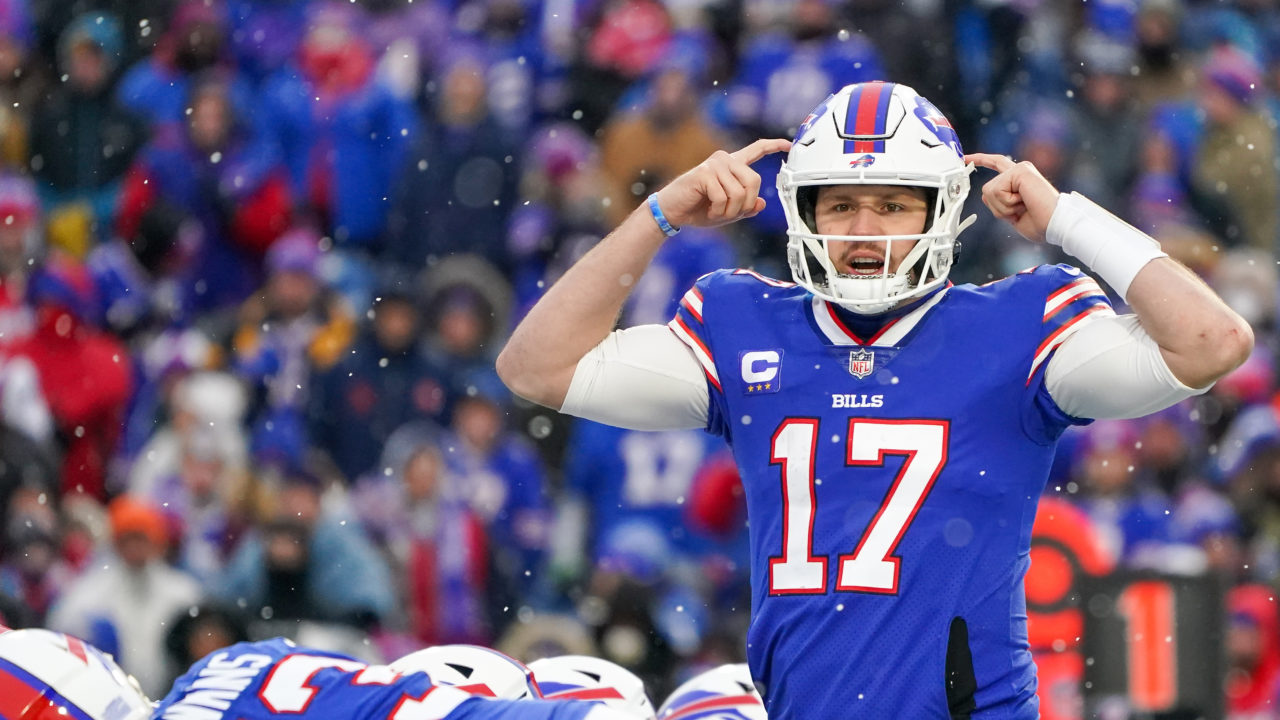 It’s that time of year again! The 2022-23 NFL season is just around the corner and as always, we will be launching into the season with a mega preview, taking a look at some of our favourite future picks including divisions, conferences, player awards and of course, the Super Bowl!

Check out our NFL season preview below and remember to head to our NFL Picks page for regular updates throughout the season.

Think the first division here goes pretty chalk. The Bills are one of the hot favourites for the Super Bowl and for good reason. Josh Allen should only continue to improve and this Bills side looks ready to take the next step. Don’t think anyone in this AFC East division should give them much trouble, expect them to go 5-1 in the division with maybe an away loss to the Pats or Dolphins their only blemish.

There might be some sexy picks floating around in this division but the chalk play is the smart play here. Sure, the Chiefs lost a few key weapons on offence but they still have the best QB in the league and have been the dominant team in the division for the better part of five years now. Don’t see that changing this season.

Certainly, a division where you can find some value, with the Ravens starting as slight favourites over the Bengals, followed by the Browns and Steelers. The Steelers will be adjusting to life without Big Ben, so I’m happy to rule them out here. Outside of that, I think this division could really go any way. Happy to side with the incumbent here and back the Bengals with some real value.

The most polarising division in the NFL is looking like a two horse race coming into the season with the Cowboys and Eagles firmly deadlocked at the top of the betting markets. This is one division where I would be willing to throw an absolute hail mary for value though, as we’ve seen funny things happen in the NFC East on so many occasions. Back the Commanders for some value and a wild ride.

There’s plenty of value in this division in which I think is a genuine three horse race between the Rams, 49ers and Cardinals. Really tough to pick but I think I’ll have to side with the incumbent here. We are getting a little extra juice on the Super Bowl Champions given the competitiveness of the division, and I’m happy to take that.

Year after year people doubt Aaron Rodgers and year after year he proves the doubters wrong. The Packers have won 8 of the last 11 NFC North division titles all while Rodgers has had a rotating cast of skill position players at his disposal. At this point I don’t think it matters, he owns the division and happy to stick with him here.

Chalk. The Buccs were one of the best teams in the league last season and shouldn’t have really regressed with the return of TB12 and some handy veteran additions to replace departing players. Professionalism should reign supreme when it comes to the NFC South. Expect the Buccs to go about their business and record a 11+ win season.

The big one! Who will win Super Bowl LVII set to be held from State Farm Stadium in Glendale, Arizona? There is one sexy pick coming into the season that every man and their dog seems to be backing and that is the Buffalo Bills. Josh Allen seems the next likely candidate for ‘best player in the league’, and it’s almost a right of passage for quarterbacks with that tag to get a Super Bowl early in their career.

The Bills made all the moves in the offseason that indicate they are trying to win a Super Bowl this season. They got better in the key areas they needed to, such as signing Von Miller to bolster up the pass rush as well as adding some depth to the receiving core with the additions of Jamison Crowder and O.J. Howard.

HOWEVER, I’m hunting value in my Super Bowl pick and leaning towards Aaron Rodgers and the Green Bay Packers. Sure, the Packers didn’t set the world alight in the off-season but I think Rodgers has one more full blown tilt in him. His Packers were arguably the best side in the league last season, going 13-4 in the regular season before faltering in the playoffs.

He lost his favourite receiver Davante Adams, but that should only make him hungrier to prove that he doesn’t need star studded talent around him to succeed. Back the Packers for a value Super Bowl bet.