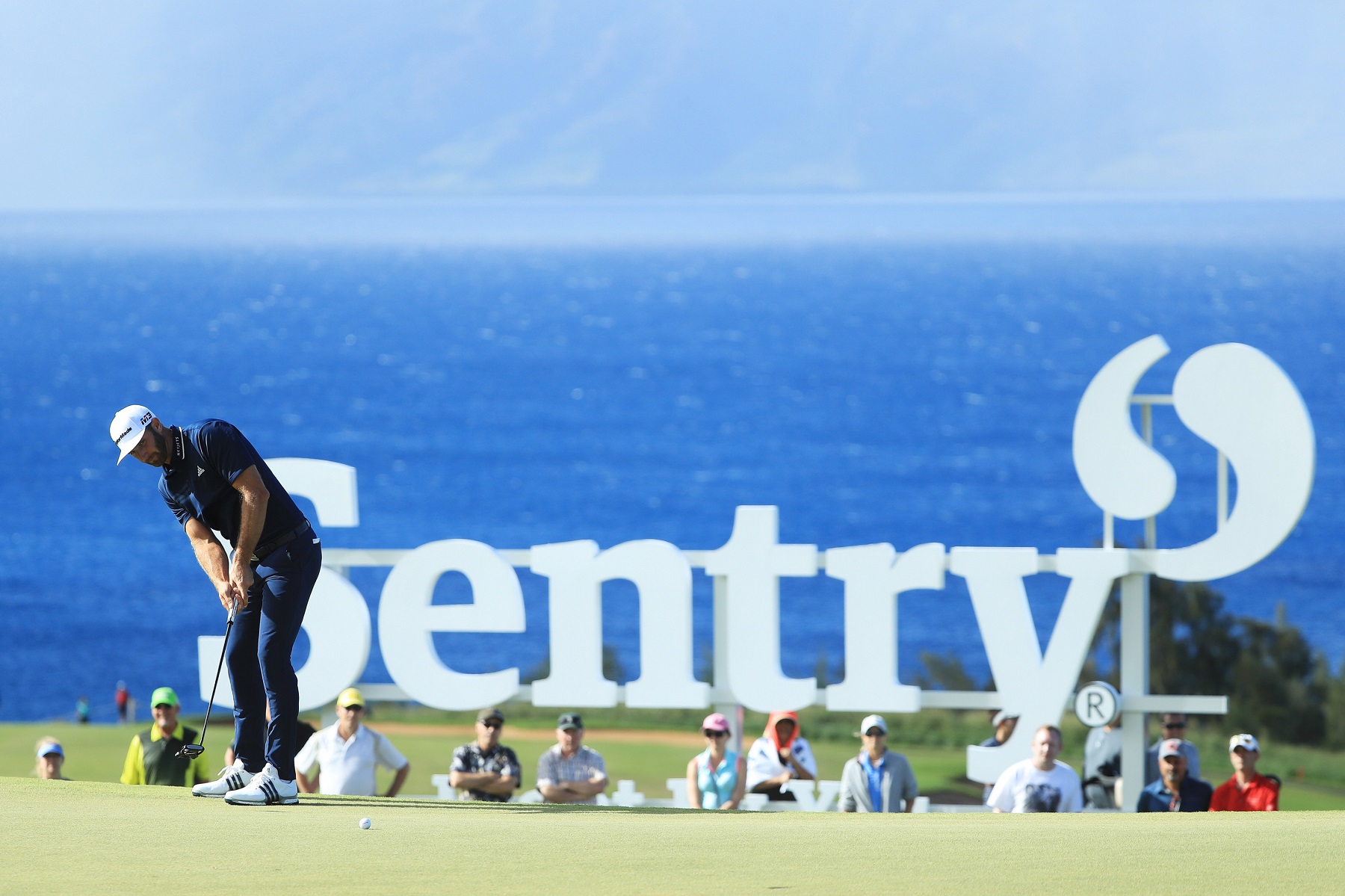 After a well-deserved break for PGA Tour professionals, the season resumes this week as we head to Hawaii for the annual Sentry Tournament of Champions. Prime-time golf is a wonder to behold and it’s what we’ll be treated to this weekend with the Hawaii time-zone meaning the broadcasts will kick off at 6pm from Thursday through Sunday.

As usual, we have you covered with a full preview and betting picks for the Sentry Tournament if Champions below.

The Sentry Tournament of Champions is aptly named. It is annually the first event of the calendar year and usually only players who won a PGA Tour sanctioned event in the previous calendar year earn qualification. This year, however, extra players have been added to the field because of the amount of cancelled events last year. 45 players qualified for the event, and 42 of those will be playing this week. No.4 ranked player in the world, Rory McIlroy, is one of the three players to miss alongside Tyrrell Hatton and Jim Herman.

The top three players in the world in Dustin Johnson, Justin Thomas and Jon Rahm will all be in action and headline the betting markets. Some other noteable names include the likes of Xander Schauffele, Patrick Reed, Hideki Matsuyama, Webb Simpson, Patrick Cantlay and Bryson DeChambeau. 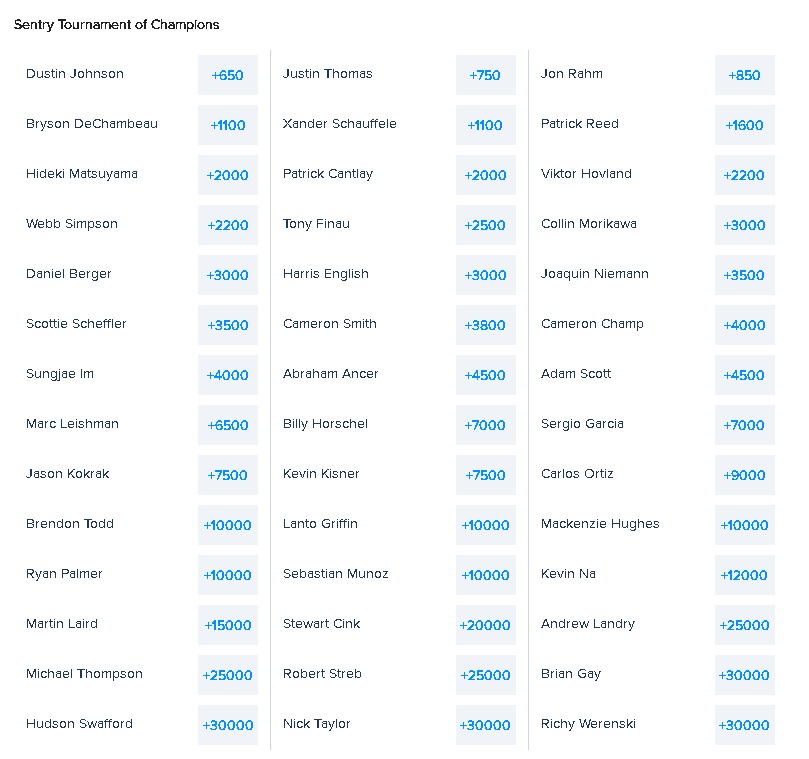 The Plantation Course at Kapalua Resort is one of the longest courses on the PGA Tour at nearly 7,600 yards and it can sometimes play even longer with the strong winds coming off the ocean. It plays as a Par 73, so players will get a few extra shots to play with than they are used to. It was the first course opened by Ben Crenshaw and Bill Coore back in 1991 ad since then, the design duo have become one of the most sought-after in all of golf.

The course has served host since before the turn of the decade and in 2018, it underwent a $10,000,000 renovation in an attempt to make it more playable for PGA Tour professionals. The courses main feature is dramatic elevation changes, which make for some reachable Par 4’s and Par 5’s giving big hitters an advantage.

Incredibly tough to look past the big three at this tournament this week. Dustin Johnson and Justin Thomas are both previous winners of the Tournament of Champions while Jon Rahm has finished 2nd, 8th and 10th in his only three starts across the last three years.

They are the three in-form golfers in the world right now and the course at Kapalua really suits their long driving and pure ball-striking. There are some concerns over Jon Rahm heading into this event after just signing a new deal with Callaway, moving across from his long term sponsor Taylormade. For that reason, we’ll be leaving him out this week and targeting the other two extremely heavily.

Johnson is the No.1 ranked player in the world and is coming off one of the all-time great PGA Tour seasons which saw him claim victory at the Travelers Championship, the Nothern Trust, the Tour Championship and cap it all off with his first green jack et at Augusta. He looks near invincible at the moment and while a month off golf would usually be a bad thing for DJ, we think he will have been doing plenty of work this off-season to keep his momentum going into what will arguably be the busiest calendar year of his life.

Justin Thomas is a two time winner at Kapalua and absolutely loves playing in this tournament. He has finished 21st, 1st, 22nd, 3rd and 1st in his five trips to Hawaii and is also coming off a stellar 2020 which saw him lift two trophies including the Tournament of Champions in a playoff over Patrick Reed and Xander Schauffele. There is so much on the line for JT this year, including four majors, a Ryder Cup and an Olympic games. He will want to start the season off on the right foot.

For value this week, we are looking towards Chilean youngster Joaquin Niemann. The 22 year old competed in his first Tournament of Champions last year and finished 5th. While he didn’t win a tournament last year, he earned qualification into the event by making it to the Tour Championship last season. He will start the tournament at around +3500 and is great value to have another high finish.