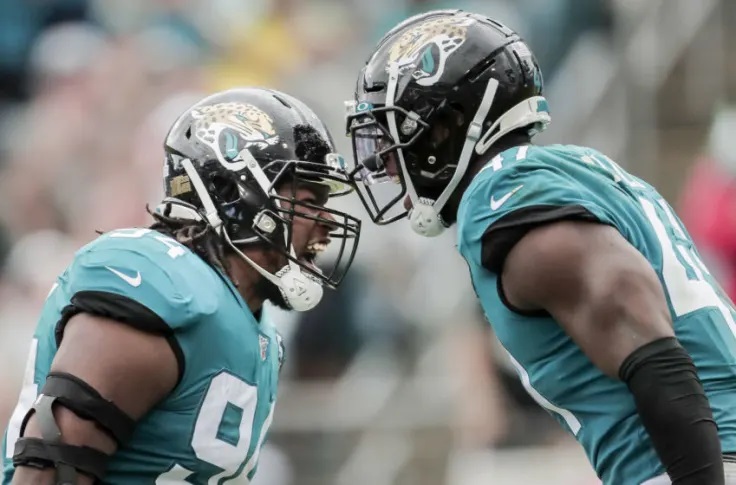 After a solid week 2 in our NFL betting, our results took a hit in week 3, thanks largely to upsets of the Chiefs and the Steelers who received our biggest bets of the week. We hit on 5/14 bets, for a result of -5.6 units.

The only thing to do is to put the head back down and get things back on track in Week 4. We have an intriguing set of NFL games to work our way through this week.

If you want to stay up to date with our results and check back on last years, you can find our NFL betting results here

We start Week 4 with two historically bad teams, but off to very different starts in 2021. The Jaguars came into the season with new hope, thanks to a new coaching staff, and most importantly a new quarterback in the form of generational prospect Trevor Lawrence. Things are not going so well. A 0-3 start, and 5:7 touchdown to intercept ratio for Lawrence are both symptoms of of an organisation that it still not working in unison. The defence is still bad, the running game is not great, Lawrence will take time to get used to deciphering NFL defences, and there are major doubts over the abilities of head coach Urban Meyer. Having said all that, the team did get off to a fast start against the Cardinals last week, and they are not completely without hope.

The Bengals on the other hand are off to a much more promising start in 2021. They have their own #1 pick quarterback  in Joe Burrow, and despite his catastrophic knee injury in 2020, he’s off to a decent start this season. A big part of that is an instant reconnection with former college teammate (and stud prospect) Ja’Marr Chase, who has scored 4 touchdowns in his first 3 games. It’s translated to a 2-1 start to the season, which could have been one better if not for a tight 3 point loss to the struggling Bears. Having conceded only 54 points so far, I like the teams chance of limiting the Jaguars scoring, and they should have no trouble moving the ball against a team that has conceded 91 points in the first 3 weeks.

This game is going to be hyped relentlessly for one simple reason, Tom Brady and Rob Gronkowski against their former team, the team for which they might be the best two players ever. Of course the Buccaneers are the reigning Super Bowl Champions, but they took a big hit last week when suffering a 10 point loss to the high-flying Rams. The key takeaway from that game, and all the Bucs games so far, was that the team is struggling to defend the pass. They are extremely stout against the run, but injuries and personnel issues are allowing teams to throw the ball at will. Still, the Bucs themselves are continuing to move the ball through the air with incredible efficiency, with Brady seemingly reaching new heights and throwing more deep balls than we have seen for a number of years. They won’t see many defences as difficult as the Rams.

The Patriots on the other hand are operating under rookie quarterback Mac Jones, who had his first truly bad performance last week when throwing three interceptions in a big loss to the Saints. A part of the teams issue is that the receiving weapons are limited, which will make it difficult to take advantage of the oppositions weakness. The defensive scheme is still very stout, but if anyone is going to know how to pick it apart it is Brady. Despite being on the road, I’m comfortable siding with the reigning champs who have a point to prove after last weeks big loss.

The week finishes with an AFC West divisional matchup at the electric SoFi Stadium. The visiting Raiders are off to a great start, sitting at 3-0 after a thrilling overtime win over the Dolphins last week. Two of their wins so far can be described that way, which means they could easily be sitting at 1-2. I am far from convinced that the Raiders are any better than they have been in recent seasons, with middling play on both sides of the ball and questionable coaching.

The Chargers are at 2-1 after an enormous victory over the Chiefs last weekend, and unlike the Raiders I am very convinced that the team is the real deal. Their only defeat was a 3 point grinding loss against the Cowboys. Justin Herbert is looking just as amazing as his rookie season, and the new offensive scheme under coordinator Joe Lombardi has proved effective in spreading the ball around and particularly in turning Mike Williams into a hugely effective receiver rather than an inconsistent deep threat. Meanwhile new head coach Brandon Staley is renowned for his defensive genius, and judging by the concession of just 60 points against some very potent opposition so far, I’d say his influence is rubbing off. All of this points to a comfortable victory at home for the much improved Chargers against a middling Raiders team.

With the Panthers flying at 3-0, this matchup would be much more salivating if not for the injury to Christian McCaffrey. Still, both teams are surprisingly stout on defense, and able to move the ball efficiently. Not wanting to side with either team, even without CMC, I’m backing the both teams to be able to slow things down and keep the total low.

The Browns are now an efficient machine, getting plenty of pressure on the QB and moving the ball with a strong running game. Despite some strong results for the Vikings, I can’t see how they’ll be able to keep up.

After a tough day for rookie quarterback in his first start last week, the Bears are spending the week trying to decide who will start in week 4. If Fields were to start, I’d happily back him to have much better day against the lowly Lions, but with no certainty I have to sit this one out.

Last week we learned that Davis Mills is brave, but we also predictably discovered that he has serious limitations operating in this Texans offense. Meanwhile the Bills their second 20+ point win in a row. I expect them to do it again in this one.

Both teams are off to rough starts, primarily due to injuries in the quarterback room. Carson Wentz is struggling and Tua Tagovailoa is out, and both team have serious limitations moving the ball as a result, so I’m going to take the under.

We saw some signs in Week 3 that reminded us that Jalen Hurts is still effectively a rookie quarterback, with only 7 career starts. I very much doubt that he’ll be able to keep up with a Chiefs outfit that will be hurting after being comprehensively outplayed by the Chargers. I expect a comfortable Chiefs win.

Both teams are maddeningly inconsistent thanks to mistake prone quarterbacks and talent-thin receiving groups. Both teams feature moderately talented defensive groups. It’s so hard to predict how this game pans out as either quarterback could easily gift the opposition multiple touchdowns, so I’ll sit this one out.

After a rough start, rookie quarterback Zach Wilson has to have a coming out game at some point. The Titans defence is not a scary proposition, and the Titans offense could be a little limited without A.J. Brown. I don’t expect the Jets to win necessarily, but I think they can put up enough of a fight to turn this into an unexpected shootout.

The Falcons are looking a shell of themselves, thanks to Matt Ryan starting to look his age. Washington should be able to grind this one out with a superior defensive line and reasonably functional offense led by capable backup Taylor Heinecke.

Both NFC West teams are 3-0, thanks to some elite quarterback play. The Cardinals are yet to face anyone as elite as the Rams, and I expect they’ll have a much more difficult time of it on the road against an elite defensive unit.

The Seahawks only win has come against the struggling Colts in week 1, and they’ve struggled to contain middling teams in their subsequent losses. The all-around strong 49ers will be a much tougher task on the road, but I’m loathe to bet too heavily against the brilliance of Russell Wilson.

This game likely comes down to the performance of the two veteran quarterbacks. Reigning MVP Aaron Rodgers still has it, Ben Roethlisberger probably doesn’t. The Packers defence has it’s limitations, but they should be able to handle a slow moving Steelers offence.

The Ravens are not at their best, thanks mostly to a raft of injuries, while the Broncos are sailing along smoothly under efficient new QB Teddy Bridgewater. I’m going to trust the form and take the Broncos to move to 4-0 at home.