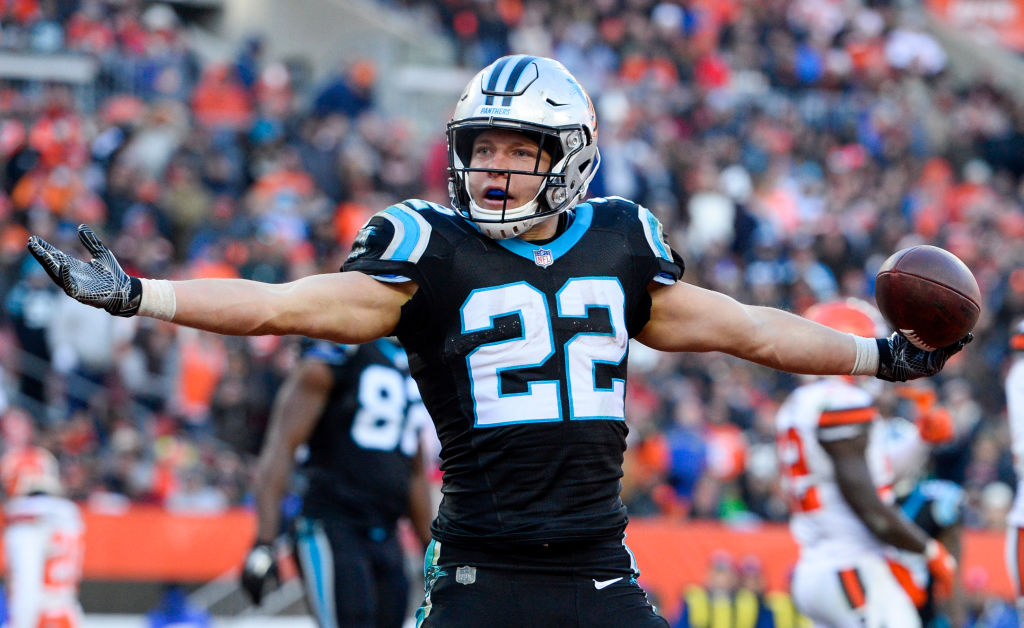 Week 3 of the NFL season kicks off on Thursday night with the Panthers travelling to Houston to take on the Texans. As always, we have you covered with betting picks for EVERY game below.

It was a solid result in Week 2 of the NFL season as we hit on 7/14 bets but hit on a couple of multiple unit plays to finish the week +2.3 units. See our weekly results here.

The Panthers have looked fantastic so far this season. They kicked off the year with a solid win over the Jets before downing the Saints at home in Week 2 in a dominant performance. Sam Darnold has been impressive in his first few games, but it’s been the Panthers defense that has been the catalyst, allowing just 10.5 points per game so far.

Houston were impressive in Week 1, claiming a good win over the Jaguars but failed to back it up as they came up against the Browns in Week 2. What’s worse is that they will be without starting QB Tyrod Taylor in Week 3 after he suffered a hamstring injury against the Browns.

Tough to look past the Panthers here, even on the road. Their defence has been really impressive and this week, they will line up against a QB that has thrown just 18 times in the NFL. Back them to cover the spread in a low scoring game.

The 49ers moved to 2-0 with a win over the Eagles in Week 2. They have looked less than convincing in both weeks against the Lions and Eagles, and now they face their first true test of the season against the Packers at home on Sunday Night Football.

The Packers were deplorable in Week 1 against the Saints, going down by 35 points on the road. They bounced back in a big way last week though, claiming an 18 point win over the Lions at home led by a brilliant performance by offensive duo Aaron Rodgers and Aaron Jones.

The line for this game opened at 4.5 in favour of the 49ers but moved a whole point after the Monday night display from the Packers. Leaning towards the 49ers at that line. Despite looking shaky through two weeks offensively, they are at home and their defense has been strong. Packers are on the back of a short week as well.

Can’t get enough of the Cowboys here at the 4 point line. If I was to guess this line before the markets opened, I would have put it at around 6 or 7 in favour of the Cowboys. They have looked super solid against two good NFL teams through two weeks, barely going down to the Buccs in Week 1 before claiming a good win over the Chargers in Week 2 on the road.

The Cowboys will be back at home this week and face their first NFC East divisional opponent. The way they have looked so far this season, combined with the way the rest of the division has looked, I expect the Cowboys to roll through this division in 2021-22.

The Eagles were solid in Week 1 against a deplorable Atlanta team but I think their Week 2 performance against the 49ers is what I’m going to expect to them week to week against average-above average teams. At home, Cowboys win this one by at least a touchdown.

Derrick Henry and the Titans looked back on the weekend as they claimed a road win against the Seahawks while putting up 33 points. Back at home this week against a divisional opponent, should win andcover the 5 point spread.

The Falcons have been deplorabel through two weeks so far. They went down by 26 points in Week 1 before losing by 23 to the Buccs on the weekend. They’ll be back on the road this week against the Giants. I think this will be a low scoring game between two sides that have averaged just 18.25 points between them this season.

The Chiefs suffered an uncharacteristic loss to the Ravens in Week 2 and will be looking to bounce back against the Chargers this week. Patrick Mahomes has lost back to back games just twice in his three year career and has an average winning margin of 15.1 in wins after losses.

The Steelers have to bounce back at home here. They suffered some injuries in the loss to the Raiders on the weekend, but a divisional game against the Bengals at home where they are favoured by just 3? Shut up and take my money.

I’m not saying that I’m completely sold on the Bears here, but if you’ve heard about the Barstool Sportsbook promo for the Bears this week, you, like me and everyone else will be on them this week. Get odds of +1985 for the Bears to cover the spread this weekend at Cleveland.
T+C’s apply.

Like the look of the unders here. The Lions struggled on offense against the Packers in Week 2, putting up just 17 points and the Ravens could be a little sloppy out of the gates after a gruelling win against the Chiefs in Week 2. Has the feeling of a 28-13 win in favour of the Ravens.

Overs is the play here. Read into it all you want but just like the Washington-New York game in Week 2, everyone is jumping on the under as the ‘smart play’. But 42 is just to low for any game involving Jameis Winston.

It’s hard to go on the road against any team in the NFL and win by more than 7.5 points. The Cardinals have been putting up big scores in their first two weeks, averaging 36.0 points per game. Instead of the Cardinals, I’m taking the overs here.

Don’t like this line. Started at 9.5 and has moved into 7.5 in favour of the Bills at home. Washington defense can be feisty, staying away from this one.

Another tough line to call with the Broncos starting as 10.5 point favourites at home against the Jets. Not keen on either team at that line, but do like the overs here, again, 41.5 seems a little low. Both of the Jets games have been lower than that this season but we feel the dam wall has to burst at some stage.

Currently no markets for the Dolphins Raiders game at Pointsbet due to the unknown surrounding the Dolphins starting QB. Staying away from this one.

The Vikings have been pretty unlucky through two weeks so far, losing by three points to the Bengals before going down by one point to the Cardinals. I think there is a great chance they bounce back this week, but I like the over here. Games involving the Seahawks OR Vikings have averaged 56.25 total points per game.

Final game that we are previewing is arguably the best of the round as two NFC contenders do battle on Sunday afternoon. The Buccs offense has looked ridiculous through two weeks, putting up 39.5 points per game but they come up against one of the best defenses in the league this week away from home. Like the unders here.