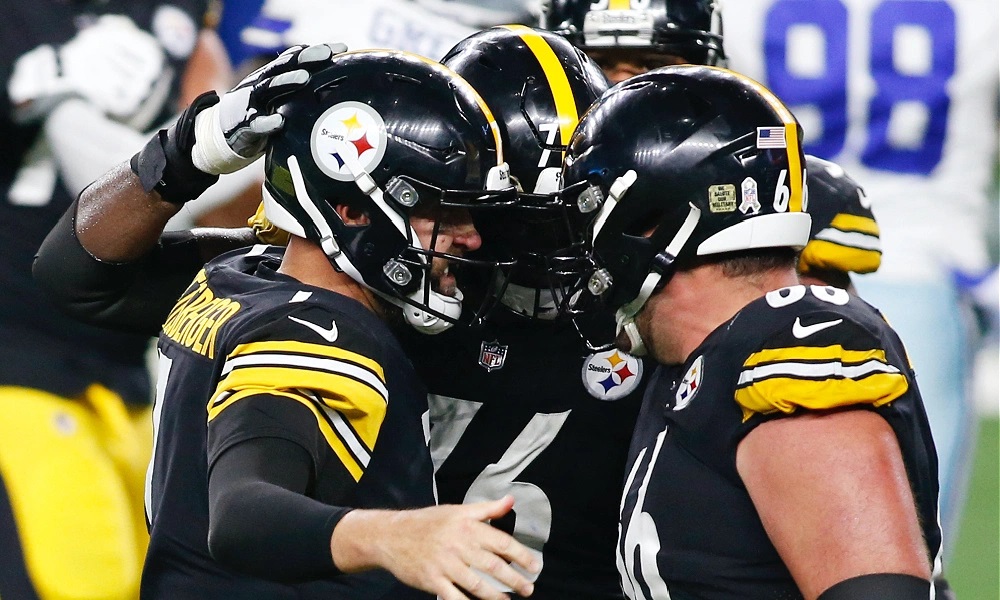 It was an exciting start to the NFL season last week, with some massive clashes and some real upsets taking centre stage! In terms of betting picks, we went 7-8 in the opening week for a loss of 1.65 units.

It wasn’t a terrible result, as we learned a lot about the form of teams and we hope to improve as Week 2 kicks off on Thursday night!

If you want to stay up to date with our results and check back on last years, you can view our results spreadsheet HERE!

From one Thursday night blockbuster to a bit of a snooze-fest the very next week. This NFC East clash doesn’t exactly have much star power compared to last week, but still represents some value as the New York Giants head south to take on the Washington Football Team.

Washington starting quarterback Ryan Fitzpatrick was injured in the Week 1 loss to the Chargers, meaning Tyler Heinicke will start on Thursday night football for Wasghinton. It’s a tall order for the 28 year old journeyman, but one that will be made a little easier by the fact that he is coming up against one of the weaker teams in the NFL in the Giants.

Both of these teams failed to score 20 points in Week 1, with the Giants scoring just 13 against Arizona and Washington posting just 16 against the Chargers. On the back of a short week, with one of the teams forced to start their backup QB, you have to think this won’t be a high scoring affair. 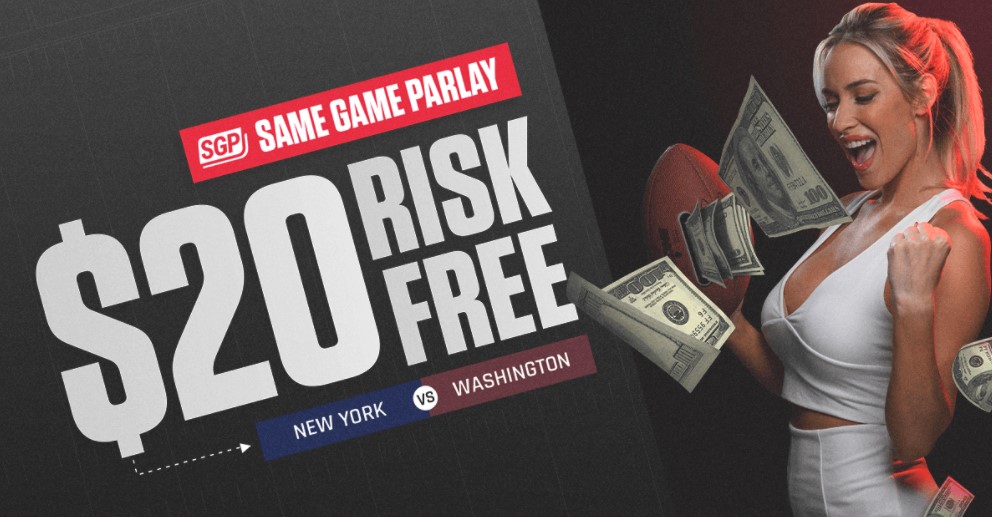 Your first Same Game Parlay Bet on New York vs Washington is risk free! Place a 2+ leg SAME GAME PARLAY and receive money back up to $20 in free bets if your bet loses at POINTSBET.

We are treated to a much more interesting matchup on Sunday night football as the Chiefs travel to Baltimore to take on the Ravens from 8.20pm. The Chiefs got their campaign off to a solid start against the Browns loast week, winning by four at home in a thrilling match. Patrick Mahomes was dominant in the win, passing for 337 yards and three touchdowns while Tyreke Kill racked up 197 recieving yards on 11 catches.

The Ravens will be on the back of a short week after going down to the Raiders in Las Vegas in their season opener. In a game that went to OT, the Ravens had multiple chances to win but ultimately came up short.

Andy Reid is 4-0 against the Ravens in his time as KC head coach, a dominant record  that the bookmakers believe will continue this week with the Chiefs opening as 3.5 point favourites. Teh Chiefs are just 2-10 against the spread in their last 12 games, but they haven’t been beaten in a September game in their last 15. I think the Chiefs earn a road win and I’m interested in buying an extra point here to cover for the field goal win. 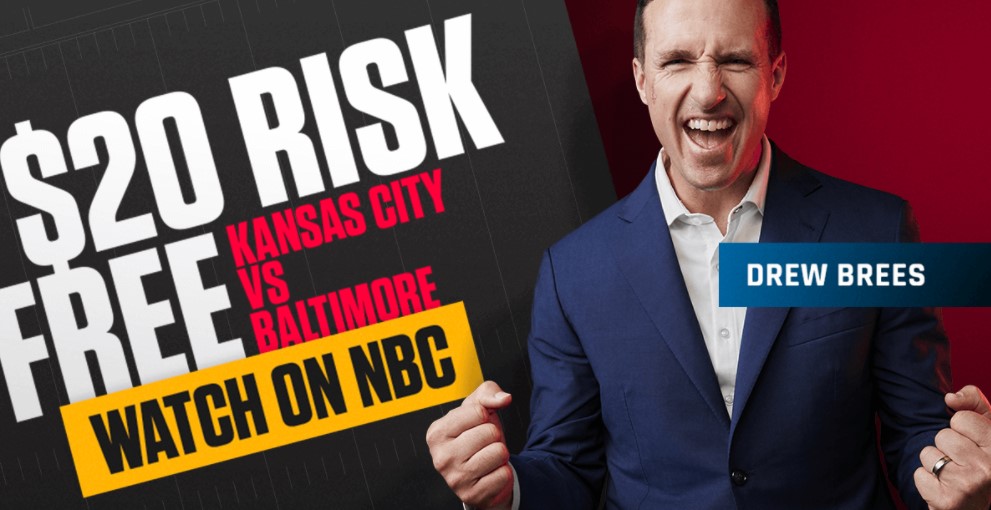 Bet on Sunday Night Football Risk Free! If your first bet on Kansas City vs Baltimore loses you will receive a free bet refund up to $20 in free bets at POINTSBET!

Monday night football offers the Green Bay Packers a great chance at redemption after a dismal start to the season against New Orleans last week. Aaron Rodgers at the Packers put up just three points as they were smashed by the Saints to the tune of 35 points.

The Lions were much more competitive in their season opener, ultimately going down by eight points to San Francisco at home. The Lions were predicted to be a bottom feeder in the NFL this season, but if they are to cause a massive upset, catching the Packers on the back of a terrible performance might be their best chance.

Hard to believe that the Packers are 11 point favourites after the efforts that both teams showed last week, but that is just a testament to how little faith the bookies have in the Lions this season.

Tough to pick a side either way at that line. The Packers are a prime candidate for a two-team teaser this week, but for this game alone, I like the unders.

After many tipped them to win the AFC this year, the Bills are staring down the barrel of a 0-2 start after a shock home loss to the Steelers. I expect them to bounce back here against a Dolphins team that won, but didn’t look ultra convincing in Week 1.

This has got the makings of a bit of a snooze-fest, and one that is incredibly hard to pick. Bengals secured a surprise win in Week 1 while the Bears were disappointing. Could be a hungry dog scenerio with the Bears at home, but I’m staying away from this one!

Teddy Bridgewater continues to cover the spread and we’ll continue to back him to do so. He currently holds the all time NFL record for record ATS of any starting quarterback, and he has a great chance to cover in Jacksionville against a Jaguars team that was dominated by the Texans last week.

There’s a chance that the Texans might be half decent after their Week 1 domination of the Jaguars. There’s also a chance they won’t win another game for the rest of the season. I’ll have to see another few games from them before I commit one way or another, and 12.5 points in favour of the Browns is just too much to bet either side here. I like the overs after these two teams combined for 66 points in Week 1.

How good did the Rams look in Week 1 against the Bears? They were absolutely dominant, winning by 20 points at home and now travel to Indianapolis to take on the Colts in Week 2. They start as 3.5 point favourites and I really like them at that line against a Colts team that struggled at home against the Seahawks in Week 1.

The two teams who recorded arguably the two best wins of Week 1 will square off in Week 2 as the Raiders travel West to take on the Steelers. Like the Steelers to cover this one at home despite a lot of respect I have for the Raiders. The trip cross country on a short week will likely affect them.

Can’t get enough of the Patriots here. The Jets were dismal in Week 1, going down to the Pantehrs on the road and now face a Patriots team which I think were a lot better than their 17-16 loss to the Dolphins suggests. The Pats have won their last 10 against the Jets by an average margin of 18.5 points.

Sam Darnold led the Panthers to a Week 1 win over his old team in the Jets on Sunday, but they’ll face a much tougher test this week as they come up against Jameis Winston and the Saints. Winston put up 38 points in the win over the Packers. I absolutely love the over here, with plenty of offensive stars on both sides of the ball.

This one is a complete stay away from me. If it was in San Francisco, I’d have no trouble backing the 49ers, but in Philly a week after both teams secured wins, I’m happy to see both play a few more games before I make any bold statements.

The Falcoms were so disappointing in Week 1, putting up just 6 points in a game they were favoured to win against the Eagles. The Buccs got over the line in a Thursday night thriller against the Cowboys and will have an extended break leading into a home game where they should dominant.

I think there is a lot of false Vikings confidence in this 3.5 point line. The Cardinals looked fantastic in Week 1, putting up 38 points on the road in a win over the Titans. Love them to move to 2-0 on the season in a high scoring game.

Despite the loss, I was really impressed by the Cowboys and Dak Prescott in particular in Week 1. They look to be one of the most dynamic offences in the league this season, and on the back of an extra long break, I like them to win in LA in front of a crowd that will be predominantly Cowboys fans.

The Titans allowed 38 points in the loss to the Cardinals last week and now come up against a Seattle offense  that looked solid in the 28-16 win over the Colts. I think this one goes over on Sunday afternoon.