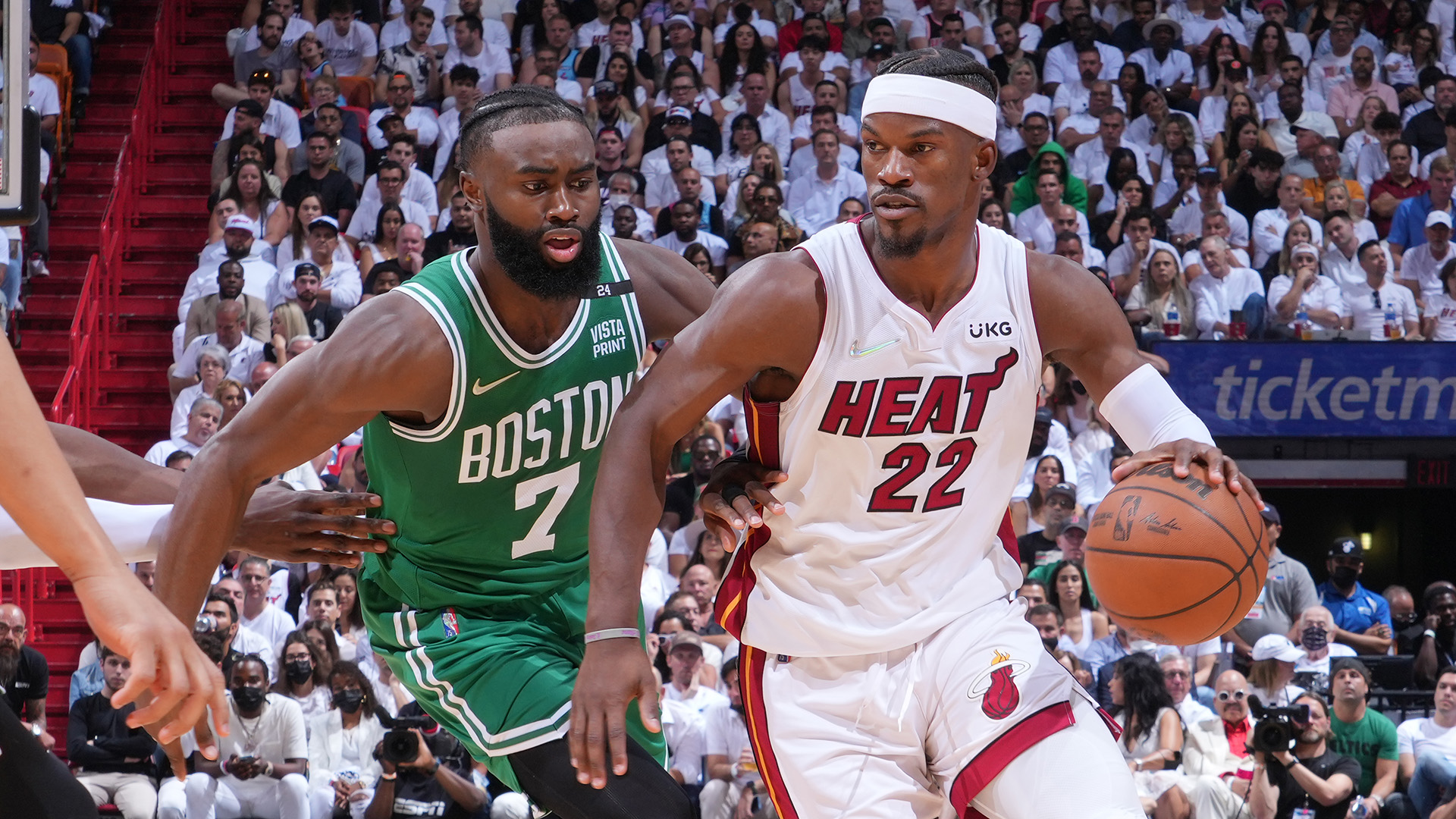 The NBA Playoffs continue on Wednesday night with a double-header of Game 5’s. Find our best spread and player prop bets for both games right here!

The Heat got the chocolates in Game 1 of this series on the back of a barnstorming third term where they punished the Celtics 39-14. Jimmy Butler led the way for the winning side with 41 points in an extremely efficient performance, outduelling his counterpart in Jayson Tatum who went ice cold on 1-7 shooting in the second half.

It was their defense that set the Heat apart in their big run once again, with their 1-through-5 switching causing all sorts of headaches for the Celtics. Thankfully, everyone that played a part in that winning performance will be healthy for Game 1, although Kyle Lowry will remain on the sidelines. For the Celtics, DPOY Marcus Smart is expected to return and resume his normal role, while Al Horford remains doubtful to take his part in the team.

Both of these teams are defense first systems, which makes this series a matter of who can run their plays more efficiently and knock down important shots. In my opinion, home crowd advantage will play a big part in doing just that, which is why i’m keen to stick with the plucky Heat to pull out another strong win in Game 2 and go up 2-0 heading into Boston.

Unlike the other Game 1 in the Conference Finals, it was all about defense in the first encounter between the Warriors and the Mavericks. The Warriors drew first blood on their home deck with an emphatic 112-87 win and their starters were afforded a lot of rest in the fourth quarter as a result. Steph Curry led the charge with 21 points and 12 rebounds, while Luka Doncic had an inefficient 20 points for the losing side.

Despite the unfavourable scoreline in Game 1, the Mavericks actually did a lot of things right. They may have overdone it on offense by hoisting up a whopping 48 threes, but a lot of those looks were good ones that they simply didn’t knock down. For the Warriors, they had some very good looks on offense themselves, but made the most of them in comparison.

It may seem hard to make a case for the Mavericks on the road after a big letdown in Game 1, but they faced similar circumstances against the Suns last round. I expect them to hit on a lot more of their open looks in the second time around, which should enable them to be competitive enough to cover the big spread here.