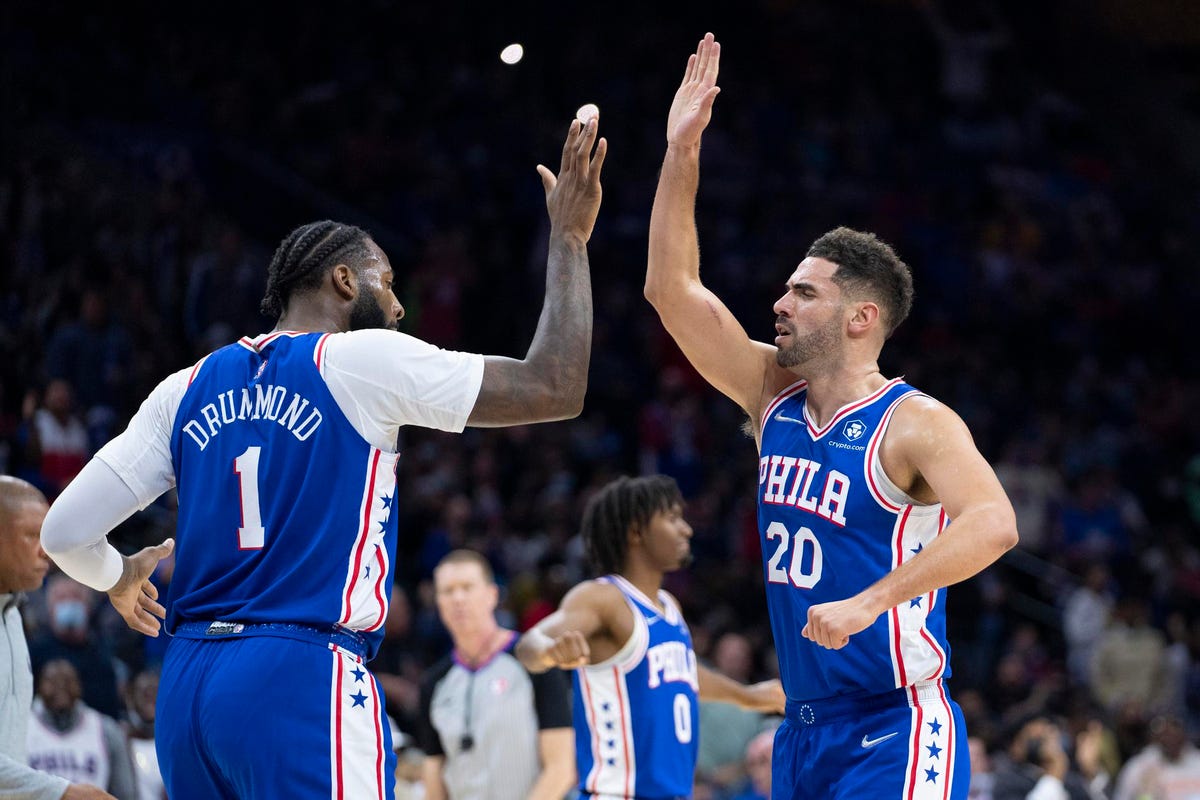 Fresh from a big day out on NBA Friday where we landed all of our best plays, we now focus on the large Monday slate where there are eight more games for us to dissect. Catch our best spread and player prop betting picks for the night right here and as always, good luck to everyone following!

The Knicks have hit a bit of a rough patch with their form after getting off to a promising start. They come into this clash on Monday having lost their most recent game against the Cavaliers by 23 points, which was their third loss from their last four outings. Defense has been a bit of an issue over their last five games where they’ve given up 110+ points on four occasions.

The 76ers had a rough off-season with the whole Ben Simmons sage, but that hasn’t been a detriment to their form as they come into this slate on a league high six-game winning streak. Joel Embiid has been in solid form to start the season, but its been the other guys who have been the most impressive facet of their strong start.

The Knicks already lead the season series 1-0 against the 76ers after defeating them in New York a couple of weeks ago. However, the 76ers haven’t lost a game since that clash and are clearly in the better form of the two sides. Now at home for their rematch with the Knicks, we have the 76ers taking care of business.

Note: Joel Embiid is a late out of this game resulting in the line completely flipping. This is now a no bet game.

The Pelicans were dealt a tough blow leading up to the season when Zion Williamson had to go under the knife for foot surgery. That injury has kept him out of all of their games up until now and it might be a while yet until he can suit up. That coupled with the niggling injury to Brandon Ingram is a big part of why the Pelicans have lost six straight and have the equal worst record in the league.

The Mavericks had a horror start to their campaign when they were thumped by 26 points in their season-opener against the Hawks. Since then the Mavs have been able to find their feet and reel off wins in six of their last eight games to propel them into third spot in the West. Kristaps Porzingis continues to battle his body and has been limited to just four games so far.

Both teams are dealing with injuries to key players at the moment, but only the Mavericks have the depth to be able to make do. The Pelicans are fresh off a 42-point blowout loss against the Warriors and while they should improve on that performance, we still don’t see them getting anywhere the Mavericks on the road.

The Heat added a couple of nice pieces in the off-season to help improve their spacing as well as defense and while there’s always an adjustment period that follows, they’ve come out of the blocks in pretty good fashion. The Heat pulled off an impressive win over the Jazz last time out, which took their season record to 7-2.

The Nuggets entered the season without the availability of Jamal Murray who continues to rehab from his knee injury, but they’re also now dealing with another injury to a key shooter in Michael Porter Jr. Reigning MVP Nikola Jokic is doing his best to hold down the fort, but some lacklustre results in their last couple of performances is definitely concerning.

The Nuggets have done well to stay ahead of the ledger at 5-4 so far, but their performance levels have dipped in the last couple of weeks and that doesn’t bode well for when they welcome the red-hot Heat to town. We can’t see how they’ll generate enough points to outscore the elite Heat defense and as a result will be taking the visitors to cover the spread.